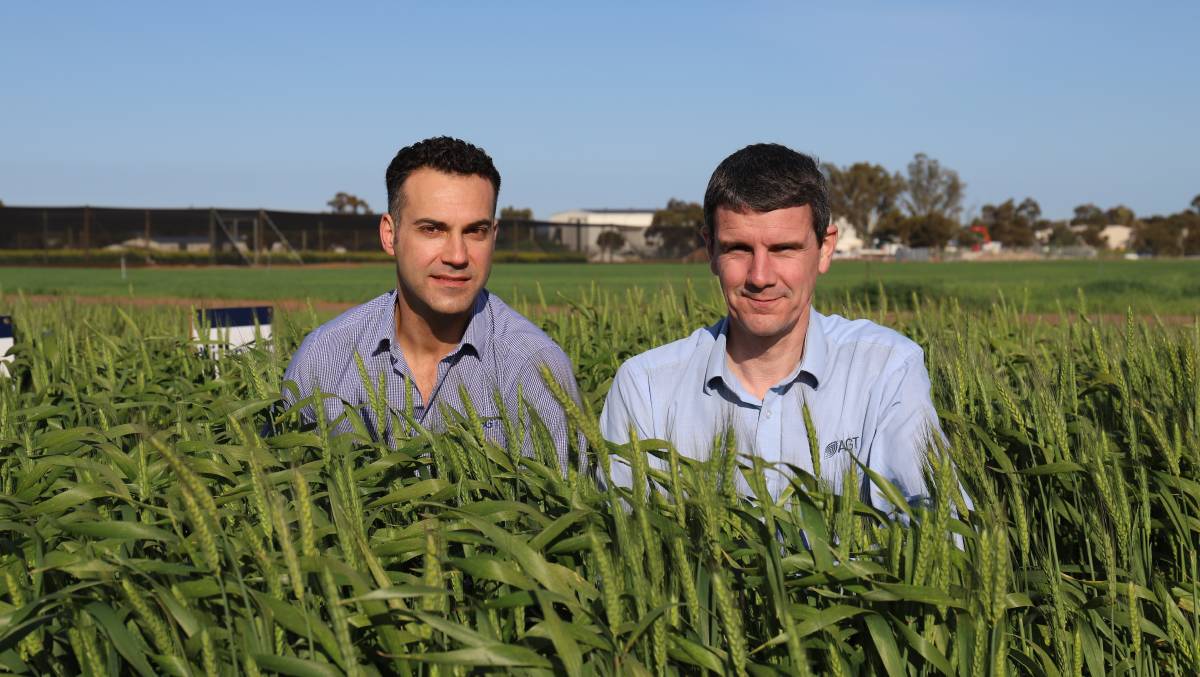 AGT has released its designated replacement wheat for the popular Scepter variety.

GRAIN breeder AGT is set to unveil its replacement for the popular Scepter wheat variety.

The Scepter family of wheat, which goes back to the variety Mace, popular prior to the release of Scepter, which features much of the same genetics, has been widely taken up over large tracts of Australian cropland.

AGT wheat breeder James Edwards said he was excited by the potential of the new Calibre cultivar, saying what Scepter was to Mace, Calibre is to Scepter, comments which are sure to stir the interest of growers who have been happy with Mace's results.

"Calibre will allow growers to take the next step forward in performance and productivity with its elite yields, wide adaptation and improved disease resistance," Dr Edwards said.

Calibre is derived from Scepter and offers the significant advantage of a longer coleoptile.

The coleoptile length is becoming increasing recognised as an important factor as it allows growers to plant deeper to access a moisture and can help with germination if the furrow gets filled by wind or rain event.

He said a long coleoptile was also an advantage in minimising potential off-target pre-emergent herbicide damage which has been a major talking point within the grains industry this year.

In terms of phenology, Calibre is a quick-mid maturing variety with head emergence coming a little sooner than Scepter.

AGT said the variety was designed to suit all areas that currently grow Scepter, including Western Australia, SA, Victoria and southern NSW.

It has an AH quality classification in these target areas, with a sound physical grain quality package.

In Western Australia in the same trialling program, Calibre beat Scepter in 20 out of 27 trials, or around 4.5pc over-all.

"So far, our trials have indicated better genetic resistance to powdery mildew than Scepter, Ballista and Vixen," Dr Edwards said.

AGT chief executive Haydn Kuchel said the company was excited about being able to offer growers another significant improvement in their profitability.

"AGT is all about using our scientific tools and ag experience to develop varieties that help growers thrive," Dr Kuchel said.

"We think we achieved that with Mace and again with Scepter, and we are proud to offer something of real value to growers with Calibre.

"Plant breeding can be a long process - but we get a kick out of seeing our work make a difference on farm."

AGT Calibre will be available through AGT affiliates and local retailers for 2022 sowing.