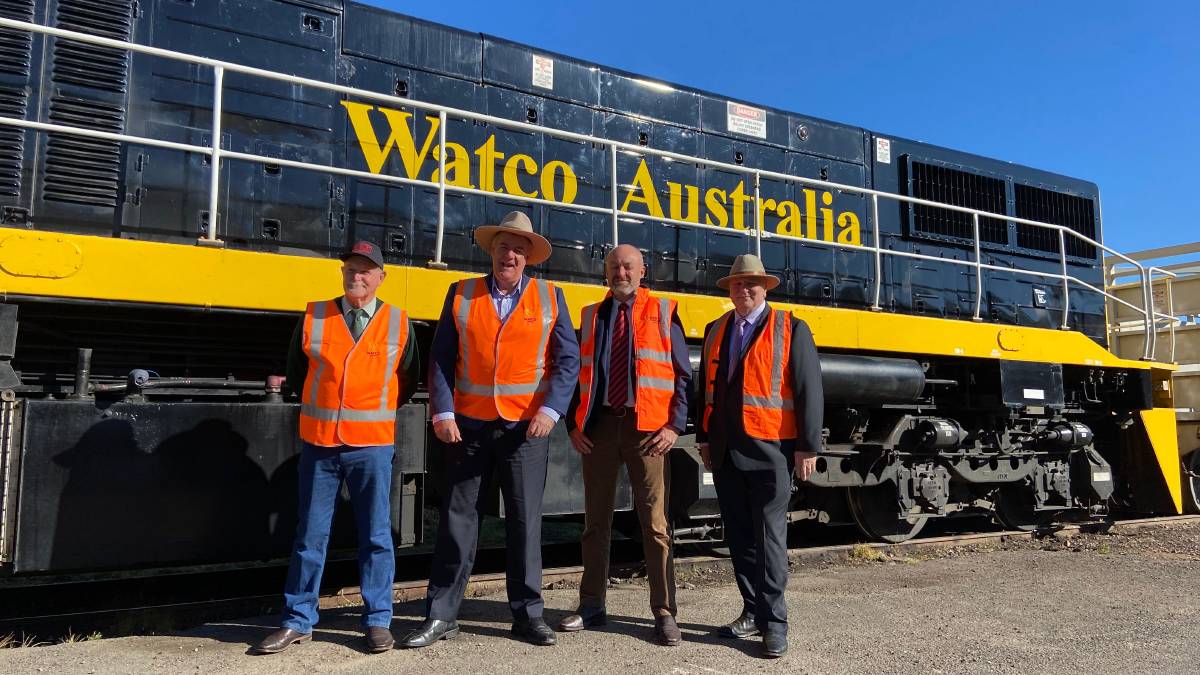 It's the second Queensland cattle rail haulage service for the company, which began operating on the south west line between Morven and south east Queensland 12 months ago.

Speaking from Warwick on Tuesday, Agriculture Minister Mark Furner said the announcement that Watco East West would run the cattle rail transport services on both lines from 2022 to 2028 would help to ensure efficient logistical arrangements to support the cattle supply chain.

Aurizon is currently contracted to provide the central west service.

Mr Furner said the selection had been made following a competitive procurement process, and both contracts would begin on January 1, 2022.

Watco was awarded a short term contract for the south west line in 2020 along with the contract to operate the new Morven Freight Hub.

"We are very determined to make this operation a success and ultimately deliver better outcomes for processors and cattle producers by integrating the two services with road use," he said. "Ultimately, Watco East West will be concentrating on improved communications and better coordination between road and rail."

The company's aim will be to attract cattle into loading points as far north as Winton and Clermont, as well as building greater volumes from the north to the east and into the Morven Freight Hub.

Transport and Main Roads Minister Mark Bailey said transporting cattle on rail reduced wear and tear on roads and reduced traffic congestion, and so a key aim of the contract was to increase the amount of cattle transported by rail services.

"Queensland has the largest and some of the best beef herds in Australia, and the beef industry is a significant contributor to the state's economy," he said.

"It's why the Palaszczuk government invested $5 million to repair the disused Yeppoon branch line, so cattle trains could travel directly into Rockhampton's JBS abattoir.

"More than 10,000 Queenslanders work in the beef industry, and cattle transport is a critical part of its successful operation in a state as large as ours.

"By supporting businesses like Watco to help manage the freight task, we're sharing the load between road and rail."

Mr Hood said it was a well-known fact cattle travel better on trains and he was looking forward to putting cattle on trains in areas where there are already pressure points on the road networks.

"One train is equivalent to around 15 B-doubles and Australian logistics are changing constantly so it is imperative we integrate rail and road usage strategically to get better outcomes for users," he said. "We have government infrastructure that is in fantastic condition across Queensland and it is not utilised to its potential."

Mr Hood said the long-criticised Queensland rail network was more than capable of handling a vast increase of volume, if run properly.

"We have this vital infrastructure that in many places is sitting idle and Watco East West are excited to be reinvigorating its usage to support Queensland's beef industry.

He said the contracts were important for regional communities and actively supported the Queensland beef industry.

Mr Hood singled out Ministers Bailey and Furner for listening to regional communities about what they want to see improved in cattle freight service delivery.

"The communities where we will be operating will benefit from this government decision and we will work collaboratively with the cattle industry and the road freight industry to ensure system coordination," Mr Hood said.