Patrons at the 2021 Queensland Polocrosse club championships at Wandoan on the weekend were treated to some of the best games in Australia this year when NSW team Albury-Holbrook took the A grade final in a thriller.

Patrons at the 2021 Queensland Polocrosse club championships at Wandoan on the weekend were treated to some of the best games in Australia this year when NSW team Albury-Holbrook took the A grade final in a thriller.

The result was a 'best of three' outcome, after the southern visitors beat Tansey at Cunningham's carnival in mid-August and then had the tables turned at Warwick's Rose Bowl carnival when Tansey finished on top in a one-goal win.

The win was a sweet one for Albury-Holbrook, which last contested the Queensland title in 2017, getting rolled by one goal to Tansey that year.

"It was good to get one back," Jim Grills said.

He and fellow players Katie Wills, Matt Davison, Lucy Grills, Marty O'Sullivan and Byron Davison made the decision to relocate to Queensland six weeks ago, when the coronavirus situation was "going south" in NSW.

"We decided that the sun was up, up here, and COVID wasn't here so we came up and thought we'd spend a few weeks," Jim said.

"Then obviously everything went real south in NSW so we decided to stay and see how we'd go in the titles.

"We set ourselves up for three weeks to a month and then when NSW got completely shut down we decided to send a few more horses up and see how we'd go.

"We just sent a few of our older mares up - Percussion, Favour and Truth - and Katie played Percussion in the middle in that final."

Injuries meant their horsepower dwindled as the championship weekend unfolded but in Jim's words, they "found a way".

They based themselves at Russell and Kate Davison's Pittsworth home, whose sons play for Albury-Holbrook, and took part in five southern Queensland carnivals.

"Albury brought a level of excitement we haven't seen before, through their clinical passing and ability to read the game," he said.

Mr Williams said the final 2021 carnival had been a true Queensland championship, thanks to the presence of teams from throughout the state.

Clubs from as far north as Pyramid near Cairns, and Bowen, and as far west as Toompine and Tambo, and all places in between, travelled to Wandoan.

"There were lots of nerves leading up to the event," Mr Williams said.

"We've learnt with COVID though that you keep moving forward until you can't.

"We were certainly missing some numbers - there was hesitancy by some to get a horse fit to play - but we were very happy with the result." 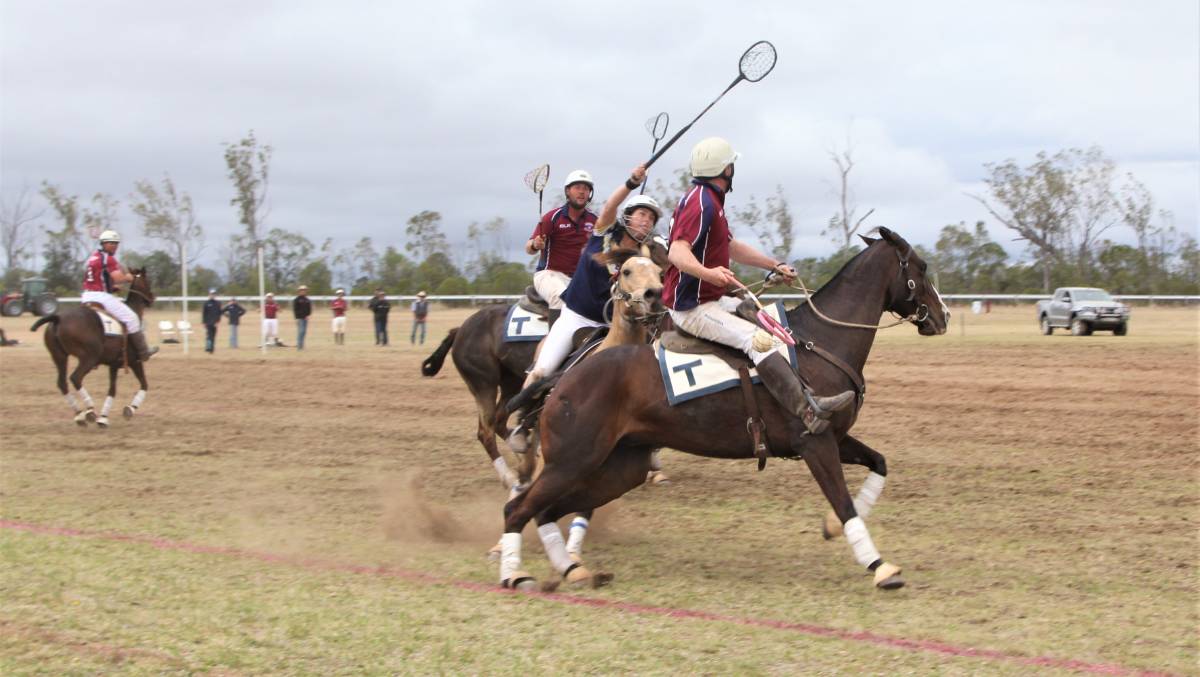 Host club Wandoan won four of the five finals its teams contested, taking out the A and B grade mixed titles, the A grade junior competition plus the G grade championship, and the B grade beaten teams result.

John Bowling and Amy Moloney won best male and female horse and rider prizes in the A grade mixed, while Jack McKenny and Tracy Betts took out similar awards in the B grade mixed.

While it was a long way home for teams such as Pyramid and Toompine, Albury-Holbrook players are waiting a couple more weeks in Queensland before they head south.

"We got our first (COVID) jabs on Monday so we're going to wait two weeks and then head home," Jim Grills said.

"I think we've got 18 breakers so Charlie's pretty keen to get us home."