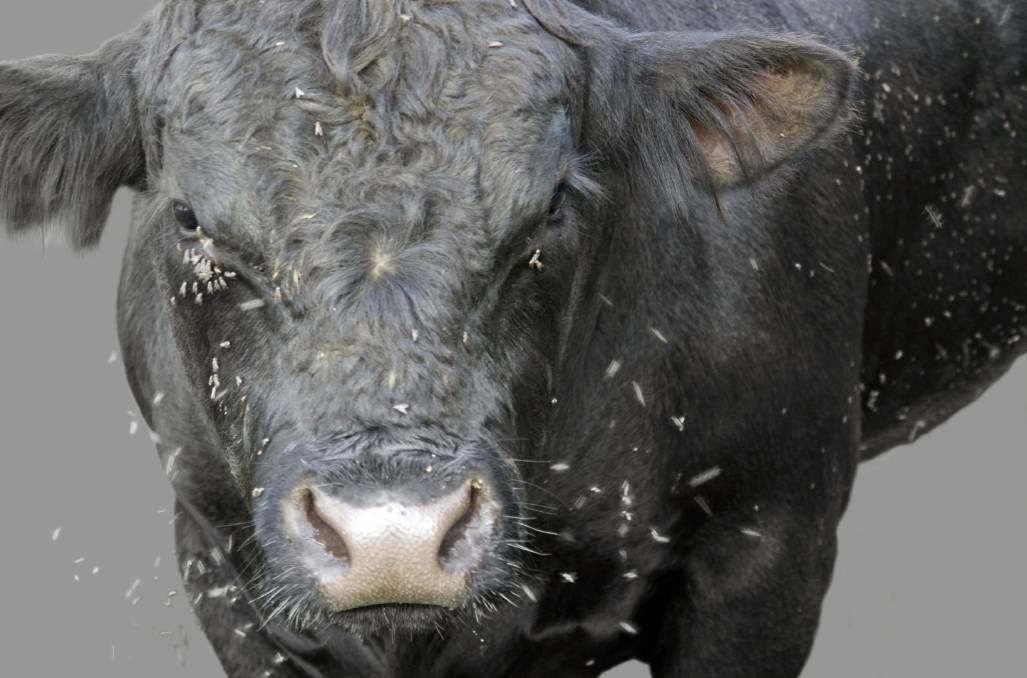 AGENT: Ridding cattle of fly is one of the key uses of ivermectin in Australia. Now the popular animal health product ingredient is being sought by people who believe it will rid them of COVID-19.

What do the studies on ivermectin and COVID say?

IN the wake of a Sydney COVID-19 patient ending up in hospital after overdosing on ivermectin this week, fears are increasing about people seeking to source the chemical from the livestock industry.

The possibility farmers may be instructed to 'lock up' their supplies has been discussed.

The broad spectrum anti-parasitic agent used against worms and external parasites in livestock is becoming a household name on the back of a global movement to use it as a COVID-19 cure.

It has been used in the veterinary game for more than four decades and has made its way into human medicine for treating head lice and scabies.

Australia's chief medical officer Paul Kelly has issued a warning to the public not to take the substance.

"The reality is many trials that have been done into ivermectin and not a single one of them have shown to be effective," he said.

Global media have been reporting shortages of the human tablets and physicians raising the alarm about people getting the drug from livestock supply centres, where it comes in far high doses designed for animals.

Indeed, in the United States, many rural stores are now demanding proof of animal ownership for purchase of products containing ivermectin. Australia may be headed down a similar track. 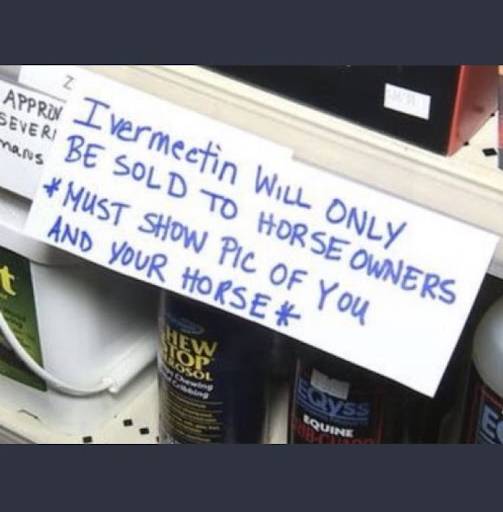 Some manufacturers of animal health products using ivermectin, such as Boehringer Ingelheim, have put notices on websites saying their products are approved only for the specific therapeutic needs of the species indicated on labels and are not suitable for use in humans.

The Australian Veterinary Association said it had not had any reports of supply issues to date and, in any case, there were other alternatives that veterinarians could use.

It also said vets were not seeing any requests by clients to purchase ivermectin for uses other than of a veterinary nature.

THERE are plenty of websites, and social media users, in Australia promoting the use of ivermectin to treat, or indeed prevent, COVID-19.

It's popularity has been likened to the use of the anti-malarial drug hydroxychloroquine, made famous by former US president Donald Trump.

It appears ivermectin as a COVID cure first gained momentum in right-wing corners in the US. In India, the concept is widely promoted.

Australian politician Craig Kelly has also advocated its use.

Prominent NSW Angus breeder and grass-fed beef producer Kit Pharo, Furracabad Station at Glen Innes, said he was confident the ivermectin he was taking would keep him from contracting coronavirus.

In a regular update emailed to clients, Mr Pharo emphasised he was not giving advice or making recommendations but simply sharing his thoughts.

"I'm sure there could be some side effects to contend with if taken for an extended period of time," he said.

"Therefore, I have decided to stop taking ivermectin as a preventative - except for in times I know I will be exposed to a lot of unknown people. If I happen to become infected, I'm confident ivermectin will greatly speed my recovery. I am no longer afraid, because I can purchase ivermectin at the local livestock supply store."

US media have this week reported calls to poison control centers about ivermectin exposures have risen dramatically. The vast majority have come from people who took a veterinary product in an attempt to treat or prevent COVID-19.

What the studies say

Many of the online proponents quote various studies pointing to the success of the agent as an inhibitor of the COVID-19 causative virus in vitro.

In July, respected meta-analyses specialists The Cochrane Library published a review of research into the topic. This work found 14 studies and identified 31 ongoing studies and 18 awaiting classification until publication of results or clarification of inconsistencies.

It concluded: "We found no evidence to support the use of ivermectin for treating or preventing COVID19 infection, but the evidence base is limited."

One of the most quoted studies was run out of Benha University in Egypt, led by Dr Ahmed Elgazzar, and published on the Research Square late last year. It found a 90 per cent reduction in mortality rate in ivermectin-treated patients. It was withdrawn due to 'ethical concerns', with Research Square unwilling to elaborate further.

In March, the World Health Organisation published its assessment of the current evidence on the topic.

A guideline development group was convened in response to the increased international attention on ivermectin as a potential treatment for COVID-19. The group was an independent, international panel of experts, which included clinical care experts in multiple specialties, an ethicist and patient partners.

The group reviewed pooled data from 16 randomized controlled trials including both inpatients and outpatients with COVID-19.

WHO recommended that the drug only be used within clinical trials until more data was available.

In Australia, Monash University research into ivermectin as a potential treatment for COVID-19 is being undertaken by Dr Kylie Wagstaff from the Biomedicine Discovery Institute.

The university two weeks ago published an update saying since the team's initial publication (in April) showing that ivermectin could prevent SARS-CoV-2 infection in cells in the laboratory, funding has been secured to undertake additional preclinical tests to better understand the dosing regimen most effective under laboratory conditions.

The findings from this work are now being prepared for submission to a peer-reviewed scientific journal.

The university said Dr Wagstaff was committed to undertaking a trial that would provide a definitive answer to whether or not ivermectin was a potential treatment for COVID-19.

It also said: "We note, as per the advice issued from the National COVID-19 clinical evidence taskforce, ivermectin is not to be used for the treatment of COVID-19 outside clinical trials with appropriate ethical approval."