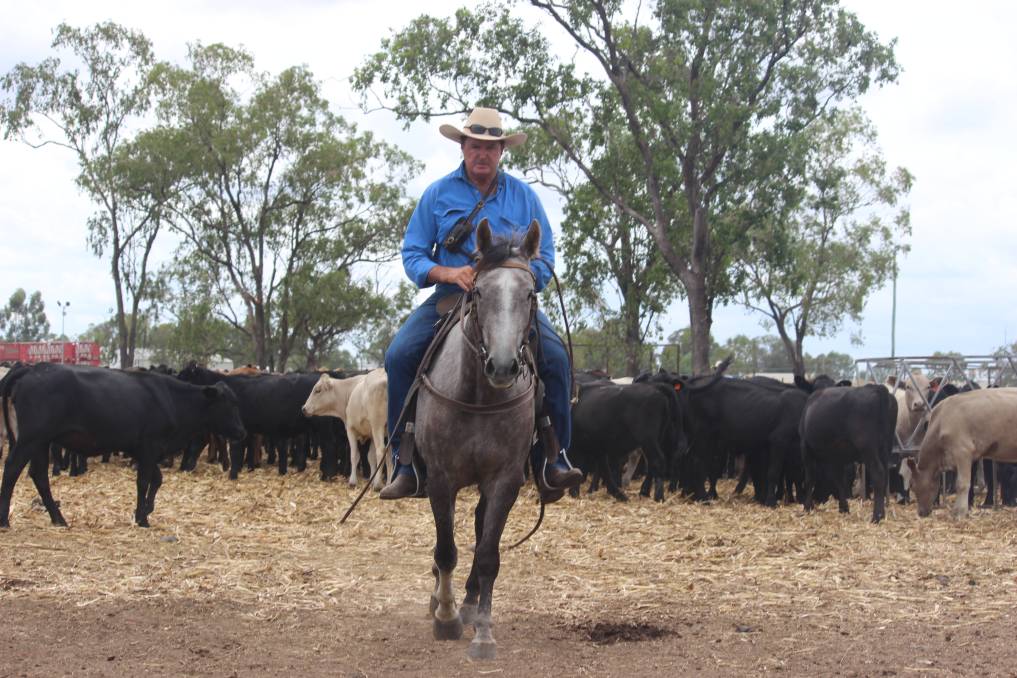 Boss drover Bill Little near the Dalby Saleyards in the Western Downs Regional Council local government area, which will receive a share of the $1 million upgrade. Picture Helen Walker

The annual injection of capital and maintenance funds will be shared across projects submitted by nine local governments.

The state government will provide a million-dollar investment to upgrade Queensland's 72,000 km stock route network ahead of proposed changes to its management.

Resources Minister Scott Stewart announced funding to nine local councils for maintenance and capital projects from McKinlay Shire in the north west to Goondiwindi on the border.

"The agricultural industry is a traditional strength of Queensland's and is a key part of the Palaszczuk Government's economic recovery plan from COVID-19," Mr Stewart said.

"The stock route network is a key piece of infrastructure for our $18.5 billion agriculture sector, with drovers moving and feeding up to 330,000 head of stock across the network each year.

"These funds will allow councils, the network's primary caretakers, to carry out the works they have nominated as a priority so that Queensland graziers can continue to rely on the network."

The annual injection of capital and maintenance funds will be shared across projects submitted by nine local governments, ranging from desilting dams to replacing or installing solar-powered water pumps.

Member for Warrego Ann Leahy, whose electorate takes in both the Maranoa and Murweh Shires, said the funding falls well short of the infrastructure needs of the network.

"Local governments and landholders should all be concerned should be aware of the Palaszczuk labor government ," she said.

The stock routes capital investment is part of more than $42 million being invested into Queensland's resources sector and land programs in 2021-22.

Meanwhile, consultation remains open on a discussion paper which proposes changes to the use and management of stock routes.

One of the biggest users of the stock route, boss drover Bill Little said it was good to see there was some money available for improved infrastructure for travelling stock.

"Lets hope they stick to the Department of Resources specifications for watering facilities for travelling stock and install adequate facilities for larger mobs such as 2000 head," Mr Little said.

Mr Little had traveled through shires in recent times that had been overlooked on the funding list, and they certainly needed some money for improvements.

When Queensland Country Life caught up with Mr Little, he had 1500 steers on the road south of Charters Towers in that local government control.

"The noxious weeds are pretty frightening with parthenium and the highly poison mother-a-million growing rampant," he said.

Last year Mr Little traveled with a large mob through the Isaac, Central Highlands and Banana Shires and said the noxious weeds were also rampant in those shires.

"The stock route is the greatest national park in the world and the environment needs to be protected as it belongs to everyone," he said.

AgForce and the Local Government Association of Queensland have welcomed the release of the discussion paper.

Mr Stewart said the proposed changes were about ensuring the fees users paid were reinvested in maintaining the stock route network.

Consultation on the discussion paper closes on September 3.