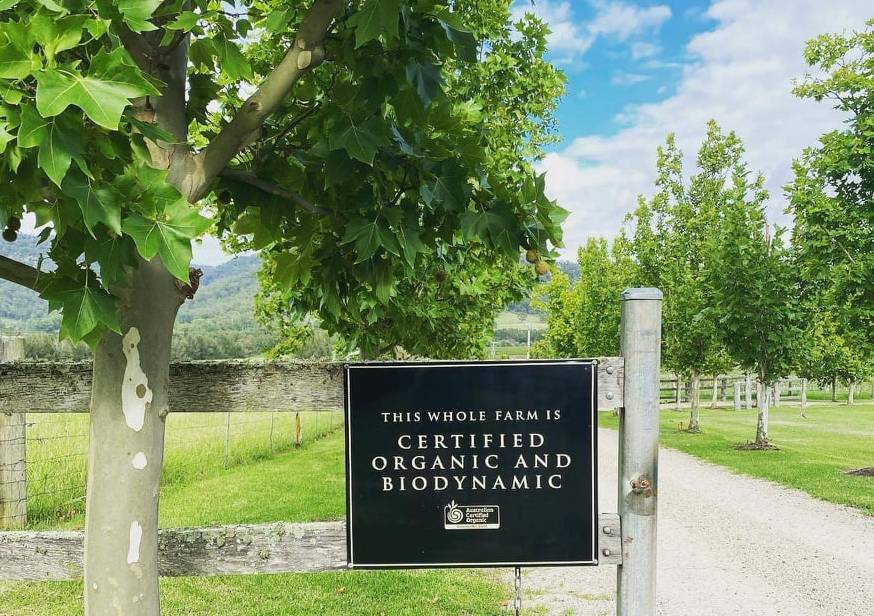 It's more expensive and most commonly favoured by younger, relatively well paid city dwellers, but in a sign of the times, four in every five Australian shoppers are quite happy to buy organic food.

In fact, despite typically costing about 25 per cent more than conventional supermarket lines, 60pc of Australians are buying organics at a low level, and in particular, showing a high interest in fresh organic produce.

And chances are the 37pc of Australia's regular organic shoppers are healthier because of their choice, according to mounting medical evidence - as are the soils growing their food.

Organic industry research shows consumers are increasingly likely to be thinking of their health when opting to eat food produced without preservatives or synthetic agricultural chemicals, medicines and fertilisers.

With the coronavirus scare dragging on in the background, more than 60pc of shoppers surveyed in the past year cited personal health as a motivator for their first purchase of organic produce

About 45pc alluded to environmental advantages in organic agriculture.

Although conceding organic farming could not realistically replace conventional production around the globe, Sydney doctor and president of the Australian College of Nutritional and Environmental Medicine, Mark Donohoe said there was little doubt an organic diet had big advantages.

This was particularly the case for many people struggling with immune system, gut health, inflammation and skin health issues.

We could reduce the national health budget if there was more support for organic food production and its availability - Dr Mark Donohoe, Australian College of Nutritional and Environmental Medicine

"Obviously agriculture has to be pragmatic about feeding an 8 billion population, but we're seeing a high proportion of patients having an adverse reaction to their environment which can't necessarily be treated by dispensing pills," he said.

"It's remarkable how cleaning up your diet with clean food, clean water, and a clean environment, can quickly help counter conditions like arthritis or inflammatory bowel disease, cardiovascular issues or chronic skin complaints.

"I'm sure we could reduce the national health budget if there was more support for organic food production and its availability."

That's a thought likely to be loudly applauded by Australia's $2.5 billion organic sector, which coincidentally celebrates every September as Organic Awareness Month.

"Not all consumers want to go down the fully organic route, but many make that decision responding to health concerns," said Australian Organic chief executive officer Niki Ford, herself an organic convert a decade ago after suffering poor health.

Sydney-based Dr Donohoe said while many people, particularly busy working families with children, did not consider or could not regularly afford the organic choice, it was indeed a life changing shift for some patients with serious health issues.

"In fact, there's plenty of evidence to suggest we'd have a lot fewer health issues in our population if we paid more attention to eating quality food early in our lives - as children and young adults," he said. 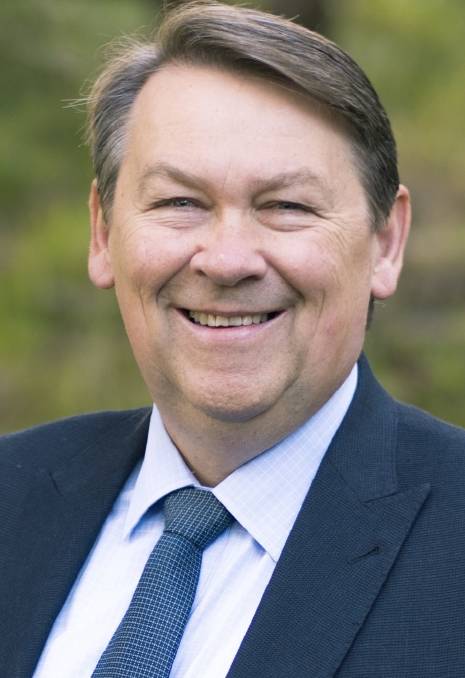 "Unfortunately, it's often the case that we don't start thinking about, or shopping for, a healthier diet until we're much older, and potentially getting sick."

However, those trends may be buckling somewhat, given recent consumer survey work for Australian Organic found the organic market's most devoted buyers were aged in their 30s, while shoppers who were strongly committed to regularly buying at least some organic products were typically aged 18 to 29.

Consumers in both groups were, conveniently, likely to be earning relatively healthy wages of between $84,000 and $125,000 a year.

Meanwhile, organic producers also insist their soils, crops and livestock are better fortified from seasonal extremes, pests and diseases because of the different attention they receive. 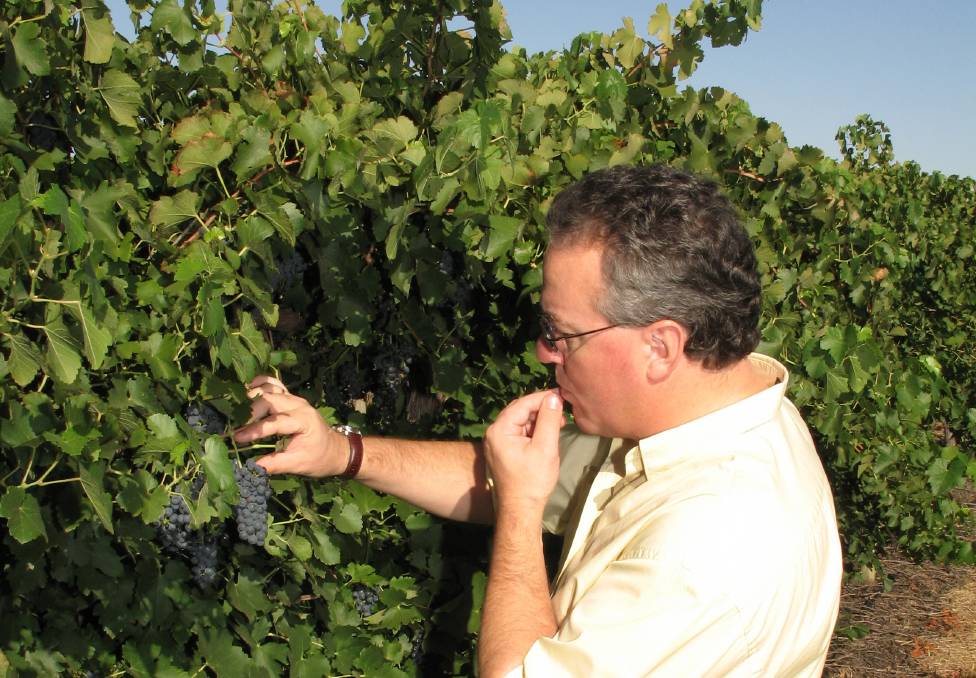 Irrigation water use is also down 25pc or more on the organic Riverland vineyards of South Australian wine producer, Angove, because the soils have better moisture holding ability and greater microbial activity feeding the vines, thanks to regular composting, cover cropping, more soil carbon content and reduced tillage.

In fact, vineyards converted to organic were not only drought-hardy, but also excelled in unusually wet seasons, said Angove winemaker Tony Ingle.

The Angove family's long history of conventional winemaking made a radical turn in the millennium drought when water availability was tight and managing director, John Angove, took a punt, converting some of the company's 500 hectares of vines near Renmark to organic production.

Drought was an important driver Mr Ingle said, as was the cost of keeping water up to "highly manipulated" conventional systems which had since proven far less resilient than organic vineyards.

"But the breakthrough moment came in the really wet 2011 vintage when our vines survived and delivered far better results than conventional vineyards," he said.

Although the organic sites initially went into two seasons of shock, the winemaker's increasing area of organic grapes emerged more resilient to weather and pest issues, and "better at looking after itself". 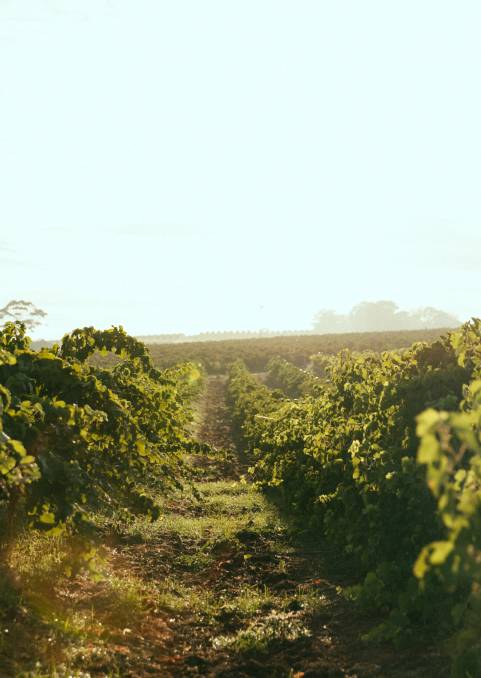 In humid conditions conventional fungicides have been replaced by an organic alternative - bicarbonate of soda - beneficial insect life, including bees, has flourished, and dozens of ducks now waddle through the vineyards combatting snail activity in spring.

"There's been a lot of really positive change in our Riverland vineyards, even if they do look scruffier," Mr Ingle said.

"They smell cleaner, the soils are far less compacted, and fortunately they've transformed our business."

Admittedly yields were about 30pc below previous peaks, however Angove saved on many input costs, including water, crop chemicals and mainstream fertilisers.

"The industry isn't looking after the land well enough to keep it performing profitably - the country's getting hungrier."

In contrast, the Angove family was enthusiastic about making its production base more long lasting, continuing a 133-year wine industry legacy and helping bolster sustainability in farming and regional communities.