Beau North and fiance Katherine Fausett on their block west of Sarina.

Sarina's Beau North has set himself a new challenge, to transition his cane crop to grazing using regenerative agriculture practices.

The 68 hectare (167 acres) block west of Sarina was purchased by Mr North and his fiancé Katherine in December last year in their attempt to secure land after a decade of leasing and agisting.

Beef producers at heart, the pair had not anticipated owning a cane farm until the opportunity arose.

"Beef cattle was always our passion and our background. We were happy with our lease blocks and we had good landowners however we realised that we needed to have a base ourselves so we said 'well, we need to buy a place'," Mr North said.

"Cattle blocks that had been improved were just exponentially high in terms of price to purchase into.

"We saw this block and it was only a couple of kilometers down the road from where we lived. Initially we didn't want it because it had cane on it but It fitted the price range that we had in mind." After learning of other producers in similar situations who had successfully converted their own crops, Mr North became enticed by the challenge.

"We're probably going about it a little bit differently to others. We're not going in and planting a perennial crop straight away, we're actually going to plant a multi-species mix with 10 different species of annuals," he said.

"We're looking at first improving the soil before we rush in and look at trying to increase production straight away.

"We can obviously graze that annual crop straight away as well, however eventually in a year or two we will go back over and have to introduce perennial species into the mix."

Mr North said the initial annual crop will include things like sunflower, lab lab, cow pea, sorghum, millet and a bit of tillage radish as well.

"The cane has been farmed there for the last 80 to 100 years, and it's mono-cultured that soil for so long. We're looking at introducing different species so that we can bring in different soil biology and access different nutrients," he said.

"Ultimately, we're attempting to prove that some of the regenerative agriculture principles that we've been using and working with to date could actually work on improving a property that's been conventionally run for so long as well.

While the ultimate goal for Mr North is to end up on the land permanently, the pair still rely on off farm income to keep their dream alive.

"There's a lot of young people that are really passionate about agriculture like Katherine and myself, however we know that to get our own start there's not quite the return on it on those smaller blocks," he said.

"We were very beef focused in the beginning but now we're possibly looking into vegetables and other types of crops that we can grow in a regenerative sense that will actually yield us some money because we understand that on 167 acres we're not going to run enough cattle to make a living.

"It's about thinking outside the square in this game and looking at different enterprises that may work." 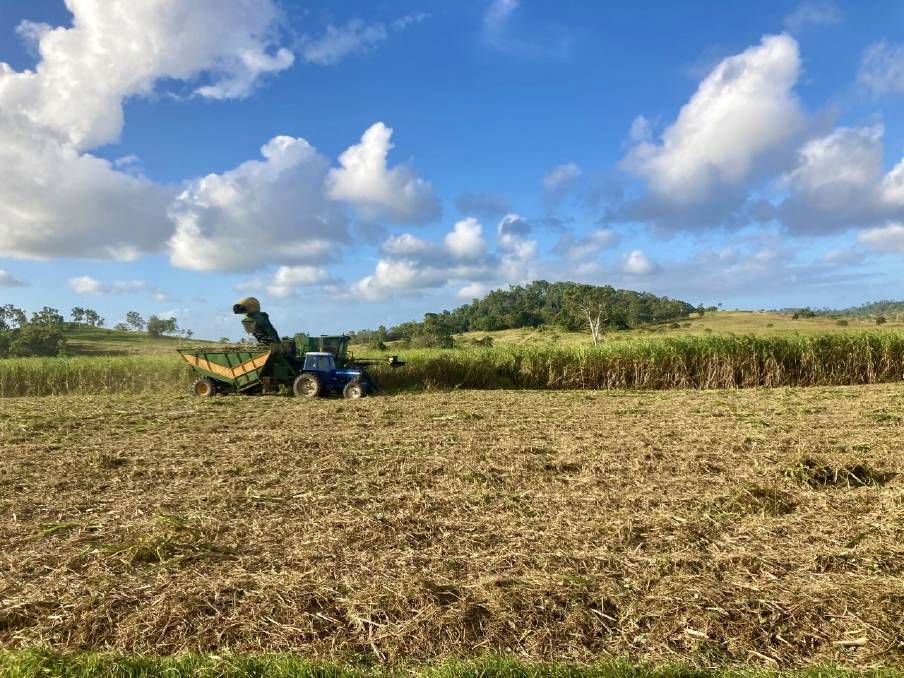 Mr North made the decision to follow the cane crop through to harvest when they purchased the block last year.

"We decided to keep the cane however, we refused to spend money on so we didn't fertilise or spray it," he said.

"We were trying to eliminate input costs in terms of synthetic fertilisers and pesticides and herbicides so we didn't touch it and it's yielded quite well considering.

"That gave us a little bit of money to purchase the seed for our first annual crop and now we're just waiting for the remainder to be harvested." 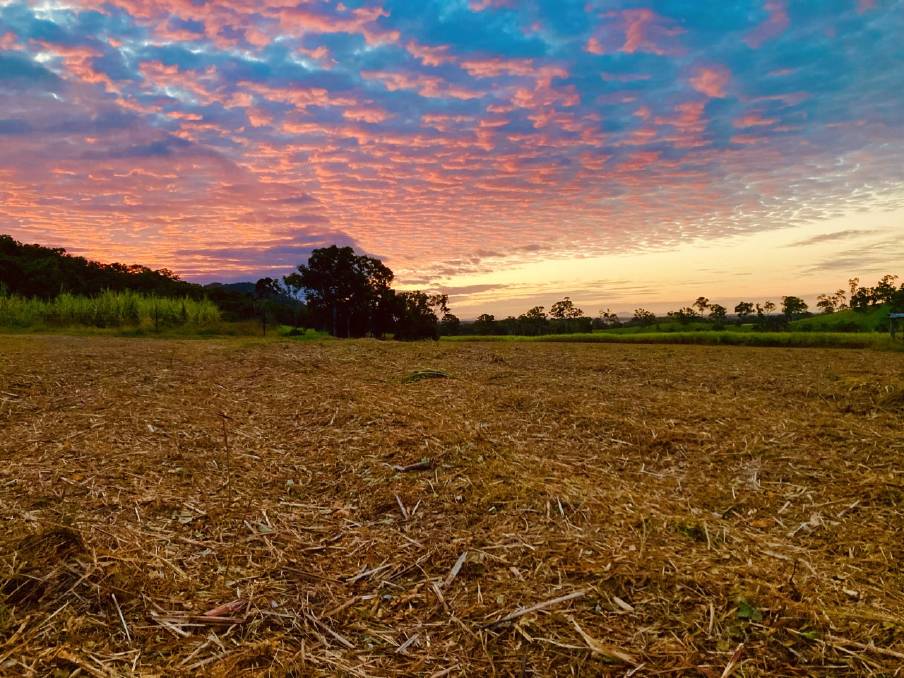 Fifty per cent of the cane crop has been harvested to date, with the transition process still in it's early stages.

Unfortunately with our reductionist type science we try to put things in a little box and we don't understand that it's all interlinked. - Beau North

"The process for us following harvest will be to lay a trash layer. We'll then be looking at offsetting it and turning as much cane trash back into the ground as possible," he said.

"If it becomes a little bit too hard we'll look at burning and from that point in time we'll go through and seed with a direct seeder to introduce the annuals.

"We've introduced cattle in the mean time to maintain the cane and keep it at a manageable level so it doesn't start to gain and get stalky."

Through his own learnings, Mr North hopes to encourage more young farmers to look into utilising regenerative agricultural practices within their own enterprises.

"I was relatively conventional in my thinking to begin with as well but data it king. People want to see it in cold hard facts that it's better," he said.

"Unfortunately with our reductionist type science we try to put things in a little box and we don't understand that everything is interlinked.

"I really want to produce good healthy food for people. Good nutrient dense food not just cardboard and I want to be able to take comfort in knowing that if someone came over they could eat that homegrown fruit straight off the tree, or vegetable straight from the garden without worrying about chemical residue."