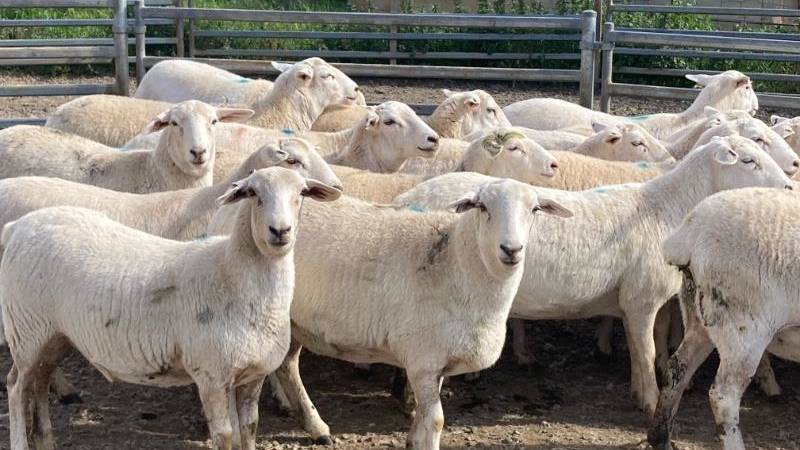 Records have tumbled once again, thanks to a line of 26 Australian White ewes sold in Tuesday's AuctionsPlus national sheep sale, which reached the staggering price of $1,210 a head.

Records have tumbled once again, thanks to a line of 26 Australian White ewes sold in Tuesday's AuctionsPlus national sheep sale, which reached the staggering price of $1,210 a head.

It's believed to be an Australia record price for ewes.

It's the fourth time in just over two months that record-setting prices have been achieved by Australian White ewes, with the price rising by $222 from the first record set on June 16.

Vendors Brian and Helen McKelvie from Marrar, Riverina NSW, offered up the line following the recent success of Australian White ewes and saw it clear its reserve by $310 and go on to beat the previous $1015 record.

The ewes in the record-smashing Tattykeel-certified line are aged between 11 and 13 months, averaged 60.7kg liveweight and scanned in lamb to Tattykeel rams as twins.

The McKelvies also offered up a another line of Australian White ewes, scanned in lamb with singles, which sold to $1040 to Anne Sowden, Jindera, NSW.

Mr McKelvie said he hadn't expected the prices to climb as high as they did.

"I thought maybe with some other having made $1000, that we might get close to that," he said.

"I was pleasantly surprised to see them get to where they did.

"It was good viewing to watch that." 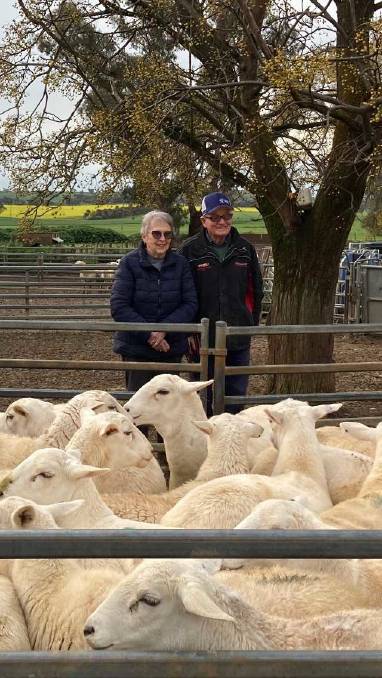 Helen and Brian McKelvie were pleased to see their line of 26 Australian White ewes achieve a record price. Photo: AuctionsPlus.

Mr McKelvie said he thought the lines they offered had been pretty special.

"The fact that they're non-seasonal breeders, we have three joinings in two years so we're averaging about 200 per cent a year in lambs out of them, which makes them more attractive for the lamb market," he said.

Wagga Regional Livestock agent Isaac Hill, also the son-in-law of the McKelvies, said the recent market prompted them to list the ewes on AuctionsPlus and it had been a fantastic result.

"They weren't chasing the record but had a line of recently SIL ewes to twins that pushed them to see where they were at," he said.

"It's exhilarating... we never knock back a record."