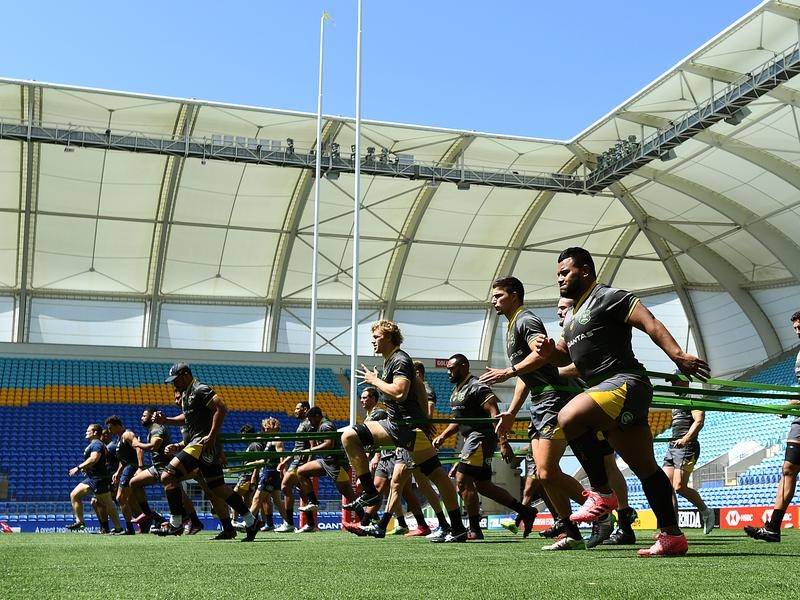 The Wallabies will play a number of Rugby Championship matches in Queensland.

Queensland will host Rugby Championship games in a series of double-headers.

Queensland will host Rugby Championship games in a series of double-headers played in Brisbane, Townsville and the Gold Coast.

Queensland Premier Annastacia Palaszczuk announced on Tuesday her state would play host to majority of matches remaining in the four-nation competition, saving it from moving to South Africa or Europe.

Games played in Queensland will be held over four weekends from September 13 to October 2.

There has been no announcement yet on the fate of the Wallabies' postponed Test against New Zealand with Rugby Australia still hopeful that Bledisloe Cup/Rugby Championship showdown will be played on September 4 in Perth.

Rugby Championship matches were initially set down for Newcastle and Canberra but those cities remain in lockdown due to the COVID-19 outbreaks in NSW and the ACT.

The chief executives of the four SANZAAR nations met online on Monday to agree on the tournament schedule.

Quarantine circumstances for South Africa and Argentina also needed to be nailed down.

The Queensland government is believed to have given the visiting teams permission to train while completing their 14-day quarantine period.

The Springboks and Pumas are set to arrive by Friday from South Africa after playing their second Test there on the weekend.