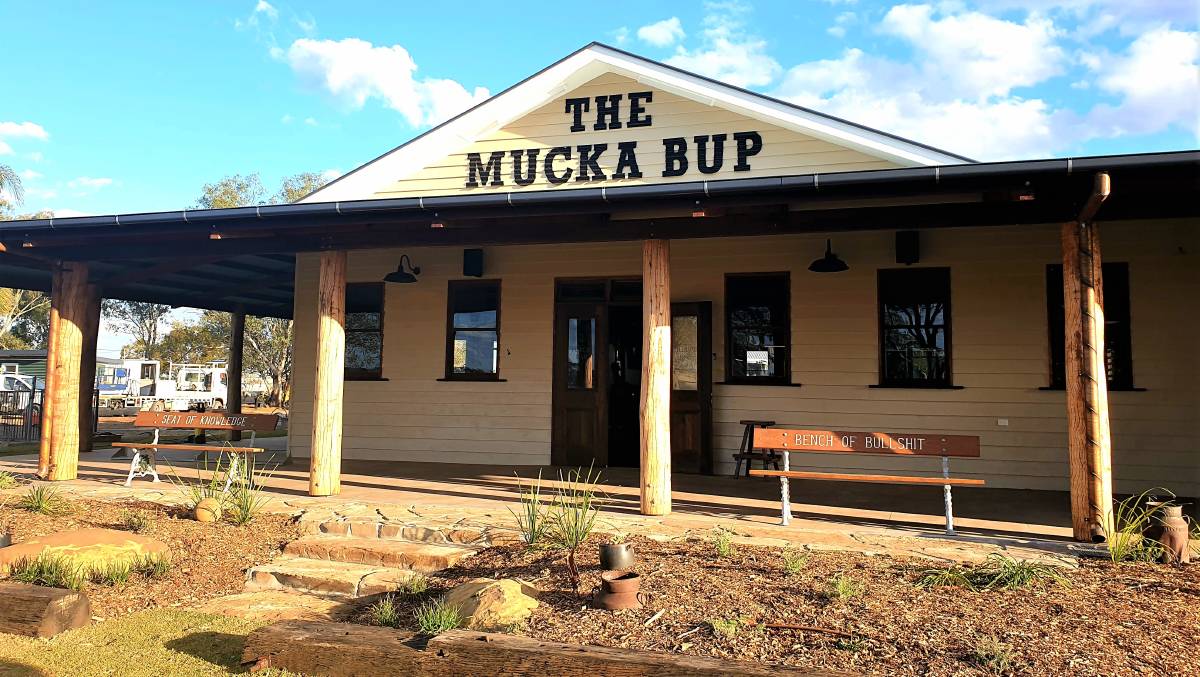 A mucked-up name - it's the perfect statement for a building in a place called Muckadilla, and it's shone a spotlight right on the town's much anticipated new hotel.

A mucked-up name - it's the perfect statement for a building in a place called Muckadilla, and it's shone a spotlight right on the town's much anticipated new hotel.

Travellers have been eagerly watching the rebuilding of the Mucka Pub 40km west of Roma since September last year, when locals Marty and Kristy Coomber decided they wanted to give the community back its local watering hole after fire destroyed the hotel on August 8, 2019.

So closely has the work of Roma carpenter Rob Pollock been scrutinised from passers-by on the Warrego Highway that it was only 10 minutes after the pub's name had been given the Fawlty Towers treatment and switched from Pub to Bup, that comments began streaming in.

"It was just one of those things we did and thought, we'll wait and see how long it takes for someone to tell us that it's wrong," part-owner Kristy Coomber said.

"It took 10 minutes, and then it went on Facebook and next minute, city media are all ringing.

"it just went stupid, we had no idea it was going to do that."

The question now is, will they revert to the conventional spelling or leave it the way it is?

"No-one wants us to ever change it again," Ms Coomber said.

"Everyone's like, you have to keep it, so we may.

With an opening on the cards this weekend, there will be a few people on hand to toast the new pub, whatever it's name.

Ms Coomber said they were very nervous but also excited to finally be at the stage of serving customers.

"We've got some really good staff with us and we've got a lot of family and friends that are helping us out too, so we're lucky," she said. "We've nearly finished all the interior design part of it, it's just cleaning and furniture, and then the beer arrives."

Delays in the supply chain held up the pub's rebuild, and Ms Coomber freely acknowledges their insistence on not taking second-best had played its part.

"It was mainly our faults because we wanted the perfect piece of timber, but hopefully it'll be worth the wait," she said.

Marking out the wide boundaries of the ground-level verandahs are ironbark posts sourced locally from the properties of friends, and downpipes made by Marty Coomber from auger flight add more of that country atmosphere. 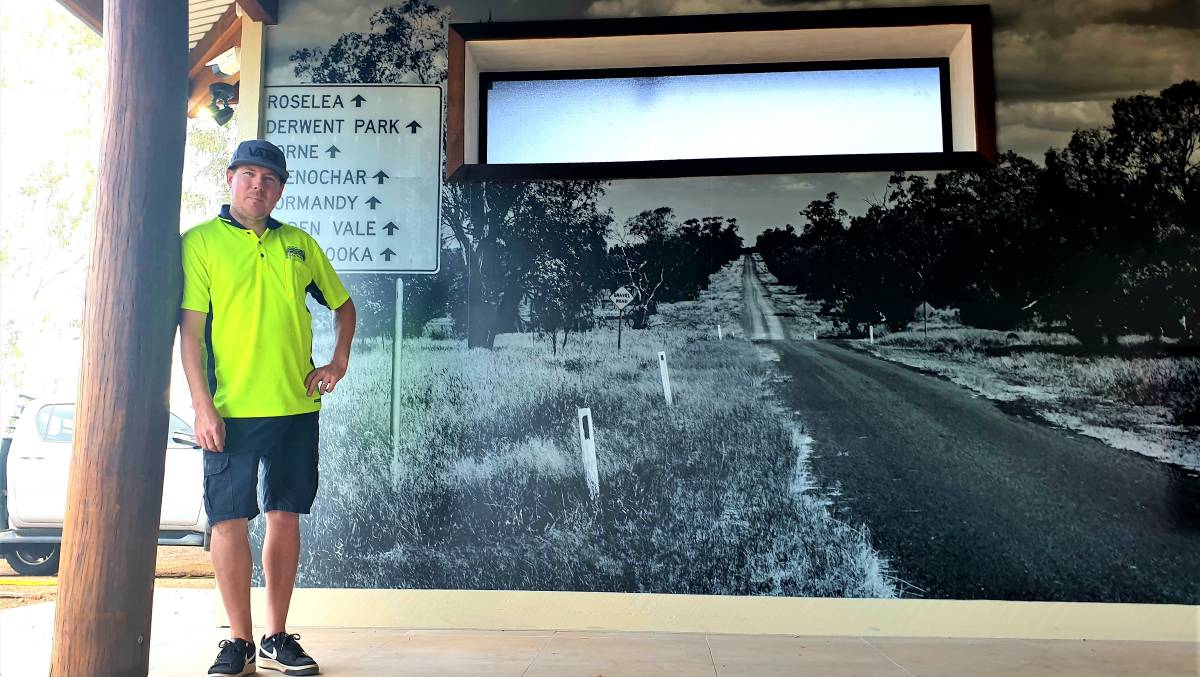 Beerwah signwriter Barry Wease with one of the eye-catching black and white landscapes that stand out on the hotel's outer walls.

Book-ending the two outer side walls of the hotel are striking black and white landscape prints installed by Sunshine Coast signwriter Barry Wease.

He said when the Coombers offered him the job, he jumped at the opportunity.

"How could you not want to help out something like this, the resurrection of the old pub," he said. "I love this sort of stuff and the chance to get out in the country air."

He's another of the many fans of the mucked-up pub name.

"The day after they did it, people were talking about it on the Sunshine Coast," he said.

While the Coombers have had to watch helplessly as the great western Queensland tourism safari passed by in a seemingly endless stream this year, they have purchased the block of land behind the hotel and are already planning accommodation.

"As soon as this is up and running we'll start on cabins," Ms Coomber said.

"(We'll have) eight cabins to start off with and we'll have a heap of van parks as well.

"Of course, we're about to open and they cancel the Birdsville Races, the poor things.

"That's alright, they're going to do two next year and we will be here for whoever comes out."

The story When is a pub not a pub? When it's the Mucka Bup! first appeared on Queensland Country Life.