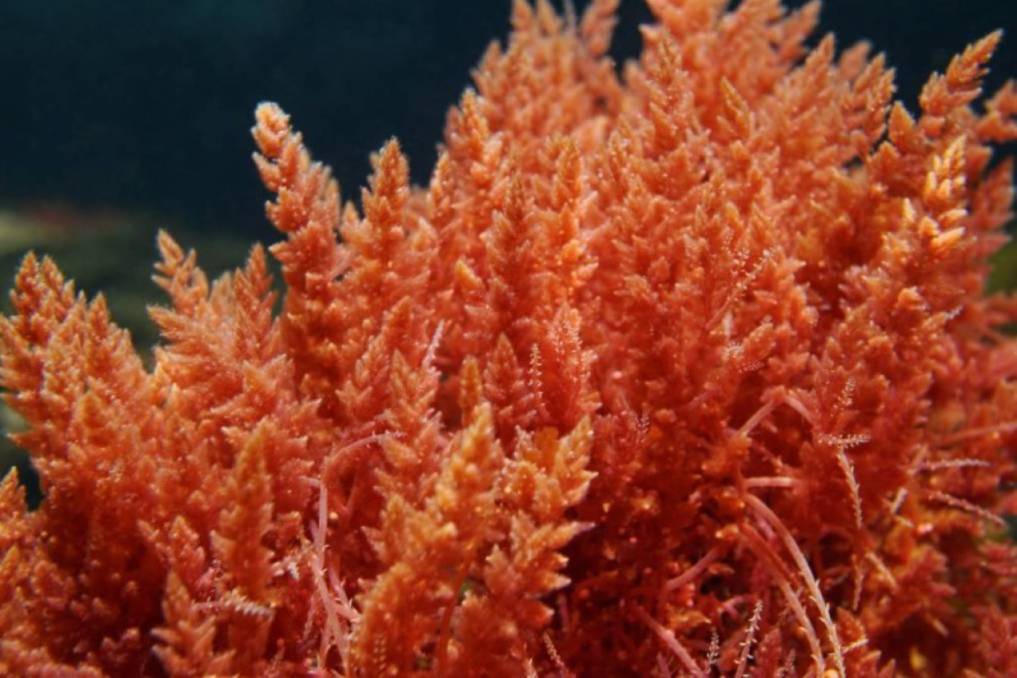 DOUBLE WHAMMY: The native species asparagopsis has been show to not only drastically reduce methane emissions in cattle, but increase their productivity.

Just 50 grams a day has been shown to reduce cattle methane emissions by 95 per cent. It's also been shown to increase cattle productivity by up to 20pc.

AUSTRALIAN seaweed could be a $1.5-billion agricultural sector within two decades, due to its ability to reduce methane emissions in livestock while improving their productivity.

A new industry body has been established to help drive the growth of the emerging seaweed sector.

The Australian Sustainable Seaweed Alliance (ASSA) has set ambitious targets of $100 million in production by 2025, and $1.5 billion by 2040.

The red seaweed asparagopsis is already driving significant demand from farmers. The native species has been shown to reduce cattle methane emissions to almost zero when just a small amount is added to their feed.

Australia is leading the way in the emerging market, with company's such as FutureFeed - born out of a partnership between the CSIRO, MLA and James Cook University - turning the seaweed into a feed additive.

Just 50 grams of FutureFeed's product a day has been shown to reduce cattle methane emissions by 95 per cent. It's also been shown to increase cattle productivity by up to 20pc.

CH4 Australia has licensed FutureFeed's technology and is planning to rapidly scale up production to meet the growing demand.

"The cows retain that methane energy, which translates to a 15 to 20pc productivity increase," Dr Main said.

"That could be through the amount of milk or meat produced, or through food to conversation ratio, so feeding the cattle less to get the same result or feeding them the same amount to get them to market quicker."

Dr Main said CH4 would be pricing the seaweed additive would be similar and interchangeable with other feed additives.

The seaweed industry has a number of positive spinoff benefits.

"This isn't about just making a feed ingredient, it's developing a whole new industry for Australia and communities all around the world and it's unique in that it addresses a market need, so there is already significant demand," he said.

There is also research investigating whether seaweed forests can be planted near river outlets in Queensland to filter out pollution and protect the Great Barrier Reef, while the FRDC and the South Australian government have partnered with a local Indigenous group to build seaweed farms.

Fisheries Research Development Corporation has been driving research in the emerging seaweed industry.

Managing director Patrick Hone said although it was too early to tell how wide spread the use of seaweed feed additives would be, the signs were promising.

"If all the predictions that people are anticipating, it's almost like a game changer for animal ruminants producing methane," Dr Hone said.