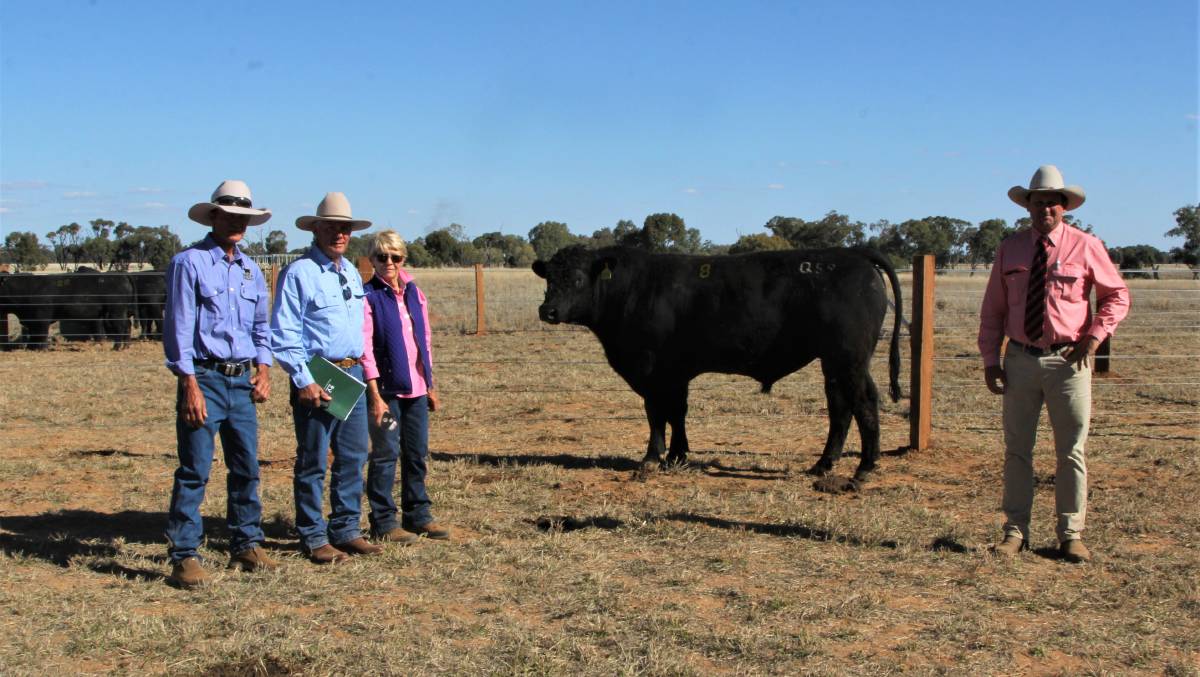 Quidmaker is his name and his new owners, Bim and Susan Struss, Havelock, Mitchell are confident their black Simmental purchase at Thursday's sale at Fairview, Mungallala will live up to that title.

Quidmaker is his name and his new owners, Bim and Susan Struss, Havelock, Mitchell are confident their black Simmental purchase at Thursday's sale at Fairview, Mungallala will live up to that title.

After inspecting the 27 bulls on offer at the stud's second ever sale, Mr Struss used the AuctionsPlus platform to duke it out with Peter and Cassie Ryan, Ularunda, Morven for the two highest price bulls on the day.

When the Helmsman auction ended, they had paid the top and second-top price and each went home with one bull.

As well as an eye muscle area of 138 square centimetres and intramuscular fat of 5.7 per cent, the bull had semen morphology of 91pc and a scrotal circumference of 39.5cm.

The Struss's poll Hereford herd has 75 years of breeding behind it, with more recent Angus/Brangus genetics, and this is the first black Simmental bull they've bought, but Mr Struss said the estimated breeding values of the bulls on offer couldn't be overlooked.

"We buy all bulls these days on EBVs, using Tim Emery at DAF to select the best figures for us on fertility, calving ease, then birthweight and growth rates to 600 day," he said.

"Then we come and have a look at docility, structure and ability to walk out.

"We're very impressed with how quiet these bulls are, and we think this fellow will grow out well.

"Plus he has extraordinarily good semen morphology, which is highly important to us." 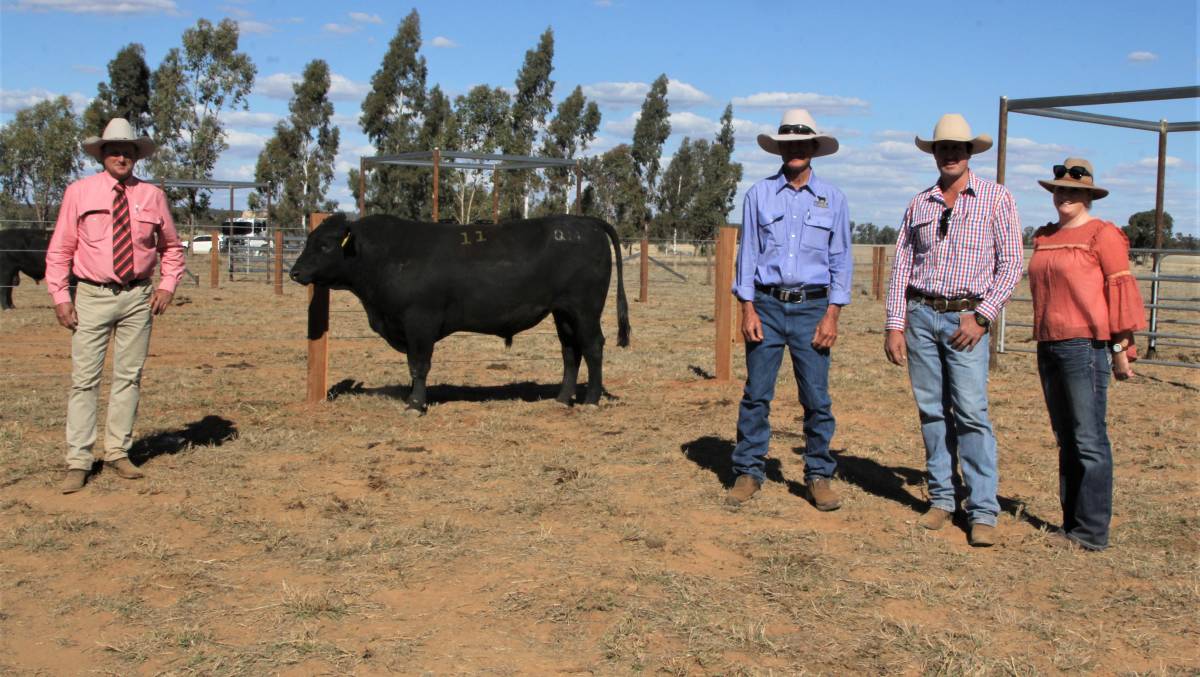 Morven's Paul and Cassie Ryan also stressed the importance of EBVs to their bidding on the day, in which they finished with Fairview Quimby Q14 (PP) (AI) (B) for $20,500.

Also the first black Simmental bull the Ryans had bought, he weighed 806kg at 25 months, had semen morphology of 93pc and a scrotal circumference of 41cm.

Both he and the top priced bull were sired by Hooks Yellowstone 97Y (P) (B).

"He was even across the board and we like that the bulls are paddock prepared," Mr Ryan said.

"We have a Brahman cross herd and use Simbrah and Brangus bulls - we bought this one to add bone structure.

"Plus temperament is number one and these bulls are beautifully quiet."

The purchasers of last year's top priced bull, the Pampling family of Derbyshire Downs, Augathella were back again this year to successfully select two bulls, one for $19,000 and the other for $14,500.

One of the features of the sale was the strong support from producers in the Warrego/Maranoa regions - all but one of the bid cards, both on the ground and through AuctionsPlus, were registered to people with addresses from Yuleba to Tambo.

Golden Grazing, Pembroke, Roma repeated last year's outcome as the volume buyer of the sale, loading five bulls onto the truck for the trip east for an average price of $12,400.

Stud principals Tony Horvath and Roslyn Ware were very pleased with the result and to see new buyers mixed in with return purchasers.

"The top bull is a real curve-bender - he had explosive early growth, finishing ability and is very docile," Mr Horvath said. "He's backed by a strong maternal line."

He said the price people were getting for their cattle was matched by the higher average price being paid for bulls, so the outcomes were on a par.

The stud anticipates having 50 bulls for auction next year as it ramps up its AI program.