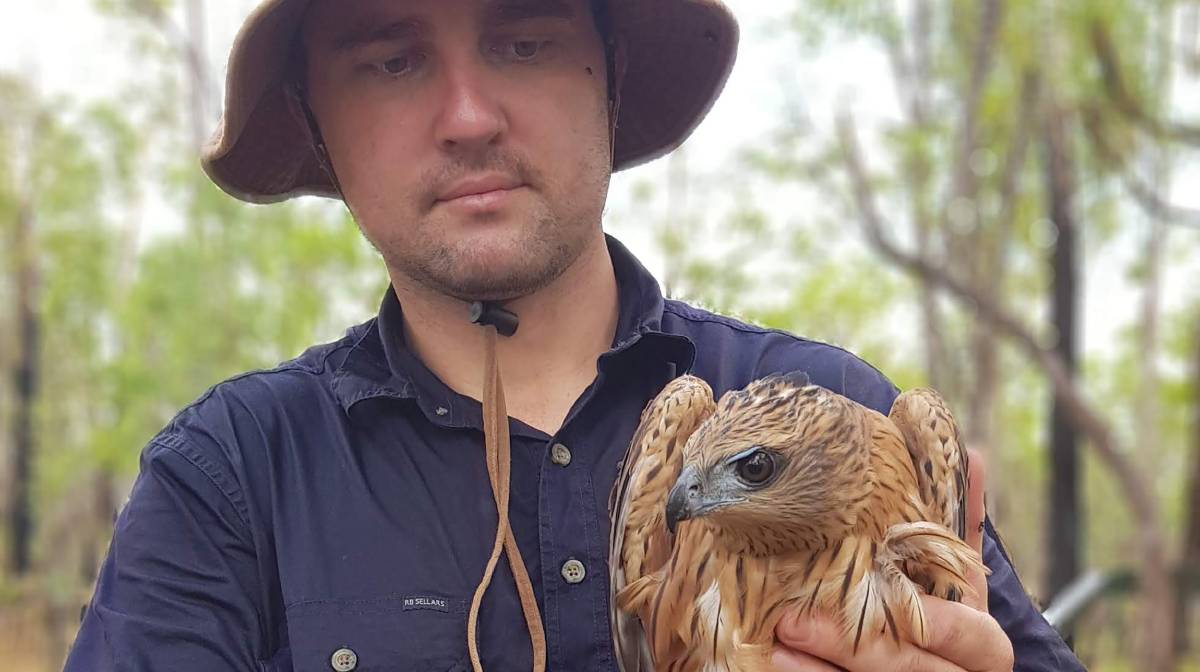 Our rarest bird of prey now appears to be relegated to the northernmost parts of the country.

It was once found from Sydney to Cape York and across to the Kimberley, but in recent decades, Australia's rarest bird of prey the red goshawk appears to be declining in numbers.

The red goshawk population was estimated at 1400 mature birds in the 2010 edition of the decennial book, The Action Plan for Australian Birds, but after finishing the second year of one of the most comprehensive studies of the species to date, researcher Chris MacColl thinks the number is much lower now.

"Based on the more recent work that I've done looking at the numbers that are coming in each year and the surveys that I've been doing in areas where we thought they would be and they're not any longer, I think it's a little on the high end," Mr MacColl said.

"I've found about 12 to 13 nests and those nests represent what we call breeding pairs, so you've got a mature adult male and female that are there to try and rear their young. That's the sum total of all the ones we know of."

The Toowoomba-based University of Queensland PhD candidate is leading the charge to ensure the future of the species with a five-year project, spending most of his research time in Cape York.

The aim is to find out how many red goshawks are out there, where they live, their behaviours, and if their reproduction levels are sufficient to sustain the species.

He is joined by Australian Wildlife Conservancy senior ecologist Dr Richard Seaton and the Queensland Department of Environment and Sciences.

Rio Tinto, which has bauxite mining interests in Cape York, is fully funding the project from 2019 to 2024.

The research builds on a Rio Tinto and Queensland Department of Environment and Heritage Protection pilot program which began in 2015 after a nest was found on its mining lease near Mapoon.

Mr MacColl said the ongoing loss of the red goshawk was not only concerning for the individual species but the environments it once occupied.

"Unfortunately, they're inherently rare, but becoming increasingly more so," he said.

"We've seen them decline significantly up the east coast, where they were once found all the way south to Sydney, but now we believe they're totally gone from most of the east and can only find them now in northern Australia - Cape York, Northern Territory and the Kimberley." 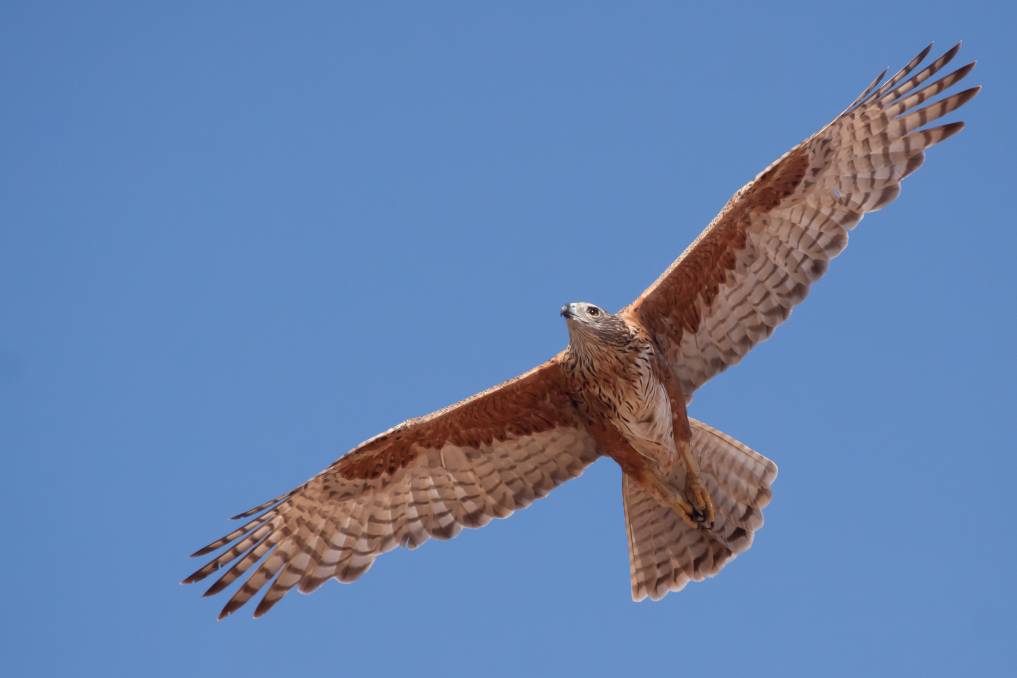 Finding a cause for the decline

Mr MacColl said while land clearing could be a primary cause of the species' decline, it was too early to be definitive.

"There's no smoking gun. It's logical that loss of habitat or conversion of habitat to urban development and farmland over time has had an impact because they're a forest-dwelling hawk.

"One of the mysterious things is that 20 to 30 years ago, you could still find them here in the ranges of Toowoomba and in the Lockyer Valley.

"They were always scarce, but people would see them a few times a year, every year, and then just in the last decade, they've just completely fallen off the map, so we don't really know why. Whether it's one particular cause or multiple causes, it's driven down their population over time to the point that it has not come back.

"I've tried to figure that out by researching birds where you can still find them, in northern Australia - to try and draw some conclusions as to what happened down here in what was the south east of their range."

In a possible development, the researcher recently found a dead chick under a nest in Cape York, so he had it examined.

It came back positive for beak and feather disease - a disease that primarily affects parrots.

"If you've ever seen a bald cockatoo or lorikeets that come out of the nest without all their feathers and can't fly and they just run around - they don't typically survive. That's a virus that causes that.

"Other scientists are just now learning that it's actually been detected in lots of other species, not just parrots, so that's something we're going to really start looking at now.

"The birds we catch to do our tracking studies with, we'll also collect a blood sample and start looking at various viral loads and what's going on there."

Read more:Bromadiolone not the answer to mouse plague woes

Research in the north

The team's field season is guided by the species' breeding season, with most of the research conducted at the nest site because that is the one known location in the landscape where the birds will return.

One of the key things the research team has been doing is putting tracking devices on the birds so they can learn about their home range, seasonal movements and the habitats they use.

They head north in the dry season in May-June when the birds begin courtship. The eggs are then laid in July-August.

The eggs hatch around September and the chicks will leave the nest at the break of the wet season in November- December.

"Then those guys head off to hopefully survive and find their own territories and go on to make more little red goshawks," Mr MacColl said.

Mr MacColl said there had only been one other major study on the species - conducted in the late 1980s in Kakadu National Park by Tom Aumann and David Baker-Gabb.

He said the researchers were able to catch two males and one female for early radio-tracking studies.

A passion for birds of prey

The researcher's passion for birds of prey stemmed from watching falcons as a child.

"I can actually remember as a young lad seeing my father's flocks of pigeons flying around and having peregrine falcons stoop down into the flock and try and knock them off, so I think I've been fascinated with them since that time.

"It is lucky timing and circumstances that put me in this position now to be researching what is our rarest and one of our most captivating birds of prey."

Mr MacColl said five years of research might seem like a long time to some, but that was the only way to make informed conclusions.

"It's what it takes if you want to work on a species like this. Your data is very hard won because they're so rare.

"If I put a tracking device on a bird today, it can last three years, so you're just collecting data for three years until eventually the battery dies.

"I've then got my data, and only then do you start analysing and writing about it, so it's going to take a while, but by the end of it we should have some really groundbreaking findings for this species that is poorly known."

"There are big gaps in knowledge. The Gulf country, the Einasleigh Uplands, Central Queensland - these are all places that red goshawks have been historically, but we just haven't had any records for 10 or so years. That's not to say they're not there any longer - we just don't know."

The results of the study will be published in a yet-to-be-determined Australian ornithology journal in 2024.