Efforts are being ramped up by government and business to discredit alternatives to the proposed Inland Rail route across the Condamine River Floodplain. Image - ARTC, artists impression

Efforts are being ramped up by government and business to discredit alternatives to the currently proposed Inland Rail route.

EFFORTS are being ramped up by government and business to discredit alternatives to the proposed Inland Route across the agriculturally important Condamine River Floodplain.

The push follows the recent release of a damning Senate Committee report titled 'Inland Rail: derailed from the start', which found Inland Rail builder Australian Rail Track Corporation had not adequately considered the concerns of local residents regarding the chosen alignment and their proposed solutions.

The report calls for a revised business case directing ARTC to consider the concerns of local residents along the B2G (Border to Gowrie) project, including consideration of alternative routes to the west of Millmerran.

Central to the Senate Committee's findings were concerns about ARTCs flood and hydrology modelling, validated and further fueled by an independent panels draft report. 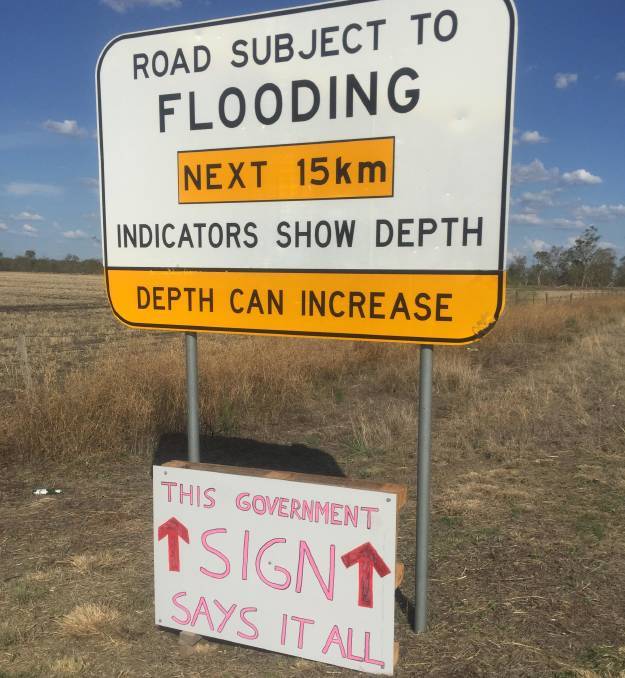 Those concerns were given further weight by Agriculture Minister David Littleproud (LNP Maranoa), who argued in a confidential four page document circulated late last week that the controversial route should be changed, a move criticised by some of his colleagues, The Australian newspaper reports.

Federal Member for Groom, Garth Hamilton (LNP), said it was critical the project was delivered without further delay across the Condamine Floodplain, despite saying ARTC's handling of the community was the low point of the project.

Any further reviews of the Inland Route route could result in further "unacceptable" delays of up to three to five years putting the "greater good" at risk, he said.

Mr Hamilton said regardless of the findings of the Senate committee, he was confident ARTC would engineer an appropriate solution across the floodplain.

Alternative routes had already been reviewed with the Condamine Floodplain route being consistently shown to be most appropriate, he said.

"It is BS to suggest the forest route west of Millmerran has been properly reviewed," Mr Judd said.

It is BS to suggest the forest route west of Millmerran has been properly reviewed. - Wes Judd, Millmerran Rail Group

"Let's cut out the nonsense and deal with the facts so we can all be confident in the Inland Rail.

"I would welcome Mr Hamilton to a public debate so we can understand his points of view and we can show him what is happening on the ground."

It seems unlikely government will be able to ignore the Senate committee report given the level of concern in the community.

The report says ARTC and Australian Government had sought to reassure the committee and local communities that the independent panels findings will be integrated into the Inland Rail flood modelling and design.

"However, the committee questions the adequacy of this integration process given the independent panels final reports are not due until the end of 2021," the report reads. "It is vital that flood modelling and the design of Inland Rails crossing of floodplains accurately reflects the possibility of flood events and does not amplify the pre-existing risk factors already faced by communities, landholders and local businesses.

Construction of the $1.4 billion, 216km Border to Gowrie section is expected begin next year, to be completed in 2026, despite ARTC still not publicly releasing the design and costings for the floodplain section of the project.