Four legendary rodeo competitors and Rotarians who have created a lasting legacy have been inducted into the Isa Rodeo Hall of Fame. 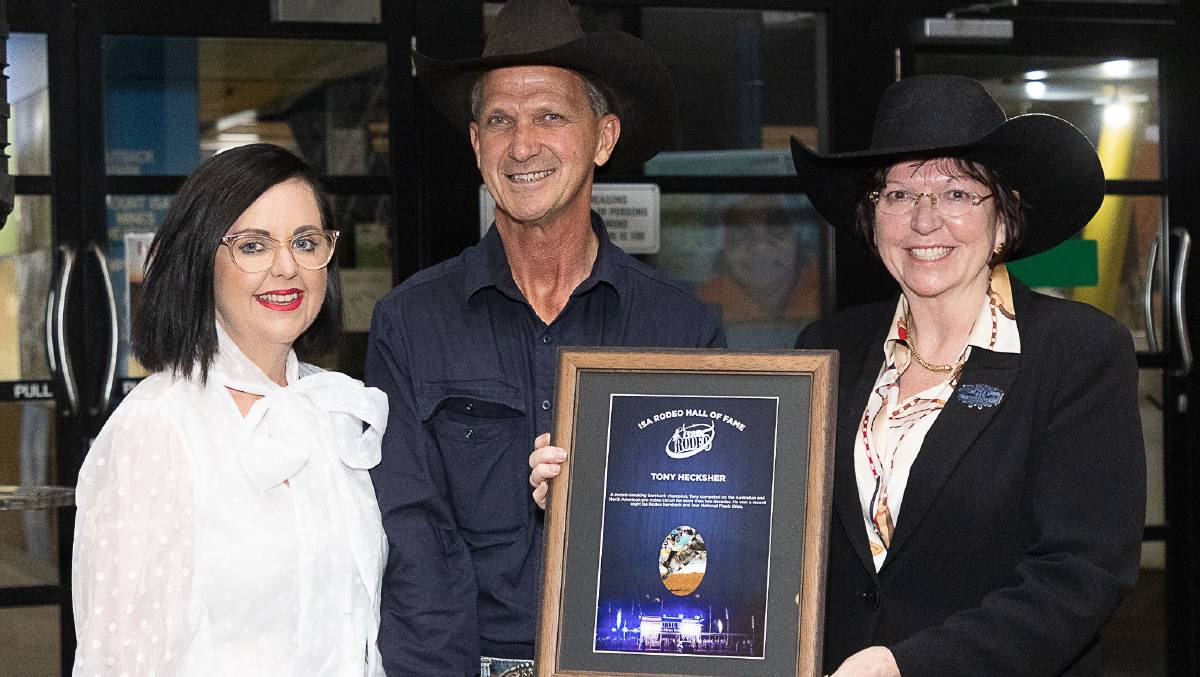 Four legendary rodeo competitors and Rotarians who have created a lasting legacy have been inducted into the Isa Rodeo Hall of Fame at Outback at Isa on Thursday night, August 12.

The third set of inductees to the Hall are rodeo legends Jim McGuire and Tony Hecksher and Rotarians Bob (Robert J) Keoghan and Jim O'Shea.

Isa Rodeo Limited CEO Natalie Flecker said the four 2021 inductees had made an incredible contribution to the rodeo itself and the sport of rodeo.

"We are very proud to announce the 2021 inductees for this year when we celebrate a return to the Buchanan Park Arena for the 62nd Isa Rodeo," Ms Flecker said.

Tony Hecksher is only surviving member of the quartet and amused with a story of surviving a torrid experience in the red dirt.

The other awards were collected by family members and friends.

Known as the `Ironman of Rodeo,' Jim was one of the most successful competitors in the Australian Professional Rodeo Association. Born in Ipswich in 1937, he moved to Taroom as a stockman. In 1956, he joined the Australia Roughriders Association and was renowned as a very versatile competitor.

A real all-rounder, competing in every event at most rodeos.

Early in his career he won a rodeo scholarship with the Western Texas College in Snyder, Texas. He went on to compete on the Pro Rodeo Circuit all over Australia and North America for 21 years, including the Calgary Stampede, Cheyenne Frontier Days Rodeo and Mount Isa Rodeo back home.

A Rotarian for over 35 years, Bob generously contributed in the substantial growth and success of the Isa Rodeo. He always offered his cranes, trucks and labour for the ongoing expansion and maintenance of the Rodeo grounds. He was also a successful campaigner for the Isa Town Clock.

Rotarian Jim O'Shea was passionate about supporting the Isa Rodeo since its earliest days.

Born in Melbourne where he trained as a builder before moving to Mount Isa and working for Mount Isa Mines before setting up his own construction company. Jim married a local lady Lillian Rosevear in 1959, the year of the first Isa Rodeo and as a local businessman and Rotarian he was keenly involved right from those early years.

He spent almost 20 years in various roles including Assistant Arena Director, took over from Ted Davies as Arena Director and later Chairman. He was also President of the Mount Isa Rotary Club.

This involvement with the rodeo lasted right until he left Mount Isa in 1977. Not only did he fill these positions but Jim happily volunteered countless hours on working bees at Kalkadoon and Carandotta Station, and enjoyed getting hands on fixing fences and helping out where needed. Unfortunately Jim passed away in 1996 from mesothelioma, but his contribution to the Isa Rodeo will always be remembered.