Goovigen producers are getting down to business in new farming trial. Goovigen producers Matt and Justine McLeod are questioning the norm in a new farming trial tackling two of the biggest issues in a farming business; water and money.

The trial at Lake Pleasant kicked off in July and will capture a series of data to measure and compare overall soil and plant health using different conventional and regenerative farming practices.

Agriculture Research Manager at the University of Queensland, Johannes Biala said this is the only large scale trial involving hay production in Central Queensland that he is aware of.

"We are running large scale replicated trials elsewhere, but there's only one other like this one in Queensland at the moment and it's in Roma and the farmer produces oats," he said.

With 96 plots placed side by side throughout a 8 hectare paddock at their Lake Pleasant farm near Goovigen, each plot has been broken up to receive different organic and synthetic inputs.

"We've got all the composting, worm extracts and biofertilisers along one length, cris-crossed with the synthetics," Mrs McLeod said.

"We've planted two different crops for the trial- a monoculture of Lucerne, and a multispecies mix containing Lucerne, cereals and herbs.

"Essentially we'll be tracking the soil penetration, water infiltration, brix reading and yield within all the plots."

For the McLeod's, the trial is about utilising that scientific approach to capture hard data and demonstrate what's possible and what each farming method can do in terms of water retention, drought resilience, input costs, profitability and soil health.

"For us its about getting that practical 'what does this mean to your back pocket' understanding and its literally from day one. Its not like we've been doing it for five years and recovered our soil," Mrs McLeod said.

"The intent is for us to learn, but to also be able to share the information around with what's the impact with how much water efficiency you get, how much yield and then overall soil and plant health with each of those different treatments."

Coming from a cattle background, the pair boldly entered the farming game 10 months ago when they purchased Lake Pleasant, a 243 ha mixed farming block.

"If you're not steeped into it, and don't own a lot of country you have to think outside the box of how to get ahead," Mrs McLeod said.

"We were willing to isolate a paddock for 100 per cent trial and that's how we've ended up in the position we're in now." 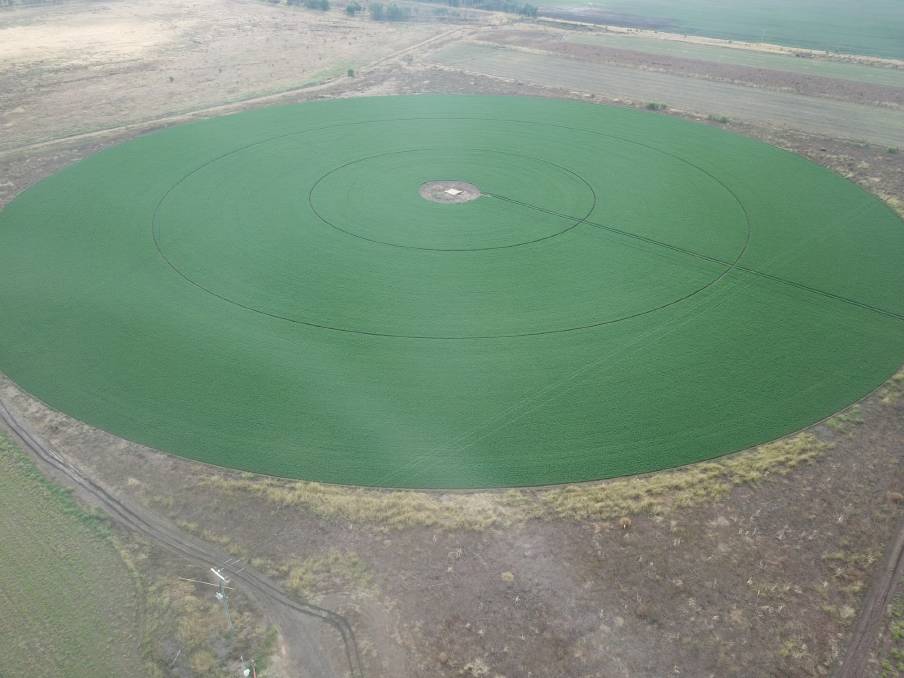 With support from UQ, Fitzroy Basin Association and various composting and agronomy professionals, the trial was able to come to fruition.

"We've got the next 18 months locked in in terms of working with the FBA and UQ but then we'll continue that from then on," Mrs McLeod said.

Mrs McLeod says UQ is supporting with all the technical, design and analysis side of things.

"We're also being supported by Organic Nutrients, a compost company who is supplying all the compost free of charge.

"Ross Newman is the agronomist that we're working with, supporting us in interpreting the information and understanding the soils test results. He's helped us devise the species blends that we planted for the cover crops based on our soils type." The McLeods have recently started farming their own worms.

Mrs McLeod says Fitzroy Basin Association will be organising a string of field days that will run in conjunction with the trial, to help get people involved and really assist with disseminating the findings so that farmers can utilise the information within their own businesses.

I removed the blinker and really listened to people and learned from their mistakes and don't get me wrong, I had more to list than they did but I'm highly accountable for it and it's only gotten me ahead. - Matt McLeod

"From a climate perspective we do have less predictable rain fall, even longer droughts so I think people are realising they have to do something different, which is why we wanted to get more data to back different methods," Mrs McLeod said.

"People often won't listen unless there is a motive, profitability being a big one."

Mr McLeod can still remember the light bulb moment in his head when he decided to go down the regenerative grazing and farming path.

"When Justine and I first started I'd already had the cattle block at Wowan and she came over and I had cattle in the paddocks, no grass but lots of water in the lake and the river," he said.

"She pointed out the extreme density of grass on the side of the road next to my bare paddocks. It'd had no more rain than inside my paddock.

"Everything then seemed obvious. No one was messing with the side of the road, it was poor management that I was doing inside that caused the issue." 16 month old Sophia helping her mum fill a bucket of water to make biofertiliser at the recent soil health workshop they hosted.

The McLeod's have made gradual changes to their block since then, implementing rotations to rest country and have now doubled their original carrying capacity.

"Wherever there's a problem there's a cause and you're not going to fix it unless you know the cause of it," he said.

"I'm the first one to put my hand up and say that I had too many cattle on my block for too long."

Mr McLeod admits that patience has not been his strongest virtue going down the regenerative agriculture path, but that it's crucial for getting the ultimate result.

"We removed the blinker so to speak and really listened to people and learned from their mistakes and don't get me wrong, I had more to list than they did but I'm highly accountable for it and it's only gotten me ahead," he said.

"At the start it was very overwhelming, I didn't see results straight away so I panicked a bit and thought I was doing something really wrong.

Aside from the trial, Mr McLeod has completely removed the use of synthetic inputs from his own Lucerne crops through a gradual reduction process.

"You can't cut synthetics out straight away because it's what your soil is used to, and you will see a decline in yields but not for very long. Now our best producing hay paddocks are the ones that have not had synthetic fertiliser since December last year," he said.

"I just think the more people that can come and see these field days, even if they only take one little thing away from it, the better.

"We understand that everyone's business is different. You can't expect someone to be using the same practice as you because your lands different, and your drivers are different, but its about being open minded in this game."

The first field day is scheduled to kick off at Lake Pleasant on Wednesday September 1, and will be covering the farming trial to date, and various other soil and plant health aspects with multiple industry experts.