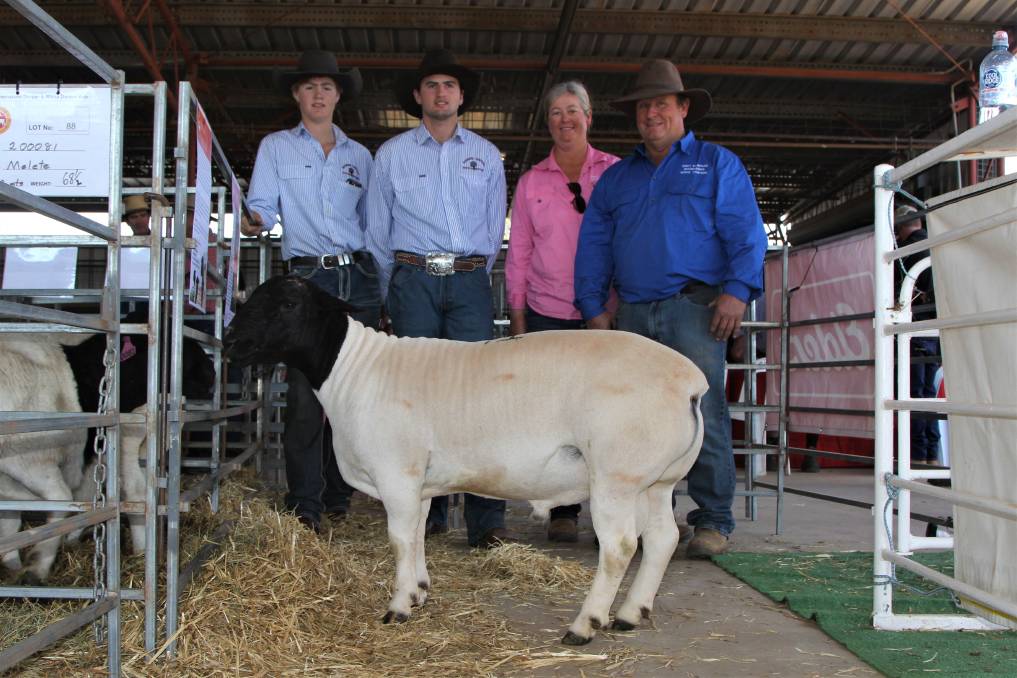 It was one of the many good news stories at the sale, at which more rams were sold than ever before.

Of the 140 rams offered by 15 studs from Queensland and NSW, 128 found new homes at the fall of hammer, resulting in a 91 per cent clearance rate.

A top price of $5400 for a White Dorper was another of the solid outcomes from Monday's sale, where 32 of 45 bid card holders went home with a successful purchase beside their name.

"We haven't purchased them before but they have a good name in the industry, and we wanted new bloodlines," Ms Dingle said. "We also liked the ram's length, his feet, and we thought he had a good head."

According to Mitchell and Warwick Southern, they use the ram's full brother in their stud, and his mother was purchased at the Dubbo national sale in 2017.

The previous highest price for the Boonoon Stud, which includes brother Sam Southern, was $4500.

One of the overjoyed vendors at the sale was Andrea Weiss, Basecamp White Dorpers, newly relocated to Jandowae, who topped the sale for the White Dorper component, selling Basecamp 200095 for $5400 to Brent and Teresa Gadsby, Moorooka, Morven. 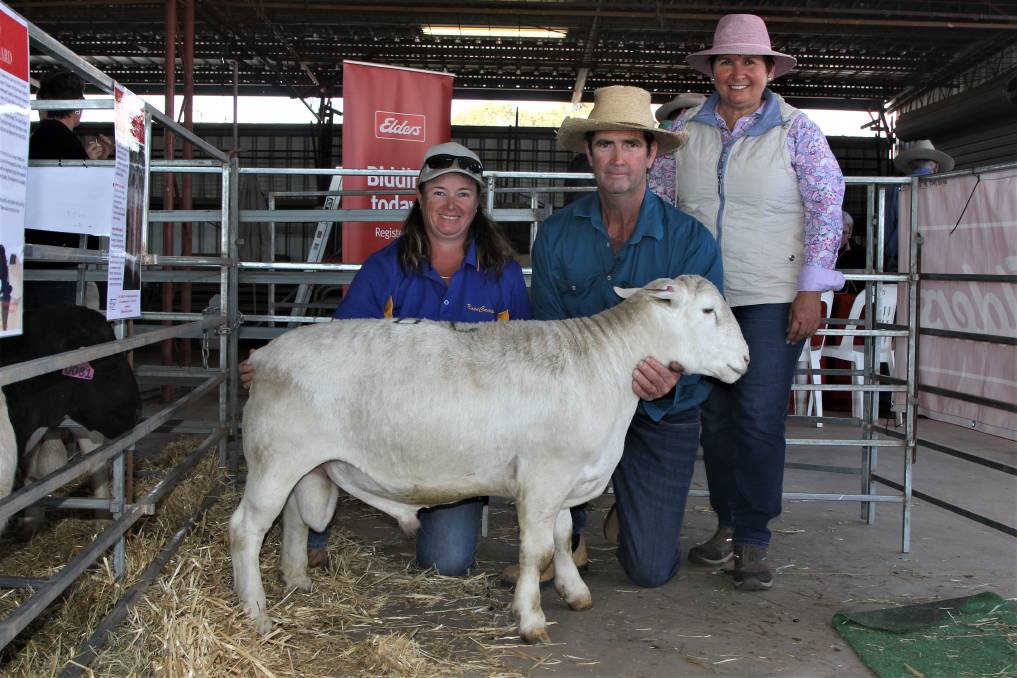 "It's our sixth year here selling - I'm stoked with that result," Ms Weiss said. "It's great to see lots of buyers have had rain, and the overall confidence in the sheep industry."

She described the top priced ram, a single, as a good all-rounder.

The Gadsbys, who fenced their property in 2011 and went into Dorpers a year later, said White Dorpers seem to breed better wool shedders for them.

"We don't want to have to shear them, plus this way they're putting all their effort into meat production," Mr Gadsby said.

They earlier outlaid $6000 for an Amurula ram at its February sale, and have sold the tops of their weaner ewes on AuctionsPlus this year for $271/head, and 4-6-month-old wethers for $195/head.

Cunnamulla's Mirage Land and Water Co was the largest volume buyer on the day, selecting 21 head, all but two of them Dorpers.

Of the AuctionsPlus buyers active at the sale, JD and SJ Thompson from Inverell, NSW successfully bid for 9 rams.

Elders stud stock salesman Andrew Meara said the better end of the draft had been highly sought after from a wide range of buyers, from central NSW to Longreach, to Far North Queensland.

"The season's been good, the demand is there, and there's a good market for prime lamb," he said.