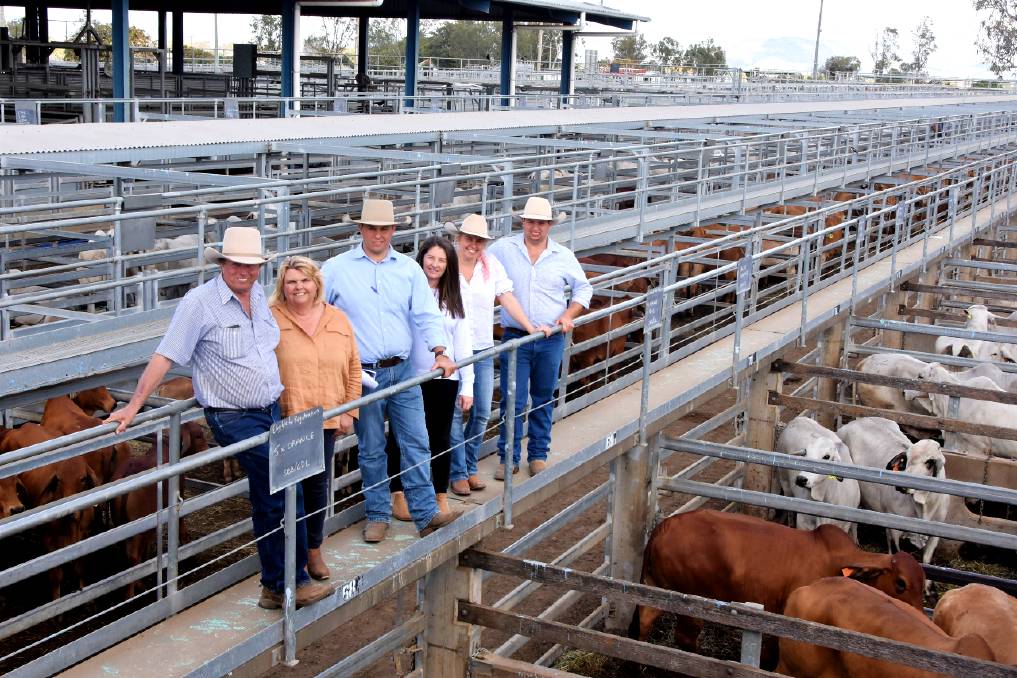 The Kent family at Ooline Brahmans sold 400 head to average $3044 at a breeder sale at Gracemere on Monday.

The Kent family at Ooline Brahmans are celebrating a successful commercial breeder sale, which a total of 400 head sold, to average $3044 per head at Gracemere (CQLX) on Monday.

Elite Brahman genetics were offered on the day, as stud principal Darren and Sue Kent plan to undergo an operation restructure and focus more on their stud enterprise.

Topping the sale was a Brahman bull, who weighed 844 kilograms and sold for $6500 to Parker Grazing Company.

Cows and calves topped at $5400, with a pen of four Brahman cows and calves averaging 629kg and selling to Brookston Pastoral Company in Mackay for a whopping $21,600.

Brookston Pastoral Company also bought a pen of three Brahman cows and calves for $14,700, which all three averaged 631kg and sold for $4900 per head.

Another highlight from the Brahman cows and calves section was a pen of four sell for $13,600, to average 550kg and sell $3400 per head to the Cochrane family.

Topping the Brahman PTIC cow market on the day was a pen of three cows which sold for $4100 per head, to average 552kg and to sell to the Sivyer family for an overall pen price of $12,300.

Topping the unjoined Brahman heifers went to three pens which sold heifers for $2400. 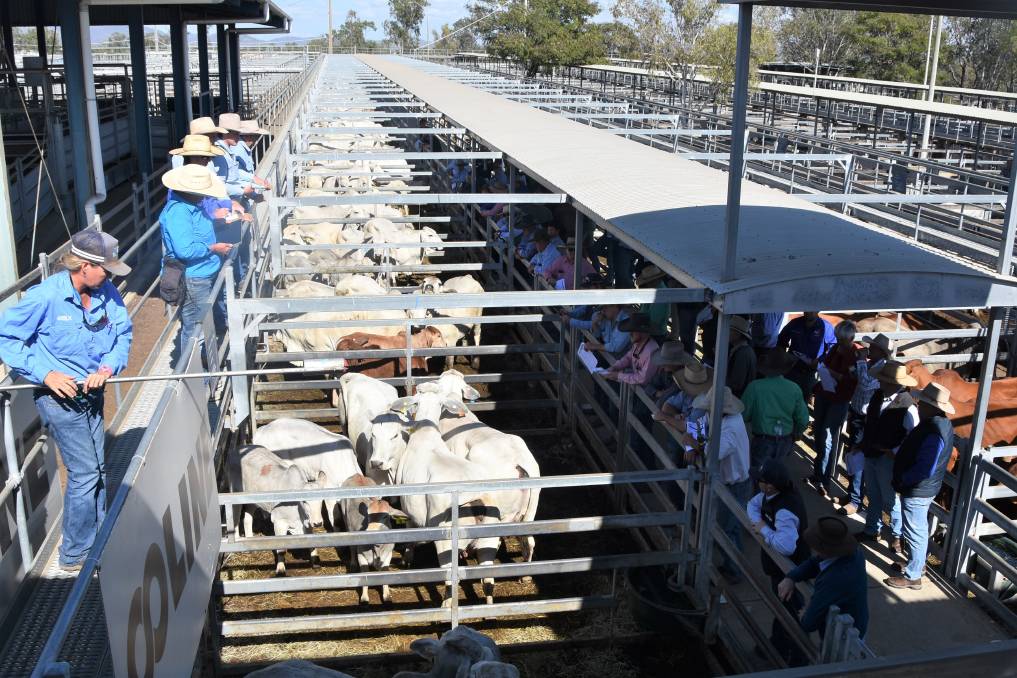 A pen of six brahman unjoined heifers weighing to average 408kg, sold for $2400 per head to Hinchley Reds for an overall pen value of $14,400.

Bulk buying honour of the day went to Brookston Pastoral Company in Mackay, which bought a whopping 101 head, including the first fourteen pens of cows and calves.

Speaking on behalf of his family, James Kent, Ooline Brahmans, Goovidgen, said the sale was a great success.

"This sale was a double edged sword, on one side it was sad to see them go and on the other side it's great to see such a solid result right through," Mr Kent said.

"Hopefully they go on and do well for the buyers." 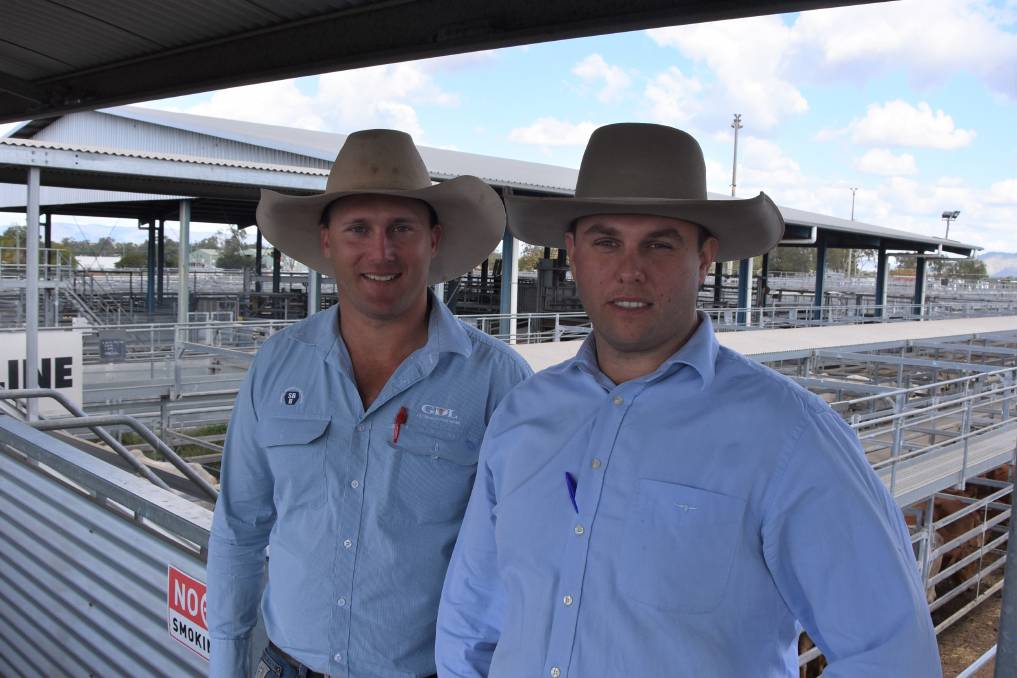 AN OPPORTUNITY TO BUY UP: SBB GDL auctioneer Josh Heck, Rockhampton, with James Kent, Ooline Brahmans, Goovidgen, at the conclusion of the sale.

Mr Kent said the buoyant cattle market provided an opportunity for buyers to seek top quality breeders on the day.

"I think with the buoyant cattle market at the moment and this large offering provided a perfect storm for breeders that are chasing quality genetics to hook into," he said.

"This offering is a real credit to my parents. This is the fruits of their labour and to present a line lot of cattle like this is what our family strives for."

A full report will be in this week's Queensland Country Life paper edition.