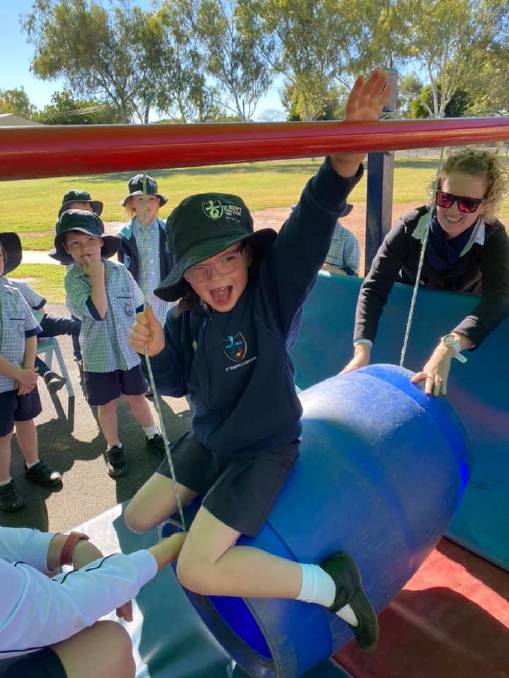 Cloncurry school kids traded pen and paper for boots and chaps last week to compete in their first rodeo.

Bull riding might not be a standard subject in Queensland schools but it's future is in good hands, with 24 competitors from the schools prep class signing up to compete.

Drawing some of the meanest barrel bulls in the north, school teacher Sharon McLauchlan said the kids had a lot of fun and was pleased the whole class joined in on the action.

"After Quamby Rodeo a lot of the kids were pretending to be bulls and bull riders and rodeo clowns so we decided to host one of our own at the school with the equipment we had." she said.

"They absolutely loved it. We squeezed a bit of literacy in there as well with each student writing their own name and number down on the sign on list." 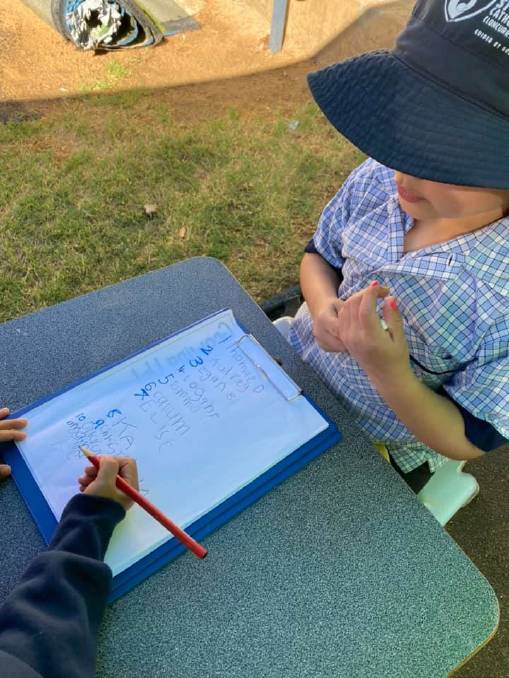 Around 24 students signed up to compete in the rodeo.

Ms McLauchlan said the kids became hooked after their first ride, regularly checking the list to see when they could line up for another turn.

"We had an 'announcer' that would introduce each rider, and the riders were responsible for naming their own bulls," she said.

"It's actually quite funny because I did a similar thing at the kindergarten here many years ago, and one of the boys is now a bull rider.

"The activity was a lot of fun for the kids and with Cloncurry rodeo having just gone by it still remains to be a major highlight for the kids from the past couple of weeks."

Safe to say no one was bucked off or injured during the rodeo, and the class was grateful to the cattle donors for providing the barrel bulls for the event. 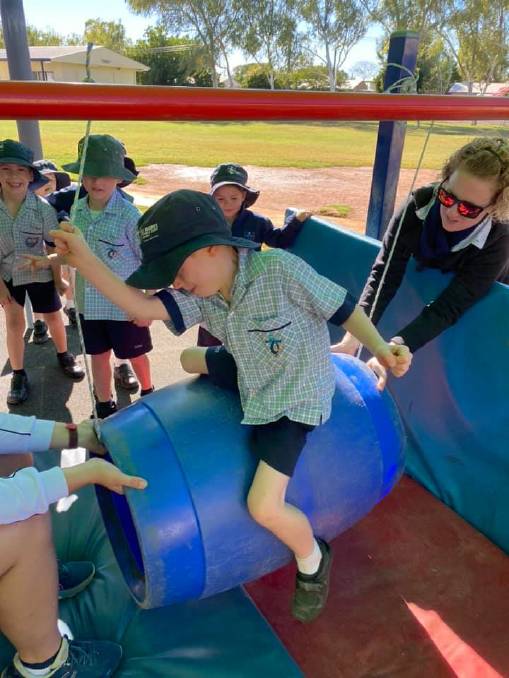