CONSISTENT CATALOGUE: Two of the 30 bulls (lot 1 and lot 6) available at the Devon Court Herefords sale on September 7.

Devon Court Herefords is known for its consistent lines of cattle.

CONSISTENCY is key for Devon Court Herefords, with the Queensland stud's bulls known for their consistent calves in both pure and crossbred herds.

Stud principal Tom Nixon said consistency had been a focus for many years, but over the past few years the stud, based at Drillham, has been working on more data collection to make genetic selection more accurate.

His goal is to produce an even line of Hereford bulls which can improve genetic gain in any herd.

"We really try to create a consistent line of cattle - we're not pushing for the out of the box figures," Mr Nixon said.

"If you breed a moderate bull consistently and achieve the basics, the champions will come.

"In each catalogue, we know that our top bulls are backed up by some fantastic bulls below them, and that even drafts of bulls creates consistent lines of steers and heifers for our clients."

That consistency is reflected in Mr Nixon's stud herd, which is under commercial conditions.

"Our focus has been on calving in a window, weighing every calf at birth, and running large contemporary groups, making the system work for our operation," he said.

"That consistency is then repeated in our clients' herds." PRODUCTIVE, PROFITABLE CATTLE: Devon Court's 2020-drop heifers which will be joined in November.

The stud has clients from southern Victorian to Clermont in Central Queensland, with many longtime clients in the Taroom and Theodore areas.

They're targeting a range of markets, particularly with crossbred stock.

"In the past many of our clients were breeding bullocks but with recent prices weaners are extremely inviting to sell," Mr Nixon said.

"With our commercial herd, we sell into feedlots as far away as Hay in southern NSW.

"If we ever do sell in the open market, we keep steers to 18 months and sell them as heavy steers."

Mr Nixon's commercial herd of about 600 breeders allows him to analyse his stud genetics.

He runs 300 Angus cows, which includes a self-replacing herd of 50 to 70 to breed black baldy females.

"The black baldy females make the best mothers, the statistics show that heterosis is king when it comes to weight for age, so those calves will weigh anywhere from 7kg to 15kg heavier than pure Angus calves.

"There's big gain in the reproductive traits in the females.

"We've played around with other breeds, but gone back to the first-cross black baldy because it works." 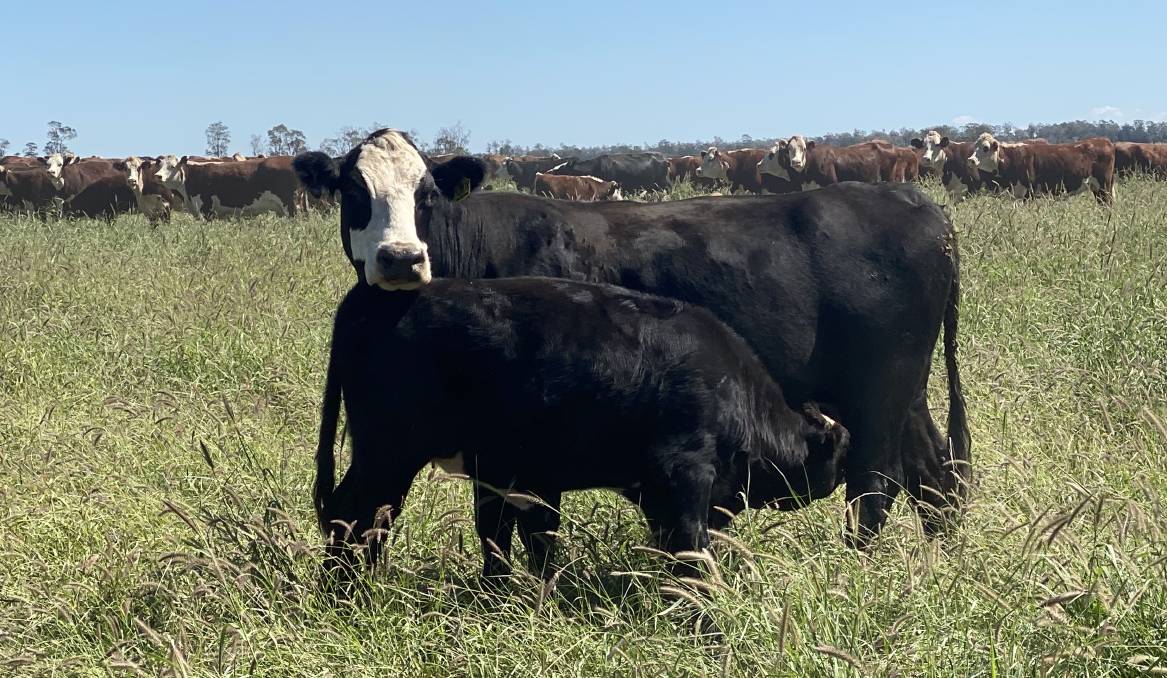 Mr Nixon had particularly good success with black baldy steers in the recent RNA Paddock to Palate feedlot trial, with all six pens of steers (five black baldy and one pure Hereford) in the top ten results for weight gain in their classes.

"I'd be happy, even if they were together, in the bottom of the class, because consistency is what we're known for, but we were really happy to get fourth and fifth in a strong class."

On offer in the stud's September 7 sale, interfaced with Elite Livestock Auctions, are 30 two-year-old bulls, with 11 homozygous (PP) polled bulls, in the biggest poll offering since the stud began. "He's a PP polled bull all the data underneath him, and we've already taken semen from him," Mr Nixon said.

"He's an easy-doing bull with style and carcase quality, and he has what the industry should be looking for in a stud and commercial bull.

"He's another PP bull by the same sire, and he has really good growth."

Another bull to watch is lot 12, sired by Devon Court Advance K126.

"Advance is one of the bulls we've had a lot of time for and he's breeding consistently through our herd, with a really good data set, from calving ease and birthweight through to growth, and good eye muscle area and intramuscular fat."