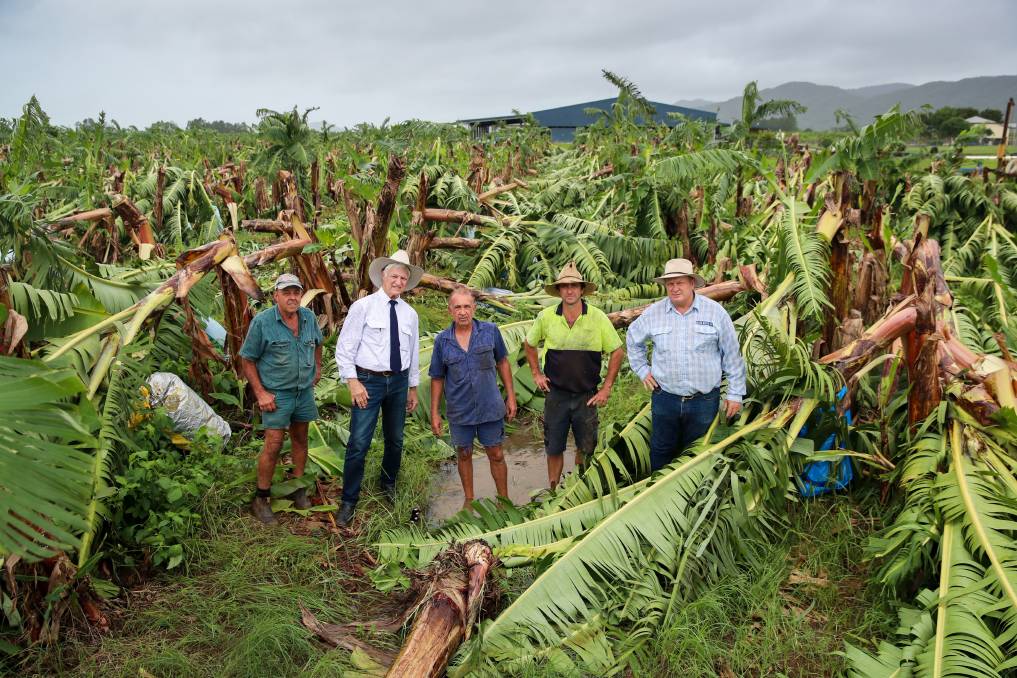 Farmers in the Cassowary Coast region have received some welcome news, with the state and federal governments approving access to the $75,000 disaster assistance funding following Tropical Cyclone Niran.

Many banana growers in the north were severely impacted by the devastating winds associated with TC Niran in March, with some producers reporting crop losses in excess of 90 per cent.

In wake of the devastating event the federal government announced a $5 million Extraordinary Disaster Assistance Grant that would support affected producers, promising $75,000 to impacted growers in the Cassowary Coast, Hinchinbrook, Mareeba, Tablelands and Cairns regions.

Initially producers were only able to access $25,000 of the recovery money that was promised, which caused significant stress among producers.

Member for Hill, Shane Knuth, and Federal Member for Kennedy, Bob Katter, had been lobbying for producers to get access to the additional $50,000, which has now been released and provided jointly by state and federal governments.

Australian Banana Growers Council chief executive officer Jim Pekin said he was pleased the situation has been rectified and that growers can now access the much needed funds.

"Many affected growers are still in recovery mode and will be for months to come. This news will go some way to easing the severe financial burden imposed by this natural disaster and other challenges currently facing industry," he said.

"While it has been frustrating that we haven't had immediate access to the funding, growers are grateful that it has now been delivered, so we can get on with our business," he said.

Mr Knuth said he had been advised by the Minister for Agriculture that Queensland Rural and Industry Development Authority would be in contact with those who had applied for funding, and that QRIDA would be extending the claim period to December 17, this year.

"It has been a long time coming but now those affected can get on with the job of recovering from the damage caused by Niran," Mr Knuth said.

The recovery grants can assist with covering costs associated with equipment or materials, clean up, removing debris, and replacing fencing.

Growers should visit the Queensland Rural and Industry Development Authority website for further details and to access application forms.