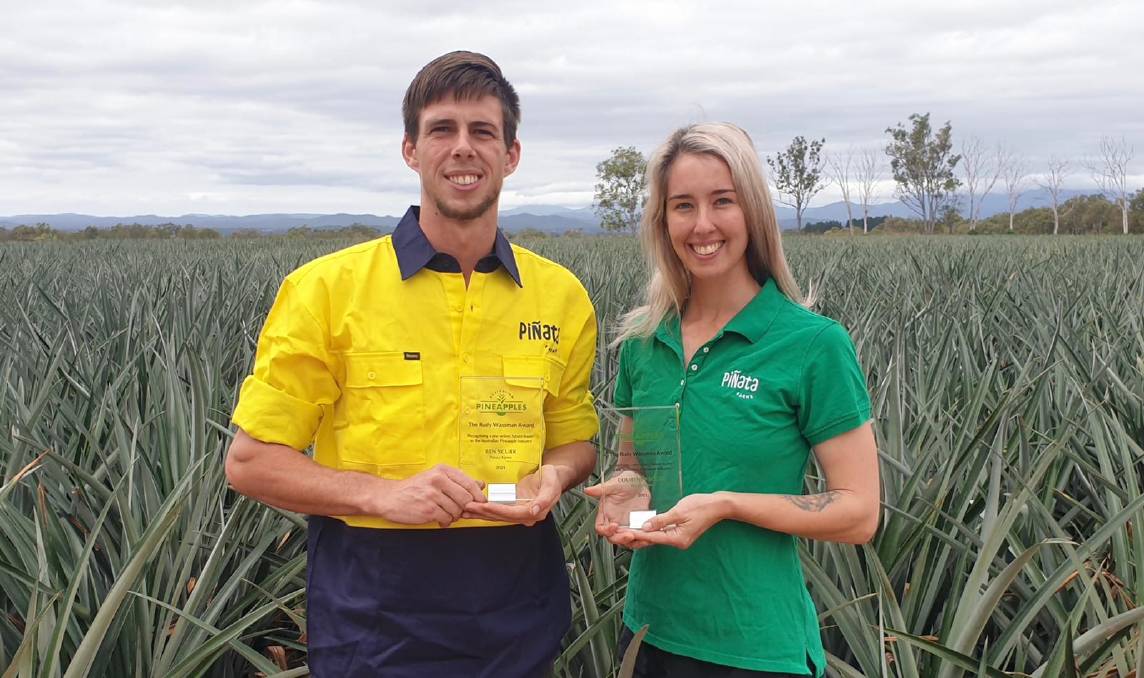 Pineapple farmers Ben Scurr and Courtney Thies with their awards.

Ben Scurr and Courtney Thies from Pinata Farms located at Mareeba accepted the prestigious award at the Golden Circle 2021 Pineapple Field Days in Bundaberg on July 8.

The pair grew up farming pineapples with their father Stephen Scurr in the Paddy's Green district in North Queensland and continue to work closely together to help manage the Mareeba farms operations. 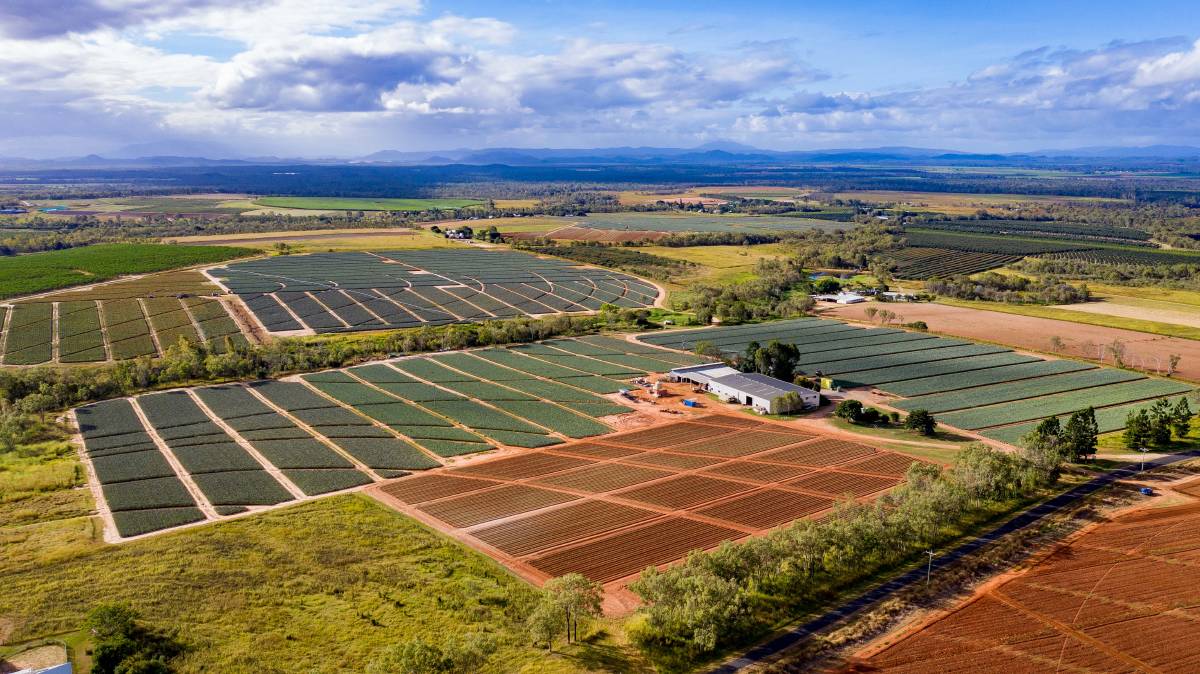 Pinata pineapples at Mareeba are grown on four adjoining properties spread over 150 hectares, and produce around 200,000 trays of pineapples between July and March each year.

The Scurr family's legacy in the pineapple industry began in the 1960s on the Sunshine Coast, with their father Stephen, general manager tropical at Pinata, pioneering pineapple production in the north in 1994.

Pinata Farms is Australia's largest pineapple producer, with just over a 1000 hectares of land under cultivation around the country, produce strawberries and Honey Gold mangoes as well.

Attributing their knowledge and longstanding passion for producing pineapples to their father, the siblings said they were honoured to be recognised and encouraged more young people to consider a career in farming.

"It's a great feeling to be recognised, especially as a female in a male-dominated field," Ms Thies said.

"It's very encouraging to receive support and acknowledgment from other growers and this gives me the drive to continue working hard and achieve more in the future."

Mr Scurr, who oversees both the harvest and planting operations as field supervisor on their Mareeba farm, said it was a privilege to be recognised by other growers.

"We [young farmers] are next in line to keep farming going. More younger people in farming means every industry can move forward and keep going in this ever-changing world," he said.

Outgoing Australian Pineapples chair Stephen Pace said it was nice to see a younger brigade coming along with some new ideas, and who think outside the square.

"That's why we decided to create the Rudy Wassman award; to encourage the younger ones as much as possible and give them a bit of a sense of achievement to," he said.

"Its good to know that the future of pineapple growing is in good hands for a while to come."

Mr Pace was given the Col Scott award for outstanding contribution to the pineapple industry.