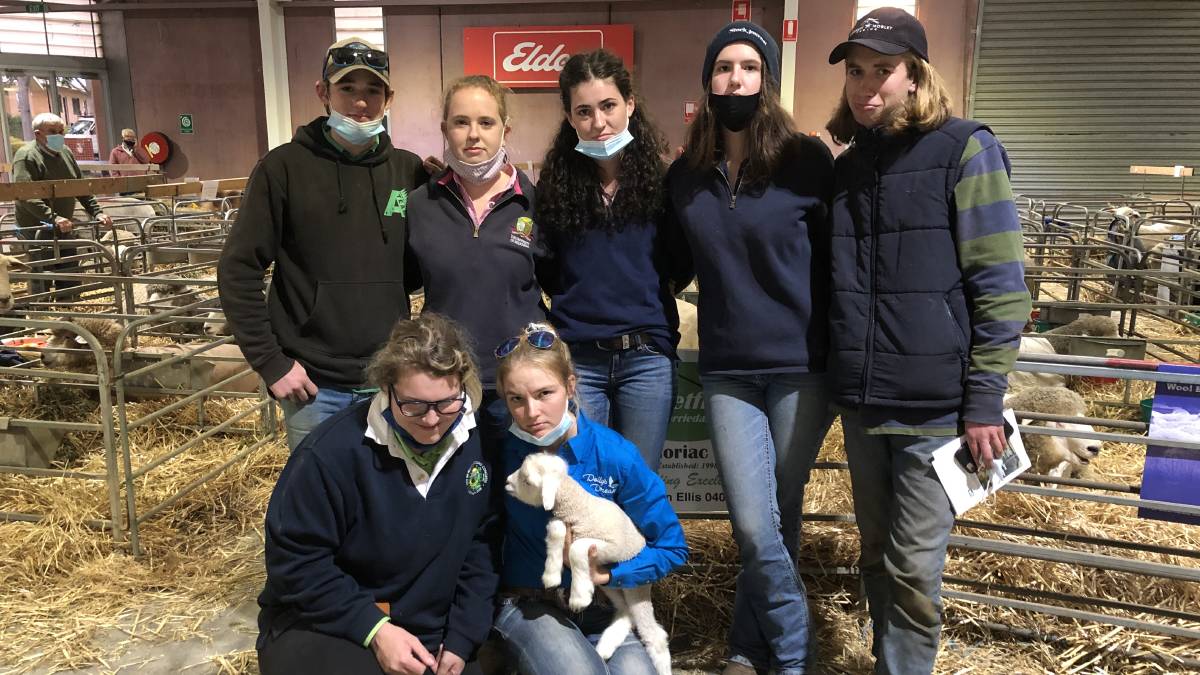 A group of young Corriedale exhibitors who were devastated by the news that the ASWS would be cancelled.

The Australian Sheep & Wool Show has been cancelled for the second year in a row.

The Australian Sheep & Wool Show has been cancelled for the second year in a row.

Premier Daniel Andrews announced on Thursday afternoon that Victoria would enter a snap five-day lockdown at 11:59pm on Thursday night, in response to a concerning increase of COVID-19 cases in the state.

Mr Andrews announced Victorians would only be allowed to leave their homes for the same five reasons as the state's last lockdown, as well as to get a COVID-19 jab.

The ASWS - the biggest event of its kind in the world - was set to kick off at the Price of Wales Showgrounds in Bendigo on Friday, and go for the whole weekend.

But ASWS organisers confirmed on Thursday afternoon that it would not be going ahead.

ASWS chief executive Margot Falconer said she was devastated by the situation.

"We are devastated for our sheep breeders that were so looking forward to coming back after a two-year break," Ms Falconer said.

"We are devastated for our sponsors and supporters and for all of the people that had invested thousands and thousands of dollars into the event.

"We had nearly 400 trade sites organised, and then there are all of the food vendors and so on, we're very disappointed." Sweetfield Corriedale stud principal Bron Ellis, Mount Moriac, was at the showgrounds when word began to spread about the lockdown.

Ms Ellis' sheep had been penned and were ready for a big three days of judging.

"We're devastated - what else can you say?" she said.

"You put all that work in and you get your sheep here and you're excited to see how your sheep will go and see your friends after two years, and then this happens.

"We were so close and now we're not going to have the opportunity to do any of that."

She said she felt fortunate living only a few hours from Bendigo so the trip home wouldn't take too long, but she felt for the studs that had made the trip from interstate that had a big journey home - all for nothing.

"I particularly feel for the young people, they were so excited after missing last year, they've come along, even though we were a bit weary, and now they're so disappointed," she said.

"I really feel for them."

Glenpaen Merino and Poll Merino stud principal Rod Miller, Brimpaen, said breeders were desperately trying to pack up and get home before midnight.

"I don't know what to say really," Mr Miller said.

"I am gutted, absolutely gutted, and I'm very disappointed, but what can you do?

"We just have to roll with it."

Mr Miller's stud, based south of Horsham, had planned to show nine rams and ewes at the ASWS.

"Everyone is in shock because studs have prepared their sheep for this one event and it's all gone pear-shaped," he said.

"It's bedlam because we have people trying to organise ways to get home, including to go over on the boat to Tasmania."