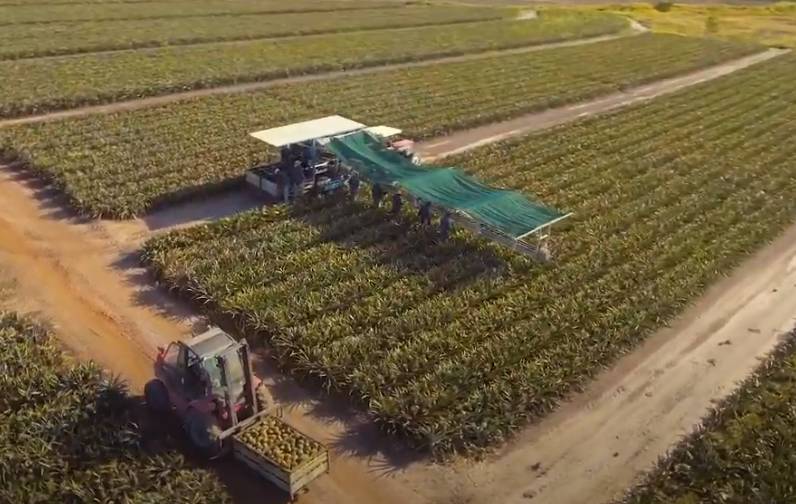 A 25-year-old man has died after a pineapple harvester came in contact with powerlines near Yeppoon early Wednesday morning. Photo: Pure Gold Pineapples

Investigations into the farm incident in central Queensland are ongoing.

A man has been killed and several people have been hospitalised, after a harvester struck powerlines at a pineapple farm in central Queensland on Wednesday.

Emergency services were called to the Bungundarra property, 20km north-west of Yeppoon, shortly after 9am, following reports seven workers at Lake Mary Pines were electrocuted.

A 25-year-old Yeppoon man was taken to the Capricorn coast hospital in Yeppoon in a critical condition, however, he tragically died soon after.

Two men in their thirties and one woman in her twenties were also taken to the Yeppoon hospital in a stable condition.

A man in his fifties and two other men in their thirties were taken to the Rockhampton hospital, also in a stable condition.

Capricorn health services have told the ABC two people have since been discharged.

Investigations into the farm incident are ongoing and a report will be prepared for the coroner.

Lake Mary Pines is a second generation pineapple farm, producing more than 2.1 million pineapples for the Australian market per year.

The 162 hectare property is owned by the Stevens family.