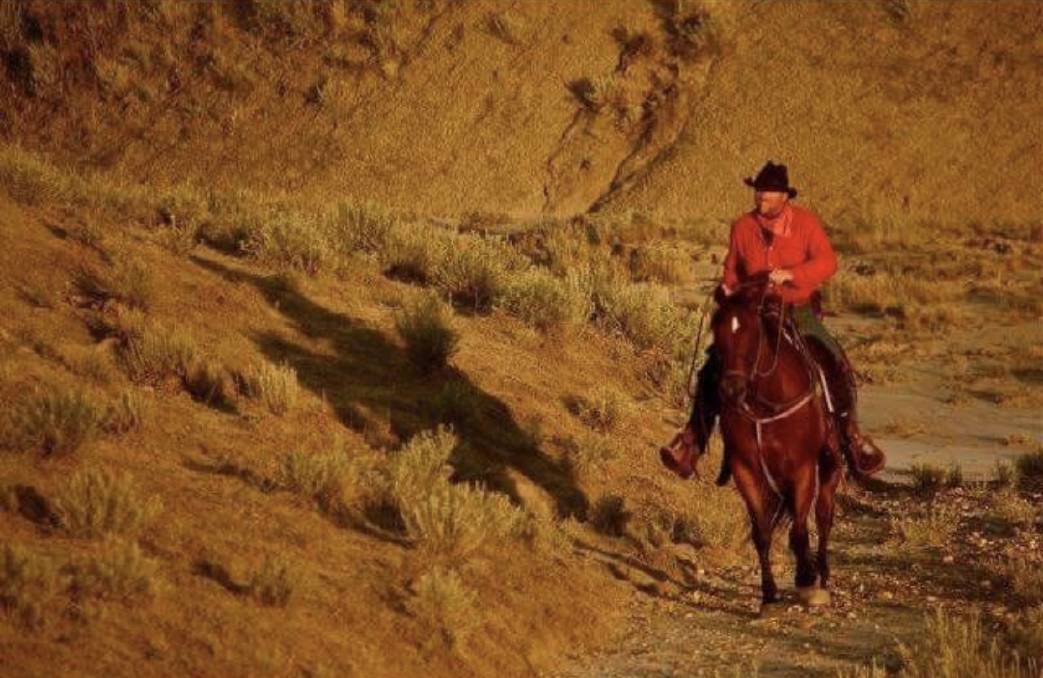 Long-rider Joe Guy gears up for another thousand mile ride from Longreach to the southern ocean.

Picture a trip that takes you right from the heart of outback Queensland in Longreach, all the way down to the Southern Ocean.

It's a distance greater than 1600 kilometres, only there is no vehicle for transport, or phone for emergencies, or GPS for navigation - only a compass, a map, and a horse.

It's not the script of an upcoming western film, but a case of real life for Joe Guy.

The Sydney born street kid with a troubled past left his home at 15 and has gone on to ride almost 30,000 kilometres on horseback across five different countries, only taking on troubled, unwanted or un-rideable horses to accompany him.

His travels have taken him from the heat of the United States, to the cold Arkansas winter, and the freezing cold minus 20 to 30 degree temperatures in Canada. 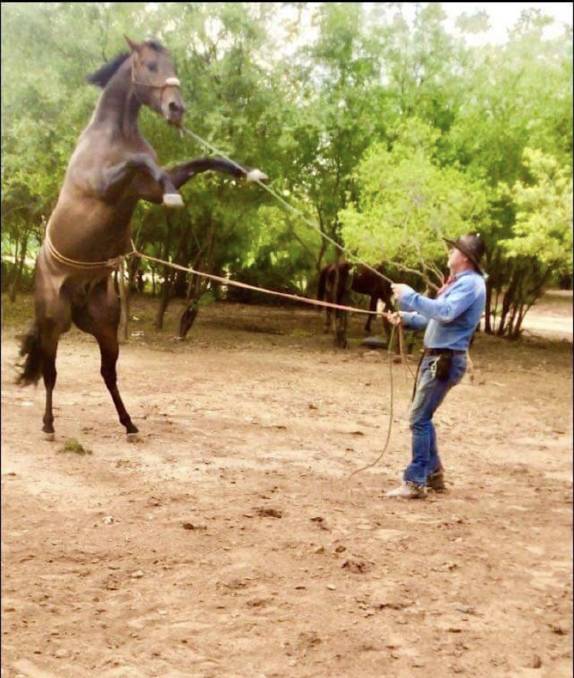 Hitchhiking once he arrives at his chosen destination, he walks with his saddle slumped over his shoulder and one ear to ground searching for that next crazy horse.

He attributes his longstanding passion for helping problem horses to his difficult past.

"Problem horses are a lot like street kids, and are generally misunderstood, whether the horse has had a bad start with the breaker or with the owner, he's been misunderstood," he said.

Joe's first experience with horses came when he was 12, learning to ride at a horse riding school in Wellington, out of Dubbo but 15 he began working with horses for a Sydney man.

"He'd buy them from an auction and you wouldn't know anything about them, he'd just say 'ride them quiet'," he recalled.

"So I'd just ride them until they were quiet and he'd pick them up and sell them back through the auction."

This early experience with horses sparked a hunger in Joe, and at 19 he said goodbye to the city to embark on his first long ride, buying two horses he rode from Dubbo to Cairns, working along the way to get by.

"I grew up watching those westerns on television and I was always fascinated with these cowboys that rode off into the sunset with a little tiny bed roll and little saddle bag," he said. 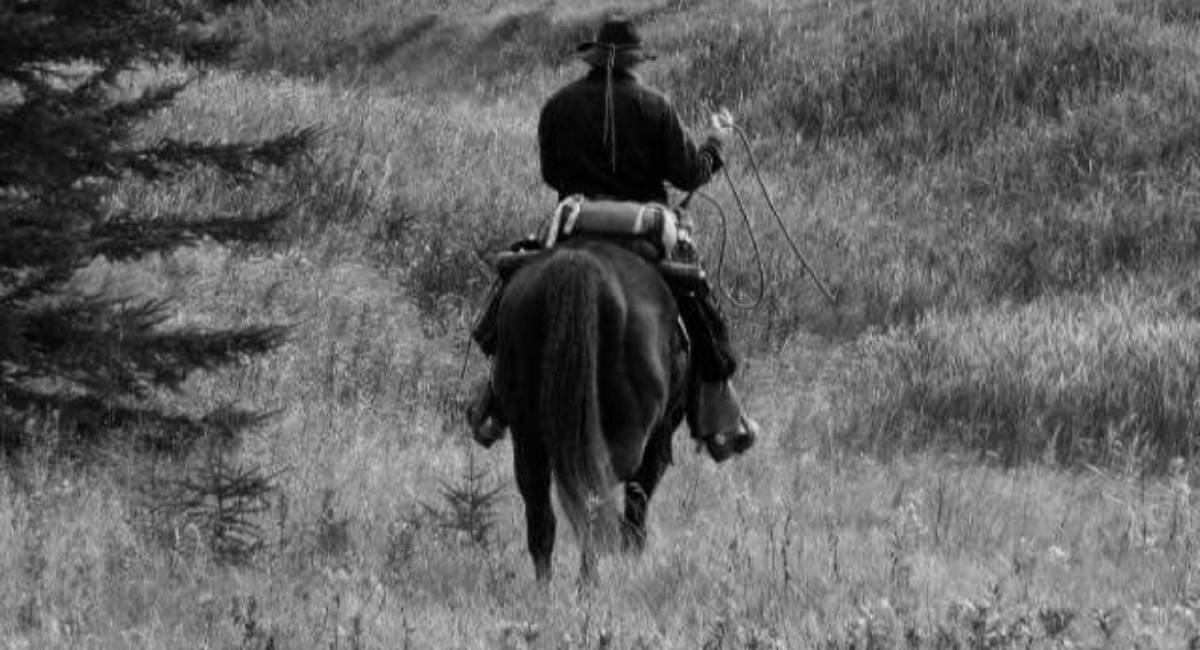 "I was fresh out of the city so I didn't know a whole lot about the country but it wasn't long before I got jobs mustering and droving, as I worked my way north."

He budgets $20 for himself each week, living on crackers and muesli bars.

It can take five to 10 days to break the horses habits.

"Often I would swap a perfectly good quiet horse because I would have spent 500 or 1000 miles (800 or 1600 kilometres) on its back, for some crazy unbroken seven-year-old horse that just wants to kill you," he said.

Joe is also an author and singer song writer, two things which he says keep him fairly busy in between rides.

He recently hitchhiked from Byron Bay to Cooktown in search of another horse to rescue, but he ended up back in Mareeba where he found himself a thoroughbred for the next ride. 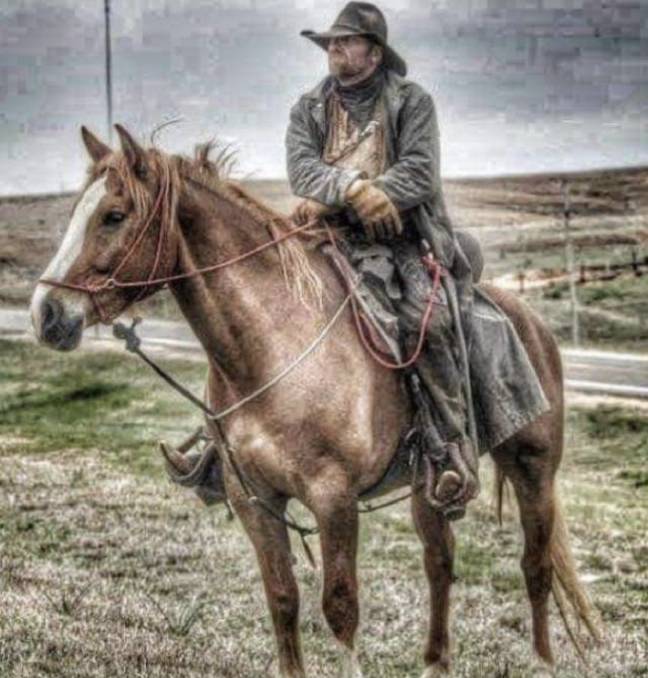 Starting from Longreach, he will be heading south, through to the southern ocean, sleeping on the ground, living on rations between towns and picking up work along the way.

"I don't map it out. I have a destination which is the southern ocean and that's all I know, I can't tell you anything else," he said.

"I eat a bit better when I get to a town. When I say eat better I mean I'll put extra topping on my crackers, I'll put cheese and tomato and cucumber, or some pickles or something as opposed to just peanut butter."

Joe says over the years people have called him crazy and always ask him why he does what he does.

There is no finish line, no buckle or prize money and no one there to reward him at the end of it.

"I love the challenge. I think lot of people these days don't actually do what they say they were going to do," he said.

"There's going to be no one there when I do my 20,000 miles, just me and my horse. Just the satisfactions of knowing that I did what I said I was going to do."

The journey hasn't been without its challenges with Joe losing his teenage son to suicide during one of his long rides.

He now dedicates his life to telling his son's story, and sharing his own experiences in the hope of helping others who may be struggling.

"I try to inspire young people to understand that just because of their circumstance, whether it's how they're living or because of their mum or dad it doesn't matter, what matters is what you do with your own life and your own future," he said.