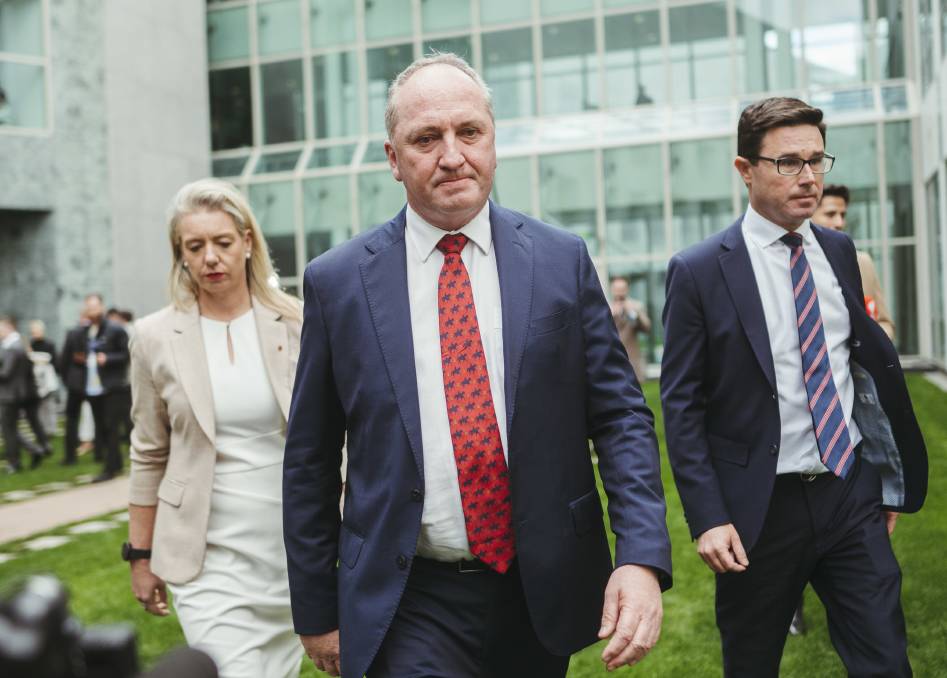 RETURN: Barnaby Joyce is back as leader of the National party and the deputy prime minister and Bridget McKenzie has also returned to the front bench. Picture: Dion Georgopoulos

Barnaby has had a strong interest in looking after dairy farmers and has been a friend of QDO for a long time.

A few weeks ago, Barnaby Joyce returned as the leader of the National party and the deputy prime minister.

Barnaby has had a strong interest in looking after dairy farmers and has been a friend of QDO for a long time.

So, it is very welcomed by QDO that he has returned to the top job of the National party.

In addition, Bridget McKenzie has also returned to the front bench. Previously in the role of the Agriculture Minister, she led the development and introduction of the Dairy Code of Conduct.

After the dust settles in Canberra, there are some key issues that the new Deputy PM and his team need to put their attention to.

The Dairy Code of Conduct is currently being reviewed, with recommendations due by the end of the year.

The code has been useful in providing transparency and driving competition for milk.

It is important that the review addresses some areas that are not working well and fixes these properly.

Some key areas of concern relate to long-term contracts and minimum pricing provisions that have little relation to commercial prices. In addition, further transparency is needed by disclosed estimated average prices for farmers based on realistic milk quality parameters.

Finally, the concessions for cooperative processors must be removed since this creates a very uneven playing field between processors and there is no basis for this to be the case.

The inability of Dairy Plan to lead to transformational change in structures must be addressed. Government needs to find ways to help industry rationalise structures and benefit dairy farmers.

QDO is seeking to meet with key National Party members over the coming months to push the case of Queensland dairy farmers.