Mitch Braithwaite, Savage, Barker and Backhouse GDL, with a pen of JC and TL Bauman Droughtmaster and Brangus cross steers which topped at 618c/kg and averaged 221kg to return $1366/head.

SCATTERED showers helped set the scene for a strong auction at the Central Queensland Livestock Exchange prime and store sale on Wednesday, where the price for feeder cattle lifted by 15c/kg.

"The heifer line made well over 400 cents a kilo as they were fantastic cattle that presented well," Mr Braithwaite said.

"The whole line was secured by one feedlot operation."

Mr Braithwaite described the broader yarding as mixed quality and said cattle were drawn from the local area and as far north west as Mount Coolon.

"Overall, the prices were stronger across the board, and we had quite a few new orders in the market. I think the little bit of rain we have had around the area has producers wanting to secure their supply going forward and they are chasing cattle to top up their numbers," he said. 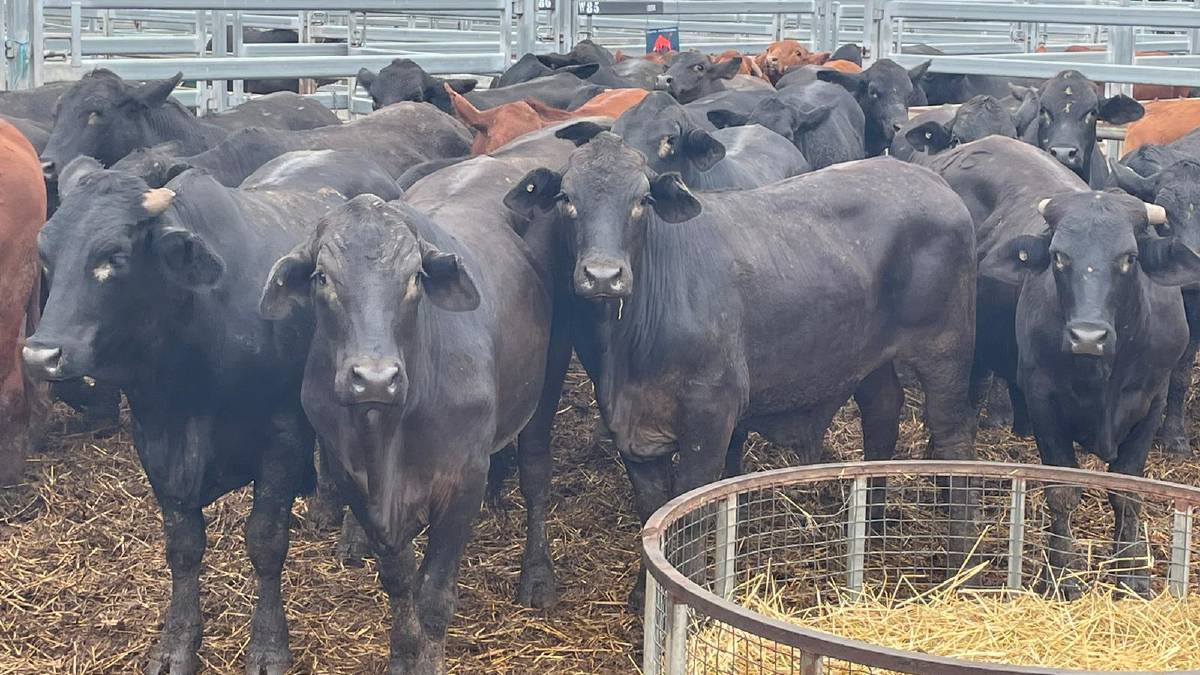 The steer price peaked at 620c/kg, and a highlight in this category was a No.1 Brangus pen from D and T Muscat, Mirani, which topped at 582ckg and weighed 240kg to return $1402/head.

JC and TL Bauman offered a Droughtmaster and Brangus cross line which reached 618c/kg, averaged 221kg and returned $1366/head when snapped up by a local restocker.

A No.1 Brahman offering, from P and C Rowe, Collinsville, also had a good result and reached 600c/kg, averaged 193kg and returned $1110/head.

The Barraclough Family Trust, Marlborough, made a return of $1199/head for its No.1 Brangus steers that peaked at 608c/kg and weighed 197kg.

In the heifer market, prices topped at 536.2c/kg in the under 200kg category for a S and L Penhallurick, Proserpine, pen of 177kg Droughtmaster cross heifers which returned $951/head.

A highlight in the heavy heifer category came from J Galletly, Calliope, who made a return of $1717/head for a 482kg Brahman cross pen which reached 356c/kg.

The bull price was firm, and SS and SJ Gedda, Marlborough, made 342c/kg for their Brahman and Brangus bulls which weighed 720kg and returned $2463/head.

Looking ahead, Mr Braithwaite predicted a stable and strong market for next week's sale.

"I can't see the market easing; I think it will stay the same or potentially strengthen," he said.