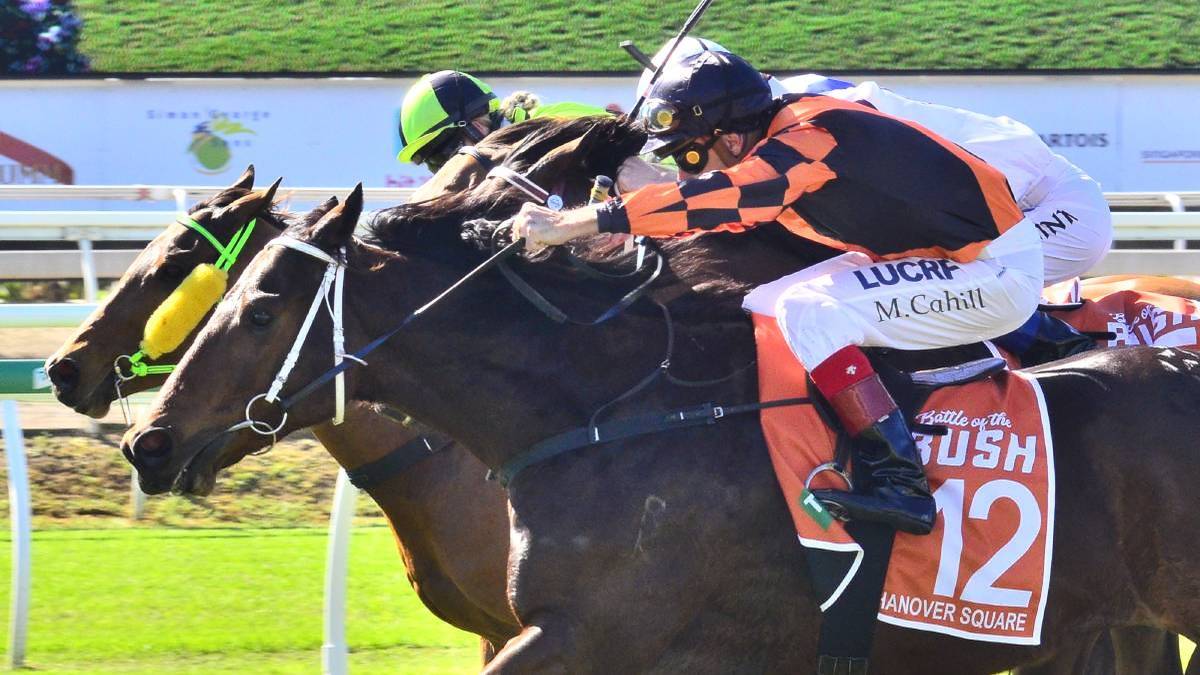 PAST GLORY: Hanover Square wins the 2019 Battle Of The Bush and the 2021 renewal will be held on June 26 at Eagle Farm.

The list of possible contestants for the $200,000 Battle at Eagle Farm was finalised last weekend following the last of 16 qualifying races

STABLES from 13 regional centres will put country pride on the line in Brisbane on June 26 in the Battle Of The Bush final.

The list of possible contestants for the $200,000 Battle at Eagle Farm was finalised last weekend following the last of 16 qualifying races and centres from Toowoomba north to Tolga and west to Mount Isa could have representatives.

John Patterson (Trommelschlagen) and Mark Johnstone (High Cost) will be Charleville's hopes, while Dalby's David Reynolds (Rather Salubrious) and Ray Williams (Ahwahneechee), of Emerald, will also have starters.

Mackay's John Manzelmann (Raiden and Shiranda) will be a starter and Mount Isa will barrack for runners from the yard of Jay Morris (Tango Rain).

The Richardson-trained Sweet Venom (Golden Snake-Milking Off) won the last of the qualifiers at Thangool last Saturday.

She travelled well for Stephens and took a gap between runners at the top of the home straight before streaking clear to win by nearly two lengths.

Richardson was delighted to get Sweet Venom into the final after she failed to book a ticket to the main event in three earlier qualifiers.

"Horses like her do not get the chance to race for prize money like this very often," Richardson told Racing Queensland.

"She is a consistent mare and tries every time she goes out there. It was a great.

"The only reason we were having another go at a heat was that we thought Thangool was the track that would suit her best.

"She needs to be ridden quiet and save her for one last run to the line and it all worked out.

"It was a matter of the gap came on the turn and once the leader rolled out a little bit, it was all over."

Richardson's wife Hannah is likely to replace Stephens in the final and the trainer believes Sweet Venom will enjoy the roomy stretches at headquarters. 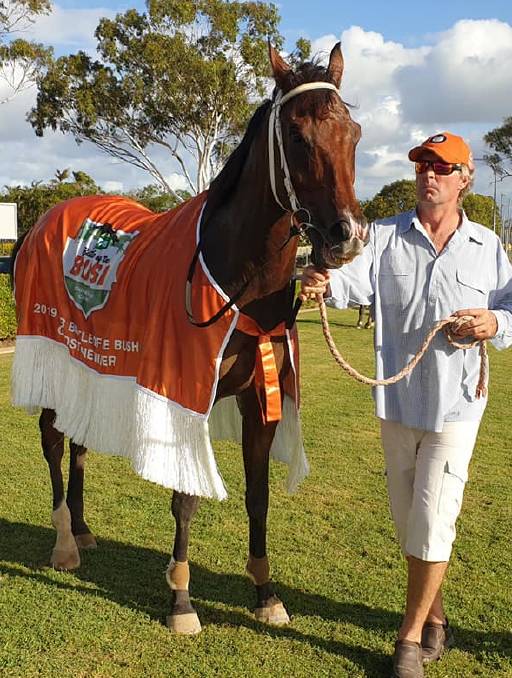