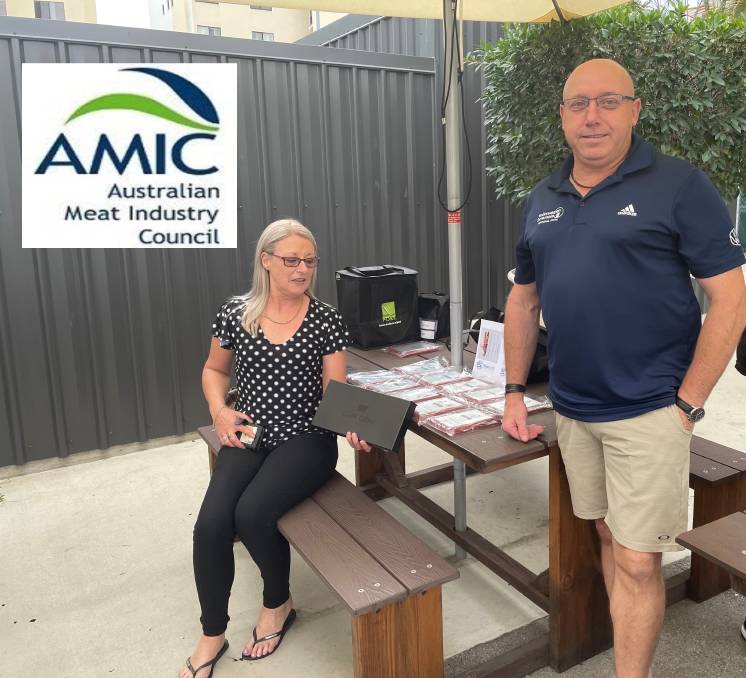 Karen Rix from Whitsunday-based MBW on the Barbie and Don Cameron from MBW Wholesale and Bulk with their combined 10 winning awards across the sausage, burger and smallgoods categories.

The competition was held at Tiny Mountain Brewery last Sunday with nine different butchers battling it out to be crowned champion of the north.

Based in Cannonvale, MBW have won multiple awards since getting involved with meat competitions ten years ago.

In 2015, their Italian Casalinga sausage went on to win the National Sausage King Championships in Adelaide.

Don Cameron from MBW Wholesale and Bulk said that there is no secret to creating a word-class sausage.

"We rely on good, fresh ingredients and good-quality meat; it's what our customers love," Mr Cameron said.

"All of our beef is sourced from down south, there's a real difference from good grass-fed pieces of meat.

Mr Cameron said the team are hoping for a repeat of the 2015 success.

"When we won the national prize in 2015, it was amazing for our business, we had orders from all around the country," he said. It was the Townsville locals' first time entering the competition, and Ms McLaren said they had always wanted to compete in the AMIC competition.

"Customers won't stop raving about the chunky tomato, so this year we finally decided to put our hat in the ring," Ms McLaren said.

"We have customers travel hours to get their hands on the chunky tomato sausage, from as far away as Cairns."

All regional winners will be heading down south to Brisbane in October this year to take on the best in the state.

"It's all very exciting, it's great to have our work recognised by industry," she said.

If successful at the state finals, the winners will go on to compete in the national competition next year.