Australia has more than doubled its exports to barley to Vietnam in the past 12 months. 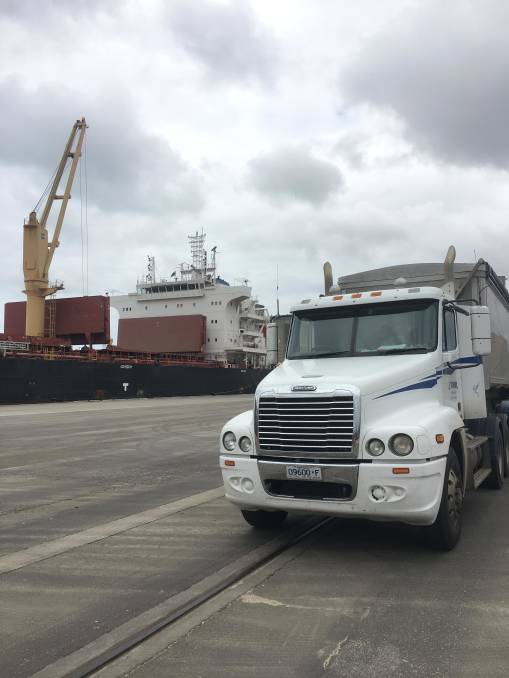 A truck delivers barley to port for export to Vietnam earlier in the year.

VIETNAM is emerging as a valuable market for Australian feed barley, buying over double the amount of Australian product this marketing year compared to the previous year.

So far, according to US Department of Agriculture data Australia is on track to export 500,000 tonnes of barley to Vietnam for the 2020-21 marketing year, up from 200,000 the previous year.

And demand has been going gangbusters since last harvest's crop was available in December last year, with Australian Bureau of Statistics data showing over 50,000 tonnes of barley has left Aussie shores for Vietnam each month since December up until the most recent figures from April.

Australian Export Grains Innovation Centre barley markets manager Mary Raynes said while the increased trade with Vietnam was not enough to make up for the loss of the Chinese market it was a positive development.

Ms Raynes said Vietnam was likely to continue to emerge to be a significant buyer of feed grain, with a large pork industry and a growing dairy market.

"Vietnam is the world's fifth largest producer of pork and their pig herd is up to 85 per cent of what is was before African Swine Fever hit, with 26 million pigs, producing 3.6 million tonnes of pork a year," Ms Raynes said.

Ms Raynes also said the dairy herd was growing and would provide another opportunity for Australia.

However, she cautioned that Vietnam was a price sensitive market and that the current situation, where Australian barley is some of the cheapest feed grain in the world, would not always be the case

"Australian barley is very well priced compared to other feed grain and that dynamic does not look like changing in the short-term," Mr George said.

"The Vietnamese have figured out how to use Australian barley in the ration better and that allows them to buy more of the more affordable grain," he said.

Ms Raynes said Australia's technical support had been critical in winning over the Vietnamese feed industry.

She said a recent webinar with Vietnamese customers, traditionally more comfortable using corn and soymeal as a feedstock, highlighted the desire to learn more about using barley.

"The webinar attendees really valued learning more about the practical aspects of how to incorporate Australian feed grains into animal diets," she said.

Mr George said breakthroughs in animal nutrition meant there could be more barley included in rations.

"You've seen feeders that could previously just top up with a little barley, up to 7pc or so, getting up to 40pc, so it is like an entire new market opening up for barley just with that better understanding of how to work with it," he said.

"A lot depends on their mill set-up as to how they go about using the product," she said.

A positive for Australia is the trend in Vietnam towards larger intensive livestock businesses more interested in importing grain.

"Years ago many of the pigs were owned by families who fed them household scraps and small amounts of grain, now many pigs are reared as part of larger businesses," Ms Raynes said.

She said the dairy industry was slightly different, with the focus still on smaller farms.

However, she said it was a growing area and that AEGIC was providing information to Vietnamese dairy farmers on using Aussie barley.

"For both the dairy and pork industries it just comes down to providing that technical information, allowing them to be comfortable to change over from what they've used in the past."

She said a key plus for Australia was the quality of our grain.

"It's clean, its low moisture and it has a good colour that does not change the colour of the meat, all of which are positives."