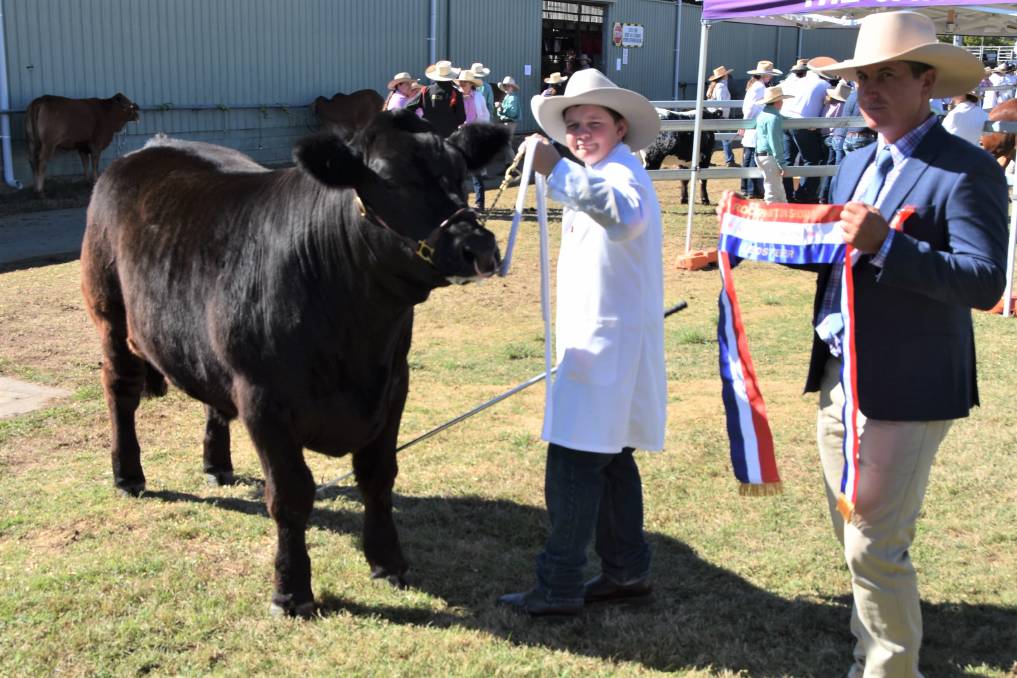 The strength and quality of the central Queensland beef industry was on full display at the Rockhampton Show on Wednesday with 38 top class exhibits entered in the led steer competition.

Known as Maverick, the Limousin/Angus-cross steer weighed 690 kilograms and was also the winner in his 501kg and over weight range class.

The 18-month-old steer was purchased about 12 months ago from Travis Luscombe, Toowoomba, who originally purchased the Limousin-cross steer from the Blue Ribbon Show and Sale in Pittsworth.

George said he was very proud of his grand champion led steer win. 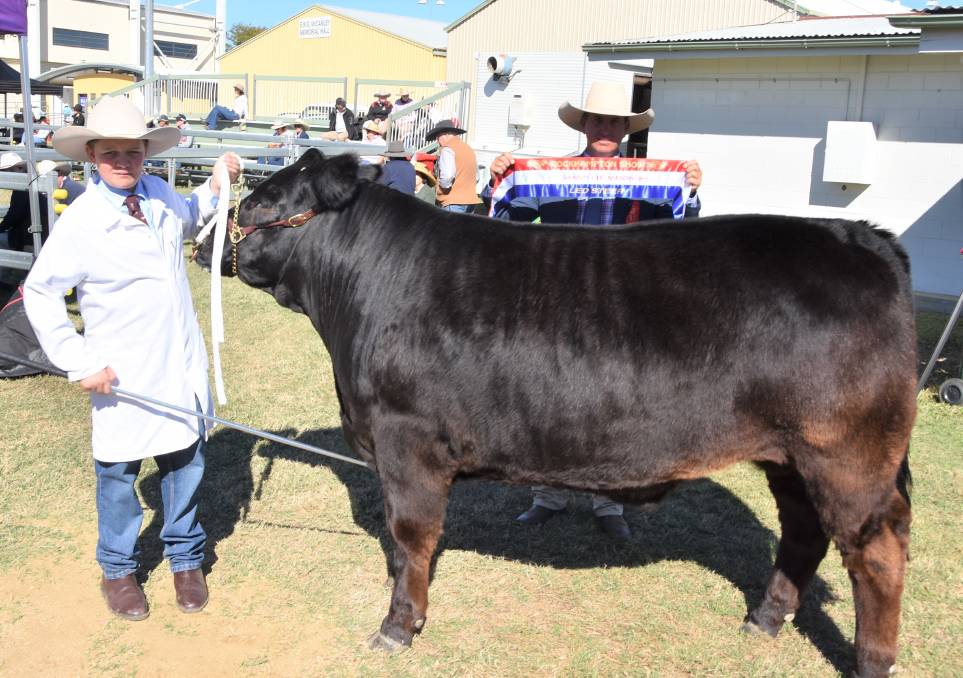 Weighing in at 690kg at 18-months-old, the Limousin/Angus-cross steer was also the winner in his 501kg and over weight range class.

Judge Wayne York, Karragarra, Emerald, told the audience that the black steer's overall 'evenness and cleanness' put him on top as overall champion.

"He's the trimmest steer of the showing here today and there's not a lot of wastage on this steer," Mr York said.

"He's fit from his hips, right through to his shoulder. The steer is full all the way through and full through the side." 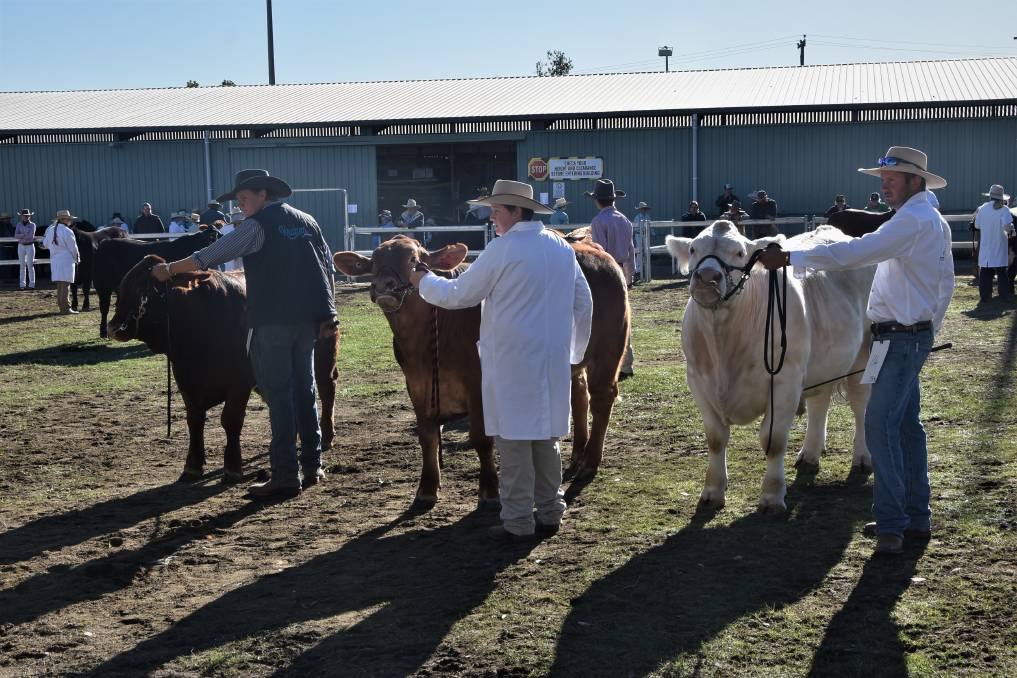 These three led steers were the runners up behind Maverick.

Mr York highlighted that the champion steer "looks like a square brick from behind".

"He carries that hindquarter right down through to his thighs and there's no wastage through his stomach or up into his shoulder and it's all red meat," he said.