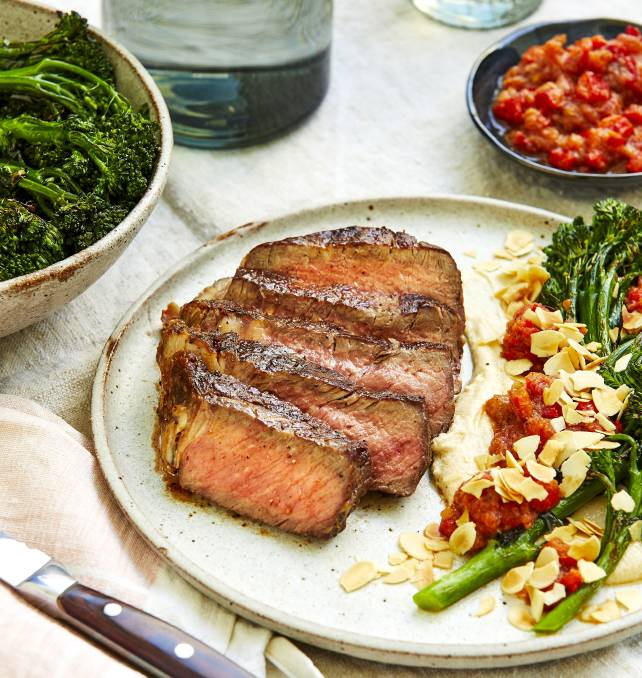 From taking into account the way foods are paired to addressing the misperception red meat is over-consumed, Meat & Livestock Australia has identified key areas it believes need updating in the Australian Dietary Guidelines.

A review of the guidelines is underway and MLA, the red meat industry's research, development and marketing body, has put in a submission as part of scoping activities.

The review will be run by the National Health and Medical Research Council and is expected to take four years.

Current ADG recommendations are that people limit intake of unprocessed red meat to 65 grams a day.

A key area MLA says needs updating is the way in which that recommendation is communicated, as it does not reflect how Australians eat beef and lamb.

Typically, red meat is consumed three to four times a week in a variety of meals, with portion sizes ranging from 100 to 200g of raw weight.

The terminology should reflect portion sizes and be consistent with typical planning, purchasing and preparation of red meat meals, the MLA submission said.

MLA's submission provides data and insights that suggests there is an opportunity to make it easier for Australians to understand how to eat recommended amounts, including an increase in vegetable consumption, since Australians typically eat vegetables with red meat.

MLA says the 65g per day recommendation was based on dietary modelling on the type of foods and amounts needed to meet nutrient requirements and dietary goals, and therefore using the term 'limit intake' has caused confusion about amounts recommended for good health.

MLA also makes the point that current consumption of red meat in Australia is in line with ADG recommendations and that clearer communication is required to avoid confusion.

Part of the reason for this, MLA's nutrition experts believe, is the lack of distinction between processed and unprocessed meats. The 65g-a-day recommendation is for unprocessed red meat. Guidance on intake of processed meats is provided as part of the discretionary food group.

Even the Australian Bureau of Statistics makes the mistake of lumping the two together and incorrectly concluding Australian consumption exceeds amounts recommended in the ADGs.

Finally, MLA made the case that the topic of food, nutrition and environmental sustainability be covered as commentary rather than a dietary recommendation.

"Since this a broad and complex topic area and requires multi sectoral collaboration, the topic should explain the role health eating plays as part of other important initiatives in Australia to ensure trade-offs are managed," the MLA submission said.

The story It's the company you keep . . . red meat is typically paired with veges first appeared on Farm Online.