Thomas and Phillip Marciano from Marciano Table Grapes, a business with grape farms across the country. The newest one at Hughenden is due to plant its first vines within weeks.

With vines due to be planted at Hughenden's Flinders Magic grape farm within weeks, power is still not connected to the site, with the owner saying he's disappointed with the situation.

The first vines will be planted at Hughenden's new grape farm in coming weeks, despite power installation delays causing frustrations.

Victorian company Marciano Table Grapes was attracted to Hughenden as part of the Flinders Shire Council's 15 Mile irrigated agricultural precinct. While there were initially two other partners in the farm, changes in circumstances left the Marcianos as the sole investor.

But owner Phillip Marciano said problems securing a power supply have left him needing to spend hundreds of thousands of dollars on generators so the farm can progress.

The grapes will target the domestic market, with an October harvest.

For now, generators will power pump water from the irrigation dam onto the vines and provide electricity to the shed where workers are welding together trellises for the vines.

Mr Marciano said water and a power supply was promised to the corner of the farm but he was then required to pay $266,000 to Ergon Energy to get the power delivered.

"That cost shouldn't be ours... it's very disappointing," he said.

Mayor Jane McNamara said the Flinders Shire Council had assisted Mr Marciano with securing the best deal possible for the construction costs for the three phase line to the 15 Mile farm.

"Our CEO has worked tirelessly to secure a reduction in construction costs from nearly $900,000, back to $266,000 from the power supplier due to the proposed power usage," she said.

While the power was initially meant to be connected by now, changes to the farm supply points caused delays, blowing out the date to January 2022.

Mr Marciano said although discussions between Flinders Shire Council and Ergon Energy have seen that time frame revised, he has only been given a construction start date of mid to late June but no concrete finish date.

"It's a very good project and it's going well otherwise," he said.

Mr Marciano said while the project would go ahead as scheduled, there were significant extra costs to generate his own energy.

"I've already spent in the vicinity of $3 to $4 million and by me stopping the project it would mean I wouldn't get a crop next year, I would have to delay it for 12 to 24 months," he said.

The farm has also faced difficulties getting contractors into Queensland due to COVID-19 restrictions. 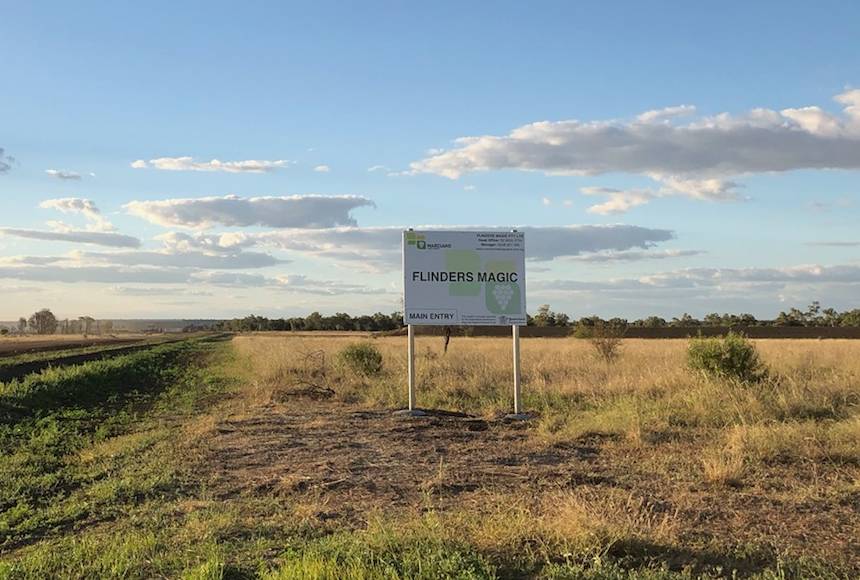 The sign on the way to the Flinders Magic grape farm at Hughenden.

Cr McNamara said she had personally lobbied her contacts within Ergon Energy, the Department of State Development and the Coordinator General's office to fast track construction into the second half of 2021.

Cr McNamara said the Flinders Shire Council had always been extremely supportive of the project since inception of the 15 Mile scheme in 2016.

"The Flinders Shire Council has expended more than $3.5 million of council funds on this project to bring it to the stage where Mr Marciano could invest in the land and develop the farm," she said.

Costs covered include freeholding of the land, reports needed to develop an impact assessment report and gain coordinated project status, an extensive drilling program and securing a Great Artesian Basin licence for the farm.

Cr McNamara said it was exciting to see the project coming to fruition after years of work.

An Ergon Energy spokeswoman said they could not comment on individual cases.

A spokesman for the Department of State Development said the department had been facilitating discussions with Ergon Energy and Marciano Table Grapes. 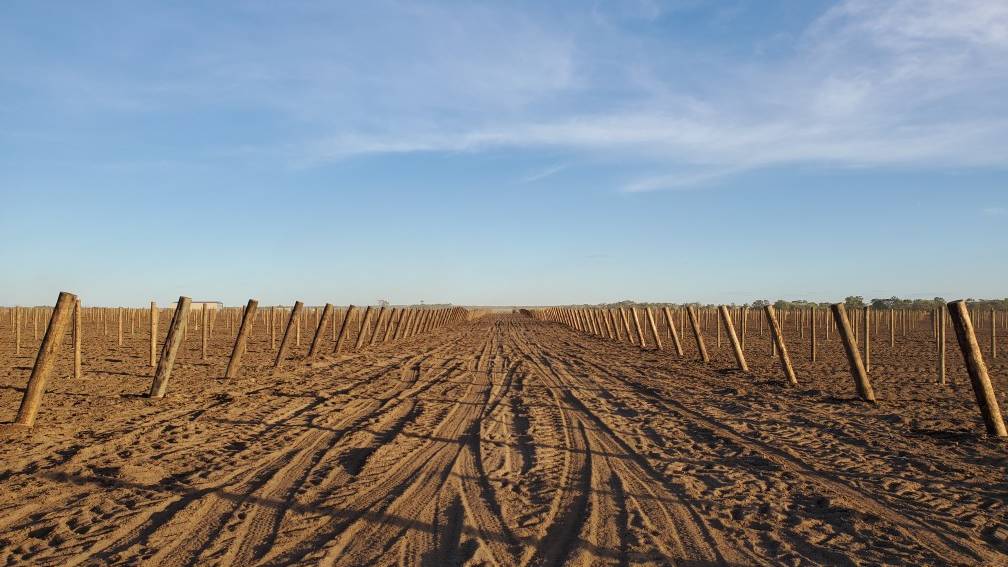