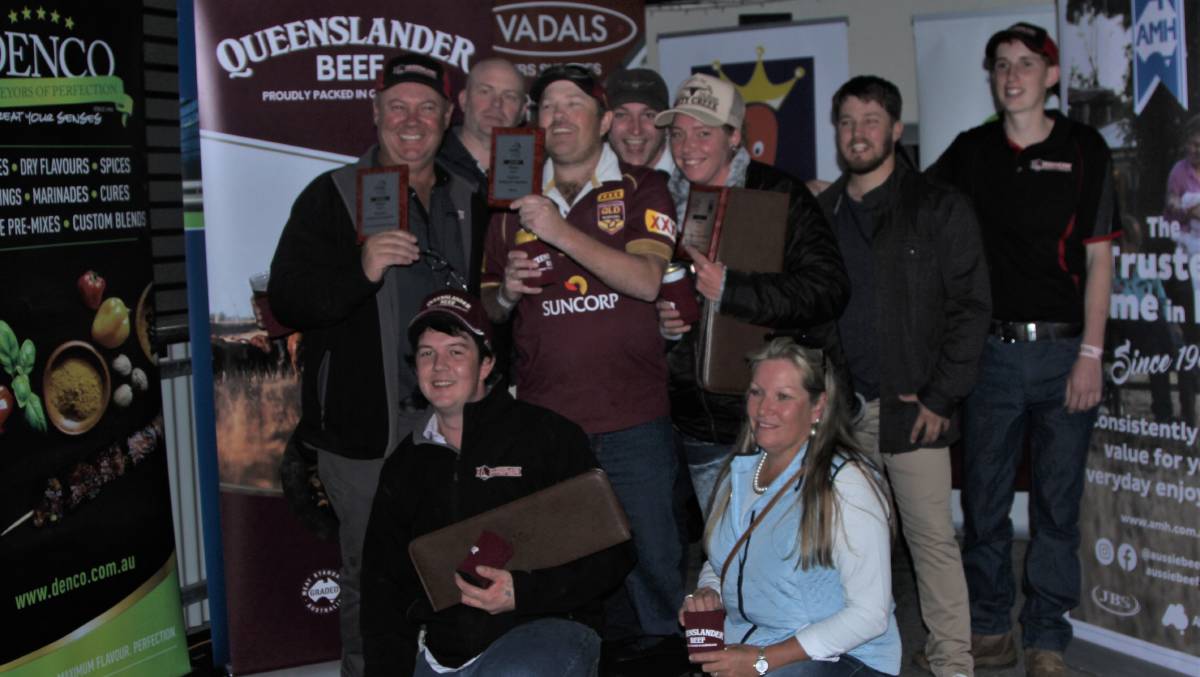 The jubilant Queensland Country Meats workforce claiming its awards in its Roma hometown.

It was a banger of a day for the local entrant in the outback region Sausage King competition in Roma on Saturday.

It was a banger of a day for the local entrant in the outback region Sausage King competition in Roma on Saturday.

Roma's Queensland Country Meats finished a huge day of taste testing with three of the prizes on offer, for the best gourmet burger, the best bacon rasher, and the best pre-cooked scalded sausage with their chilli beer sticks.

Matching them in the taste stakes was Ashton's Butcher from Pittworth and Dalby, taking home the gourmet sausage, traditional Australian pork sausage, and beef jerky trophies.

The coveted 'top dog' award for the traditional Australian beef sausage went to Meats and More from Crows Nest.

Entries were judged on both uncooked and cooked appearances, as well as being taste-tested for flavour and texture.

Points were also awarded for presentation and the creativeness of recipes.

For Queensland Country Meats owner Paul Lavelle, the wins were a triumph for their apprentices.

"We do this to give them a chance to compete and show their flair," he said. "What I'm happiest about today is that all our staff were involved."

The Roma business employs 16 staff, six of them apprentices, and it supplies all the clubs and pubs in the Roma, Wandoan, Wallumbilla and Yuleba districts, as well as roadhouses in the Northern Territory.

They are finding JBS beef, including the Queenslander brand, sourced largely from the Maranoa region, is appealing to local consumers.

"Our pigs and lambs are local as well," Mr Lavelle said. "Everything here today is commercially available - our lamb, spinach, bacon and cheese sausage is our most popular but it didn't win here today."

"It's worth winning - that can triple sales," he said.

It was their mouth-watering Swiss beef and bacon entry that tantalised judges' tastebuds the most.

The national competition is run by the Australian Meat Industry Council to showcase the ingenuity and skills of its member butchers, and according to AMIC state manager Roger Desailly, the outback Queensland region showed up in force on Saturday.

A total of 17 AMIC retail butcher shops from Toowoomba west to the border entered the Sausage King, Best Burger and Smallgoods competitions, with a total of 187 entries across the categories.

That equated to 150kg of meat judged at the Club Hotel on Saturday.

Plenty of other competitions were run throughout the day, including the Best of the West event where apprentices could showcase their ability to fill and tie sausages, shape rissoles, and bag a kilogram of mince.

In another win for the south west, Jake Arnall from Maranoa Meats at St George demonstrated the best dexterity. 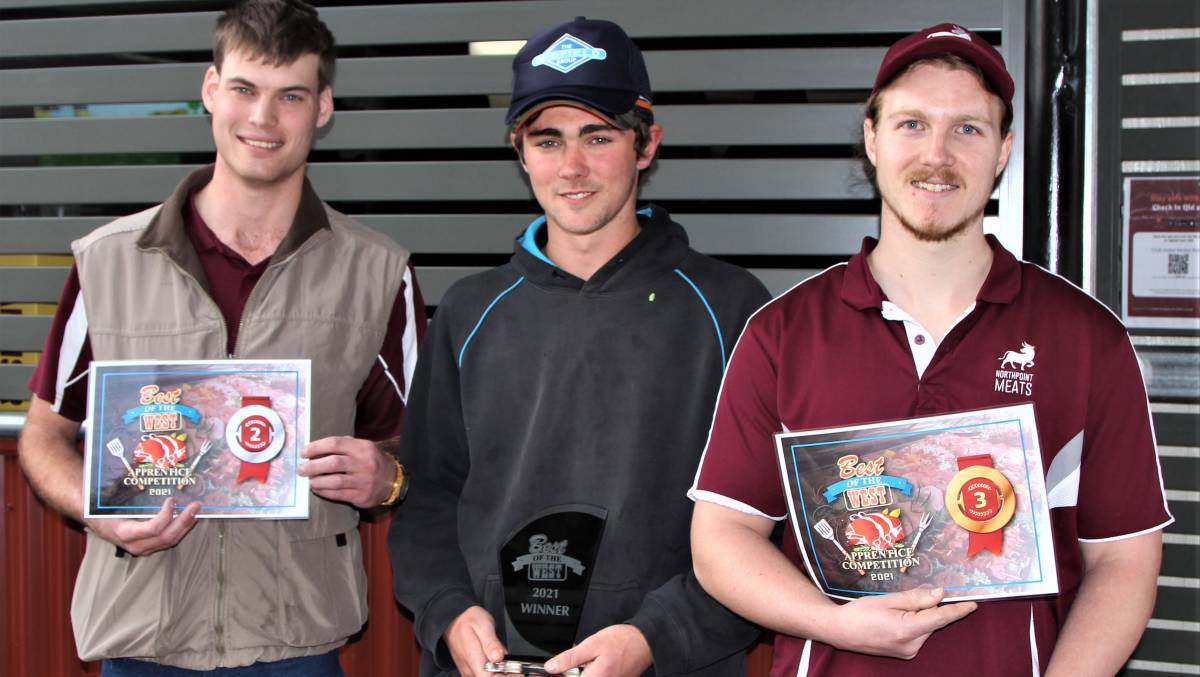 In the knife sharpening competition it was the old hands that won the day - Stephen Ward, 25 years a butcher in Toowoomba and the South Burnett, now a Wondai farmer - was the winner, while Paul Lavelle was second and Robbie Ashton, Dalby was third.

After years and years of practice, Mr Ward completely changed his technique for the competition, mimicking a sharpener that clamps the knife to get the exact angle.

"I did that scenario but I had to control the angle," he said. "It's the first time I've ever done it like that - I knew it wouldn't be a bad result, put it that way."

Mr Ward said it was a good thing that the 'old fellows' had won.

"At least we know we're training them properly," he said.

The flagship Sausage King event started in 1994 and attracts over 1000 entries a year across the regions.

The outback region attracted its most entries ever and Mr Desailly said there was a really good vibe on the other side of Beef Week, for everyone in the industry.