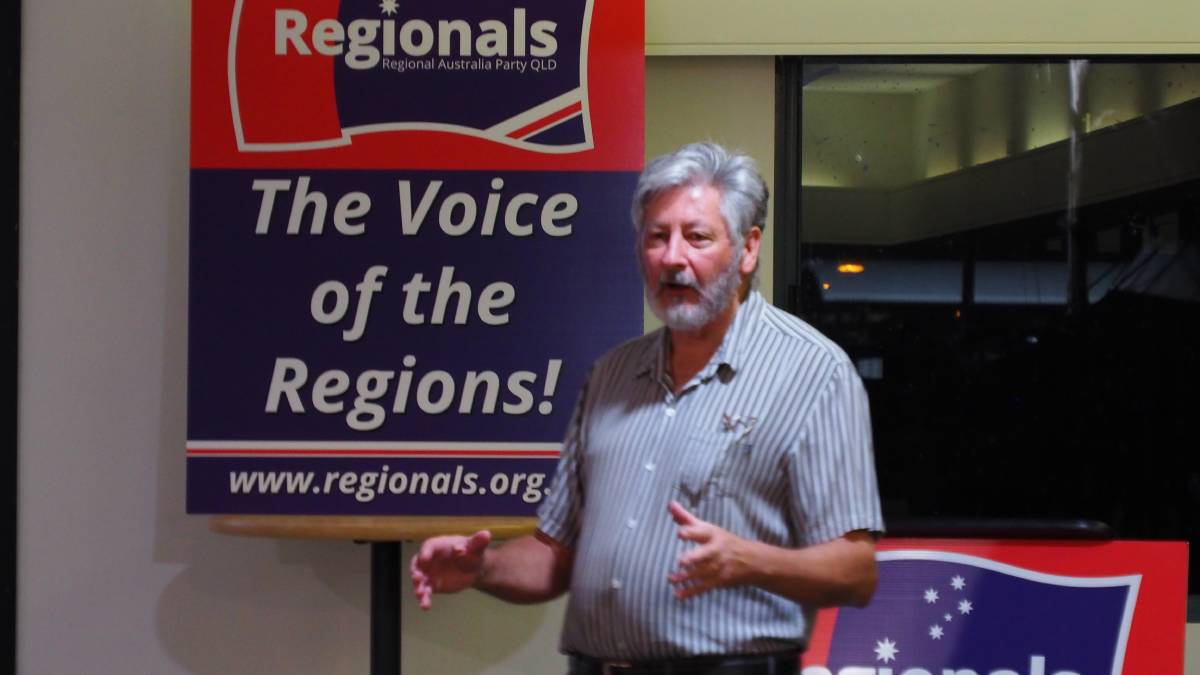 Regional Australia Party secretary Bill Bates speaking on the variance in population growth between south east Queensland and the regions, at the launch of the party.

While Queensland Premier Annastacia Palaszczuk was busily promoting tourism and renewable energy credentials in Cairns last week, a new political party with its heart in the north announced its existence.

While Queensland Premier Annastacia Palaszczuk was busily promoting tourism and renewable energy credentials in Cairns last week, a new political party with its heart in the north announced its existence.

"We call ourselves regional because that's what we're about," Mr Bates said. "We're the brand for the regions - right now regional Queensland is considered the backyard; if anyone needs something they dig another hole."

The aim of the party, which still has to register 500 members to be an official party, is to become the "indisputable partner of any government formed in Australia", according to Mr Bates.

"We're aiming for a situation where governments would need our support to get things through," he said.

He doesn't deny that sounds like the aims of the National Party or of various other right-leaning parties that have sprung up in recent years.

"If you go back into history the Country Party morphed into the National Party, and bonded itself to the Liberals, who call the shots.

"They can't sometimes look after their own people, and it puts them offside.

"Hopefully our branding is right and we'll appeal to a greater number of people."

He expected supporters of North Queensland First, the party set up by ousted LNP Whitsunday MP Jason Costigan, to migrate to their cause.

Mr Bates said that parties with people's names in them - think Pauline Hanson's One Nation, or Clive Palmer's United Australia Party - had proven to be a a barrier to the voting public. 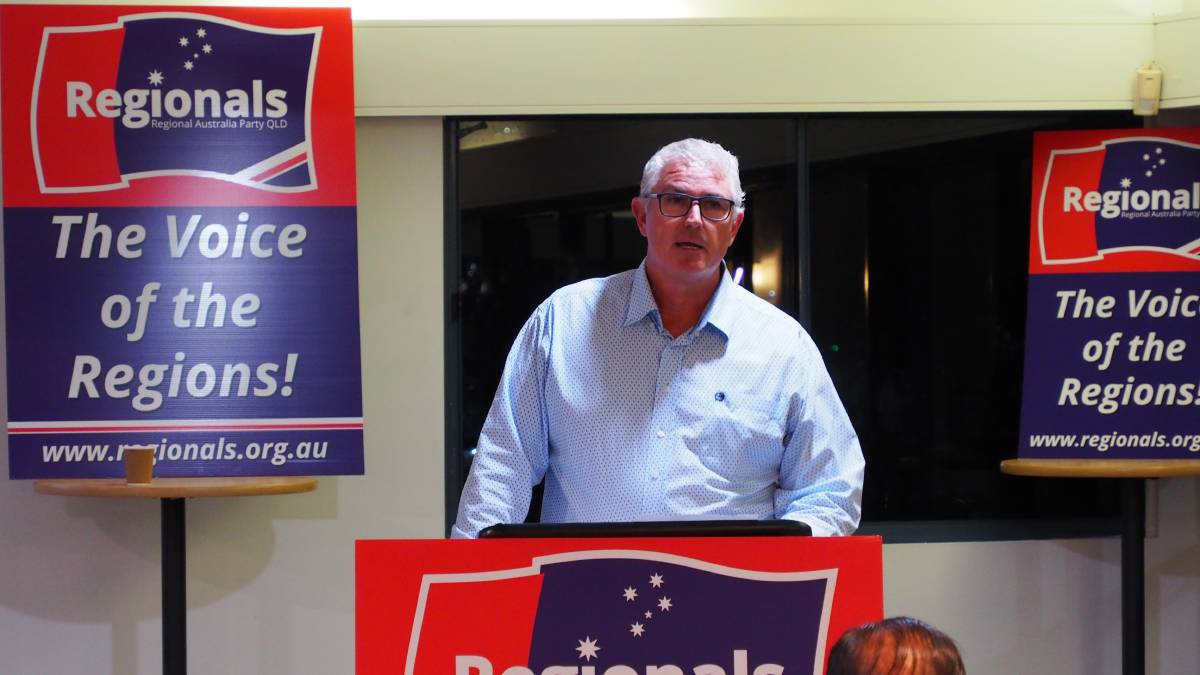 Party committee member and fellow spokesman Daniel McCarthy most recently represented one of those parties, Katter's Australian Party, in the contest for Leichhardt in the 2019 federal election.

Mr Bates said he didn't delve into the reasons he'd not remained a KAP member, just saying regional people were looking for a political brand that would truly represent much better outcomes for regional communities.

While COVID restrictions have been hailed as bringing about a newfound desire for regional living, Mr Bates said that in Queensland that was still very south east top heavy, which sounded a warning.

"For every 17 people coming to south east Queensland, only one is going to regional Queensland," he said.

"This variation in population increase will translate to representation in parliament.

"We need to create an environment and amenities that encourages people to go to the regions."

The Cairns-based spokesman said a multi-billion-dollar project was needed to push the north's economy ahead, and that was logically in dams and water storage.

He was also critical of FIFO employment policies, saying it had to be addresses as it meant money earned in north and central Queensland was being spent in the south, suggesting payroll tax adjustments that penalised those employing people out of the region as a way of dealing with it.

"We are drafting an ag policy, noting the $14 billion benefit that Queensland gets from the regions," he added.

The group's next priorities are to amass 500 members in order to register as a party, and to form branches in order to give people a voice in forming policies.

They are aiming to have everything in place if an early federal election were called.