The locals came out to see the NT outback's Katherine River back to its wet season best after two consecutive poor wet seasons.

Northern Australia's wet season has finally lived up to its name.

Northern Australia's wet season has finally lived up to its name.

The wet season, which runs from October to April, was the best since 2016-17, according to the Bureau of Meteorology.

The La Nina weather influence was credited for return of the rains after two of the worst "wets" recorded in the Top End.

The above average wet came as a relief for many communities after some of the worst rain years since settlement.

Bore water supplies were running low in many areas.

The repeated arrivals of monsoonal troughs and about a dozen tropical lows brought the rains unaided mostly by cyclones.

Eight tropical cyclones were recorded in the wet season, against the long-term average of 11.

Of the tropical cyclones, four occurred off Western Australia and four off Queensland.

For the first time since 2015-16 there were no tropical cyclones within the Northern Territory.

The wet started well with a wet October after the La Nina established in the tropical Pacific Ocean although November was relatively dry.

"Wet conditions returned as monsoonal and tropical low activity contributed to the second-wettest December on record for northern Australia, behind 2000," the bureau said this week after collating the rainfall records. 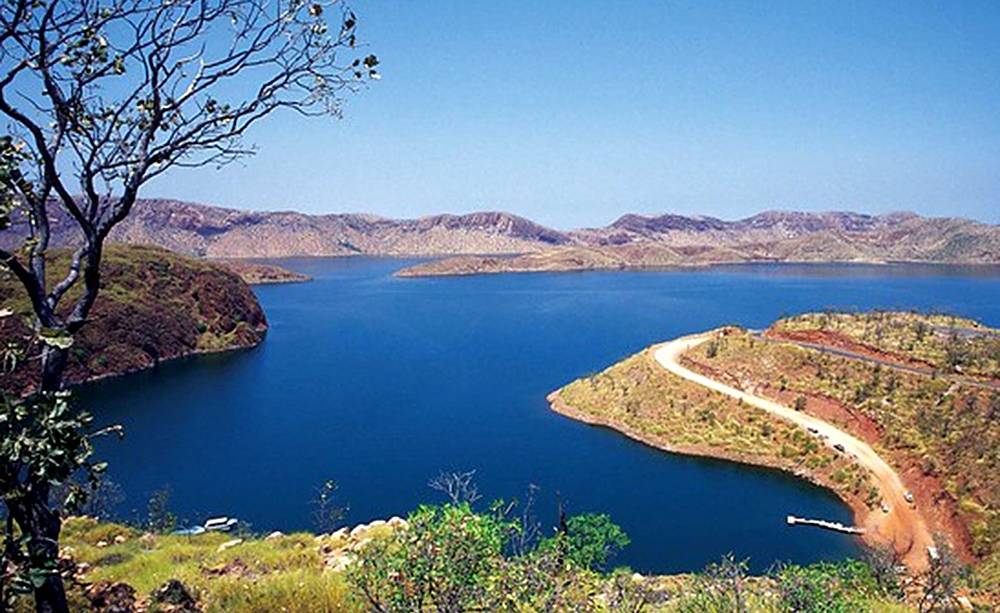 After falling to 25 per cent of its capacity, Australia's biggest water storage at Lake Argyle bounced back to more than 80 per cent full. Picture: Tourism WA.

The top of WA was affected by several tropical lows.

One brought heavy rains in the Kimberley and east Pilbara areas in January.

Another resulted in parts of western Gascoyne having their wettest February on record, along with extensive flooding.

Australia's largest water supply storage at Lake Argyle reached 82.1 per cent of capacity by the end of March after falling to 25 per cent in November, its lowest water level for 30 years.

Rain in Queensland was largely restricted to northern areas and the Cape York Peninsula as dry conditions held on further south.

A tropical weather system in mid March produced heavy rain and some flooding across central and southern Queensland. 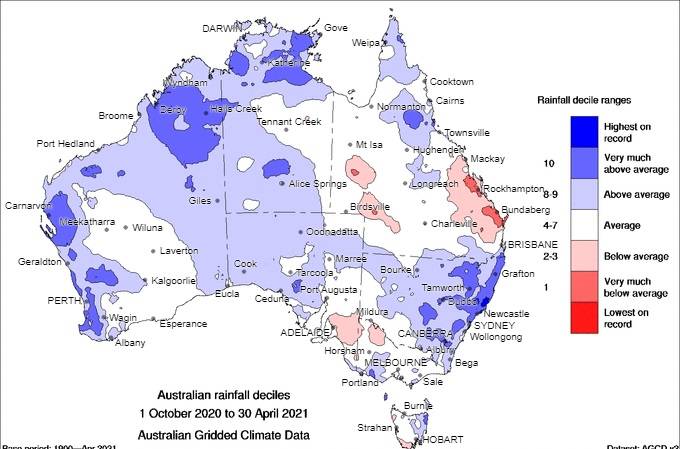 On March 17 , a deep surface trough off the Capricornia coast resulted in 550mm at Byfield, north of Yeppoon - the highest daily total of the wet.

Far north Queensland had another major rain event when the coastal area around Cairns received between 600mm-1100mm between April 19 and 26.

Rain like that hasn't been seen during April in the Cairns area in more than a century.

Tropical cyclone Imogen made landfall on the south coast of the Gulf of Carpentaria in January as a category 1 system.

TC Seroja had a major impact on WA's central west area in early April with lots of rain and winds of up to 170kmh.

The story Wet season finally lives up to its name first appeared on Farm Online.