They may not look like much, but pairs of decomposing old undies are giving researchers new understanding of the nation's soil health. 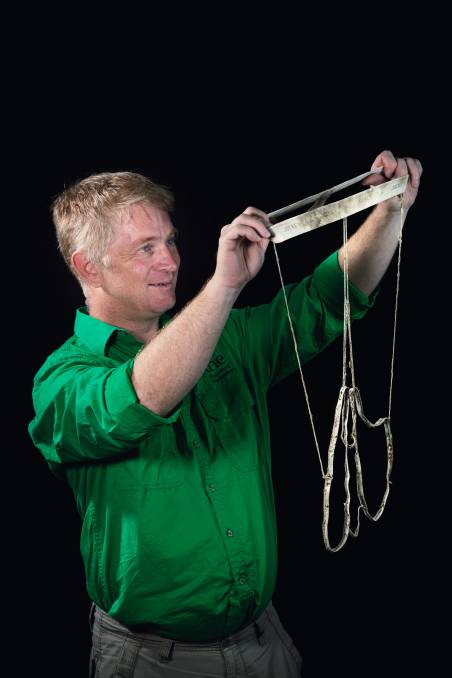 Oliver Knox, UNE senior soils system lecturer surveys the remains of a pair of cotton underpants as part of the Soil Your Undies project.Photo: Matt Cawood.

IT'S NOT often there's a competition as to who has the grottiest, most rotted out pair of jocks on offer.

However, that is exactly the case in a joint University of New England (UNE) and CottonInfo project.

The Soil Your Undies initiative is a project to assess soil health across the nation.

"The more the undies break down, the better shape your soil is in," Dr Knox said.

As part of the project the underwear are buried for eight weeks and then retrieved and assessed.

If there is good biological activity in the soil there will be more degradation in the cotton.

Dr Knox said the Soil Your Undies initiative had mapped the sites where participants had undertaken the test across the country, with entries coming from as far as Christmas Island and Western Australia. 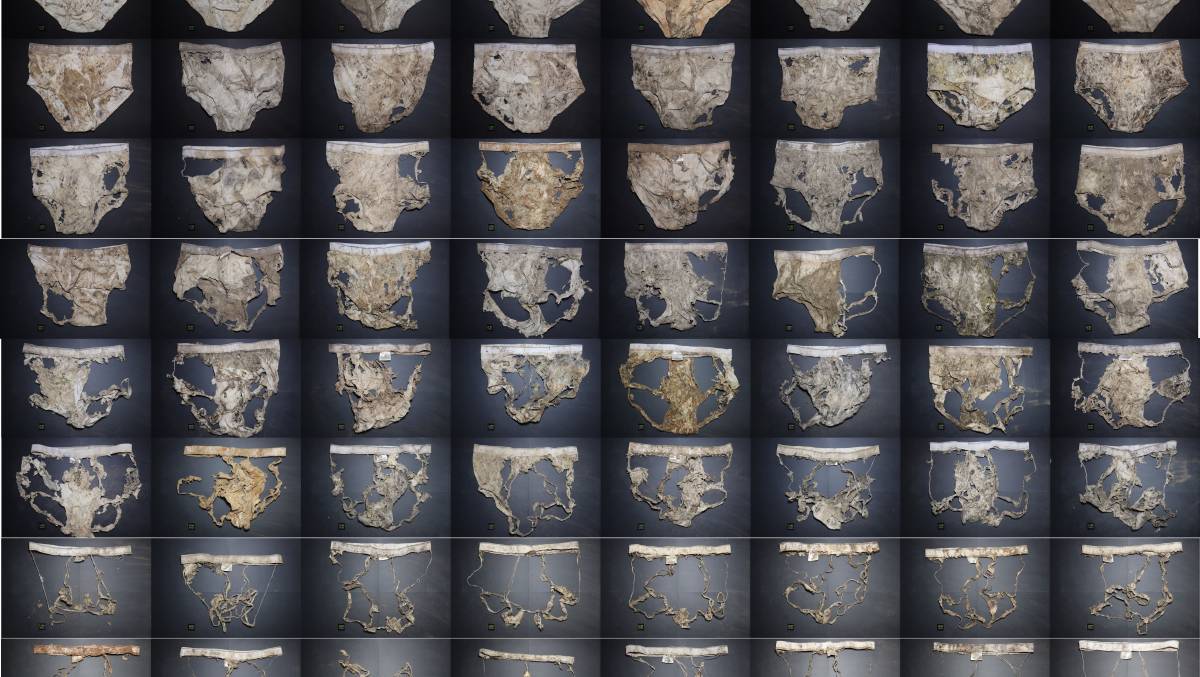 A collage of the various states of decomposition of undies sent in to the Soil Your Undies project put together by UNE's Kieran Meaney.

And just where has Australia's best soils in terms of biological activity?

Dr Knox said he would be accused of a home town bias, but some of the best results were from the New England and Liverpool Plains regions, although he said there was a caveat in that some of the entries received had been from schools with specially tended plots, rather than broadacre farms.

"A lot comes down to organic carbon levels and some of the soils in the south do not have as higher carbon levels to spark the biological activity."

"Moisture is also important, if there's no moisture there's little microbial activity and it is the same at times of excess moisture when the soil becomes anaerobic - just because the undies didn't break down does not mean it is automatically bad soil."

Dr Knox said with more undies appearing at UNE headquarters than onstage at a Tom Jones concert a solid data set was emerging.

"There is a real variability in the condition of the undies," he said.

"Some are completely rotted away and you're left with just the seams and the elastic, while with others they are virtually intact, you could brush them off, wash them and they'd still be wearable."

As well as the fun of the experiment, Dr Knox said it could be beneficial for participants and their farms, especially for those with lower biological activity.

"They can have a look at what they need to do to improve their soil structure, there are obviously constraints in Australia but equally there are things that can be done to get things in better shape, such as planting legume crops or looking at a crop with a long tap root to open up the soil structure."