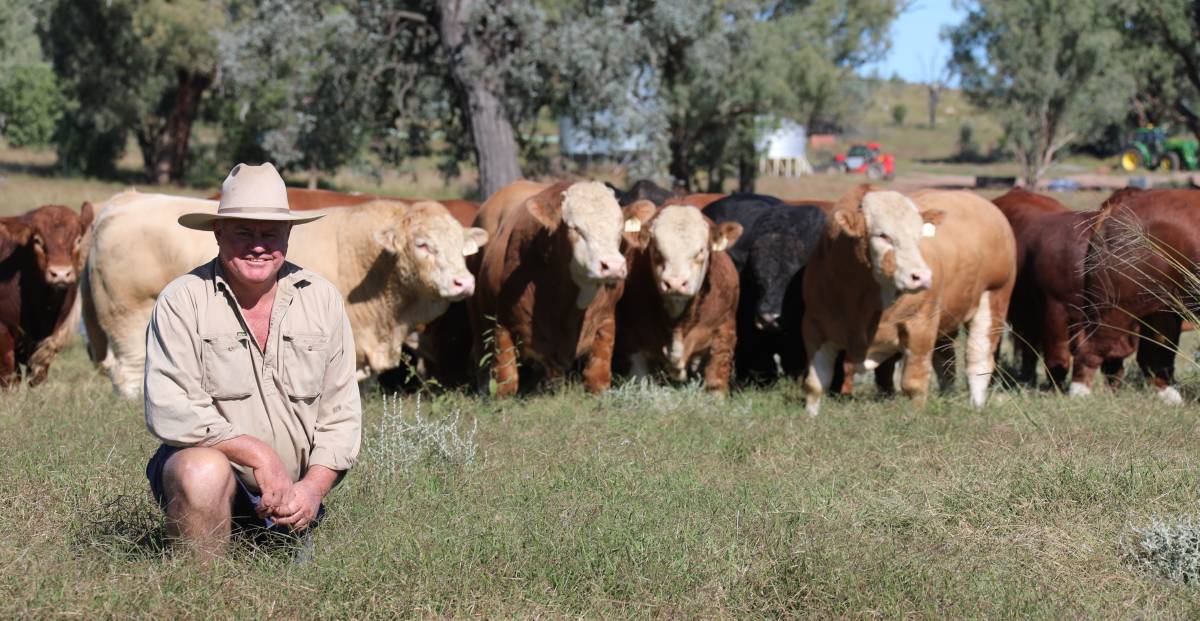 Lucrana Simmentals stud principal Andrew Moore with his 2021 sale bulls, which are among the best he's offered over the past decade.

Lucrana Simmentals has 45 bulls, including eight yearlings, in its 10th annual sale on July 2.

LUCRANA Simmentals has been a breed leader for many years, producing some of the industry's impact sires and this year's sale is no exception, with high quality bulls, suitable for stud and commercial production, on offer.

The Texas-based stud will mark its 10th year of on-property sales with yearling bulls being offered for the first time, along with a line of bulls from Victorian stud breeder Don Mathieson, from Brenair Park stud.

Lucrana Simmentals has had some strong results at on-property sales over the past decade, with good clearances and averages each year, with the Lucrana bulls going on to make an impact within the breed.

One of the most successful sires was the first lot at the stud's inaugural sale in 2012, Lucrana General, who sold for $19,000 to Darling Downs stud breeders Rodney and Liz Skene, Meldon Park Simmentals, Cecil Plains. 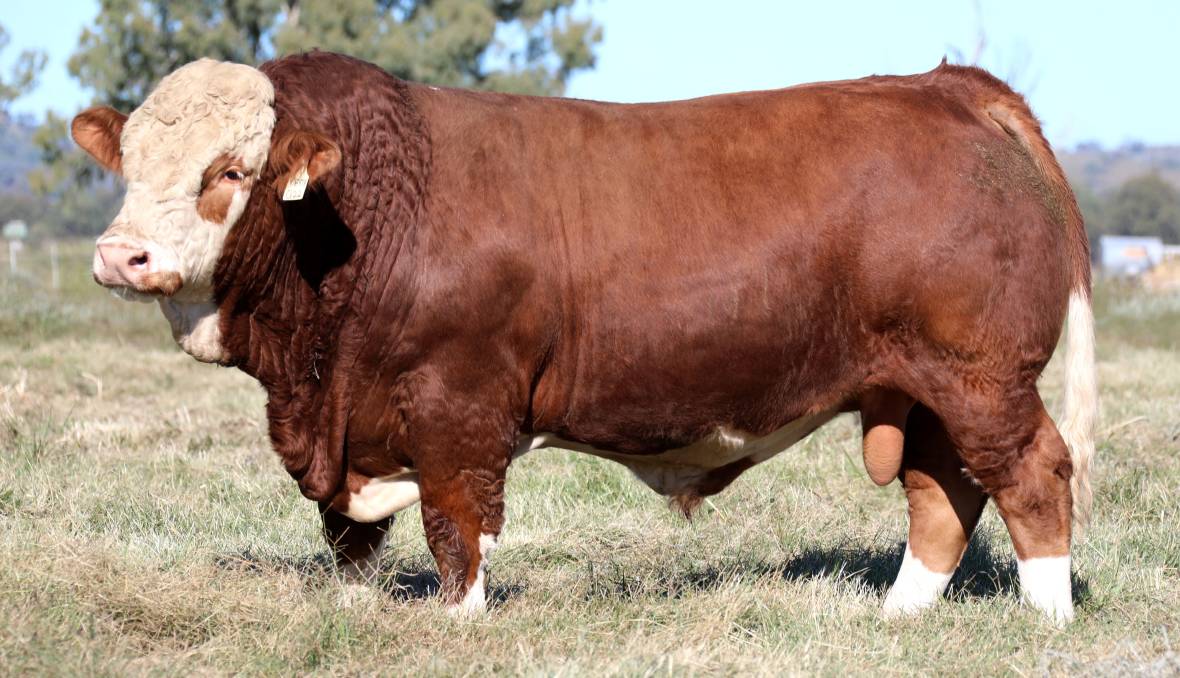 "They've had an enormous amount of success with General, with his sons topping their on-property sales, and they won the interbreed at Beef Australia in 2018 with one of his sons, Meldon Park Major Player," Lucrana stud principal Andrew Moore said.

Another outstanding result was the sale of Lucrana Legend, who made $32,000 in the 2017 sale, selling to Scott and Claire York, Billa Park Simmentals, Dulacca.

At the time it was a record price for Queensland.

"It's certainly nice to see our bulls having success as stud sires, but it's not our aim.

"My goal is to breed commercially relevant bulls that can handle a range of environments, because they're bred under commercial conditions here at Texas."

Lucrana has clients from the Northern Rivers of NSW to central and western Queensland, and they're targeting a range of markets, with the NSW producers generally target the vealer and weaner markets, while the northern producers are generally growing their cattle out, producing bullocks and heavy steers. 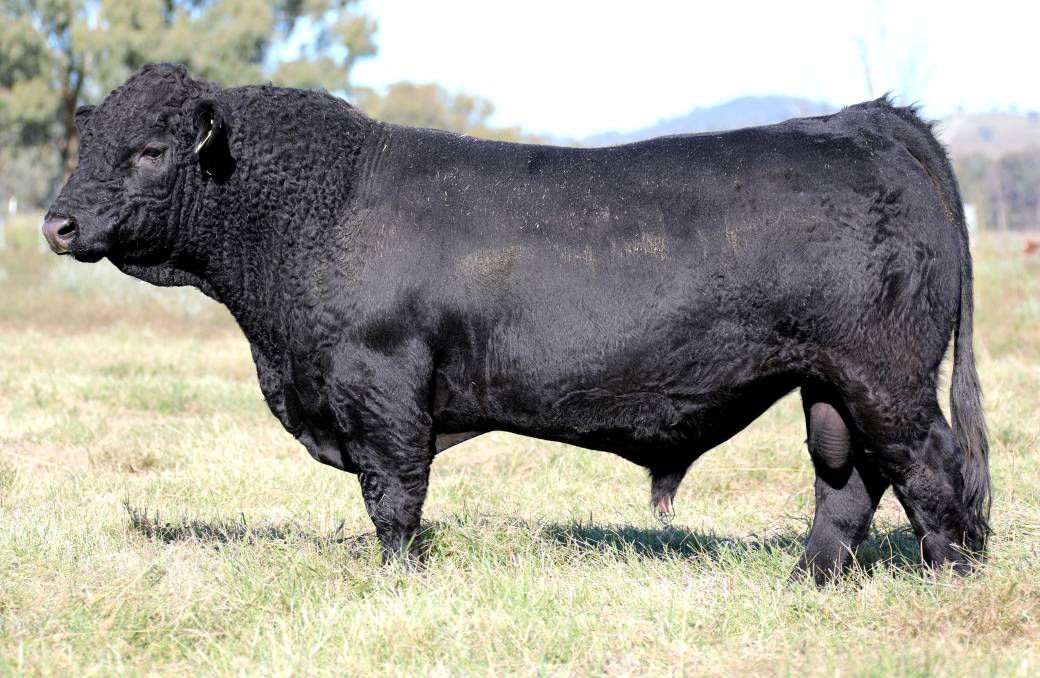 That ability to target a range of markets comes from Mr Moore's breeding philosophy which is focused on a balance of genetic traits to breed functional, fertile females, and bulls that can work in any herd.

This year's 45-lot catalogue features 10 black Simmentals, which have been offered by Lucrana since 2017, along with eight yearlings.

"We wanted to maintain our sale numbers for our clients this year and we're conscious that with the herd rebuild, there's a lot of demand for heifer bulls," Mr Moore said.

"These younger bulls are well suited to heifers, as all of them are themselves out of first-calf heifers so they have the low birthweight genetics behind them." 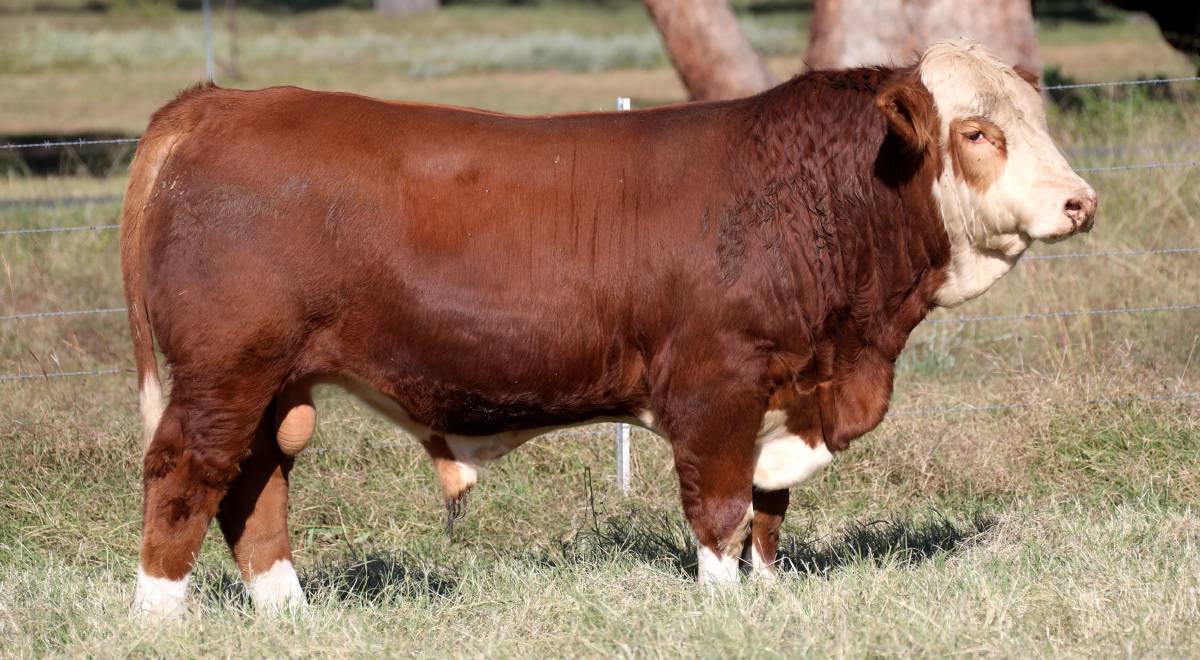 The younger bulls could also be an affordable option for some of Lucrana's smaller clients who can't compete against the northern buyers who are sourcing large runs of bulls each year.

"We have clients from the Northern Rivers who buy one bull, and the yearlings are a good opportunity to get new genetics earlier," Mr Moore said.

"I'm anticipating that they wouldn't be suitable for the blokes with big paddocks, but they're perfect for the smaller producers - they still have the same high quality genetics, and the potential to do well in any herd, provided they looked after in their first year."

Brenair Park will have nine bulls in the sale. "They are a stud that has been at the forefront of introducing new Fleckvieh Simmental bloodlines into Australia for decades, and the bulls on offer are the product of an outstanding cow herd."

"It's our first time with an outside vendor, and it's an opportunity to present some alternative bloodlines to what our existing clients have." 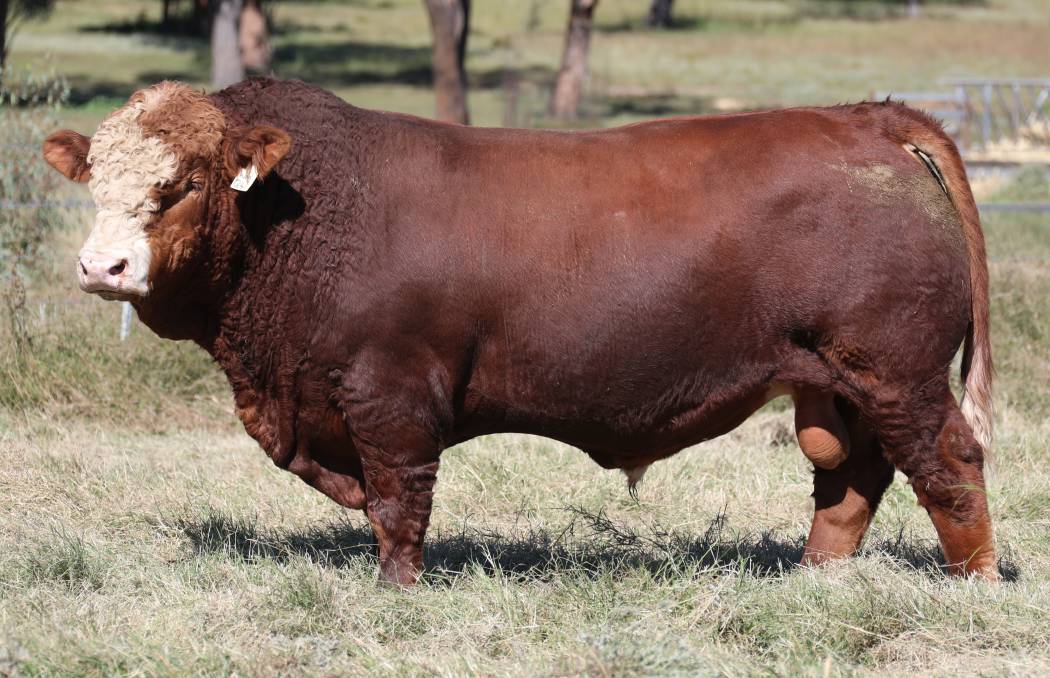 Among the Lucrana bulls to watch are lot 7, Lucrana Quigley (P), and lot 21, Lucrana Radar (P), one of the yearlings, along with lot 31, Brenair Park Rubin (P).

"They've got good conformation and muscling, weight for age, and fat coverage, which the Simmental breed is known for," Mr Moore said.

"When other breeds were competing to have the biggest bulls with a lot of growth, the Simmentals were maintaining the softness, so they can finish better than other European breeds."

The 2021 sale draft is among the best the stud has offered, as drought forced Mr Moore to make some tough decisions with the herd.

"We had to sell a lot of our older cows in 2018 and 2019, and made the effort to retain the genetically superior younger females. 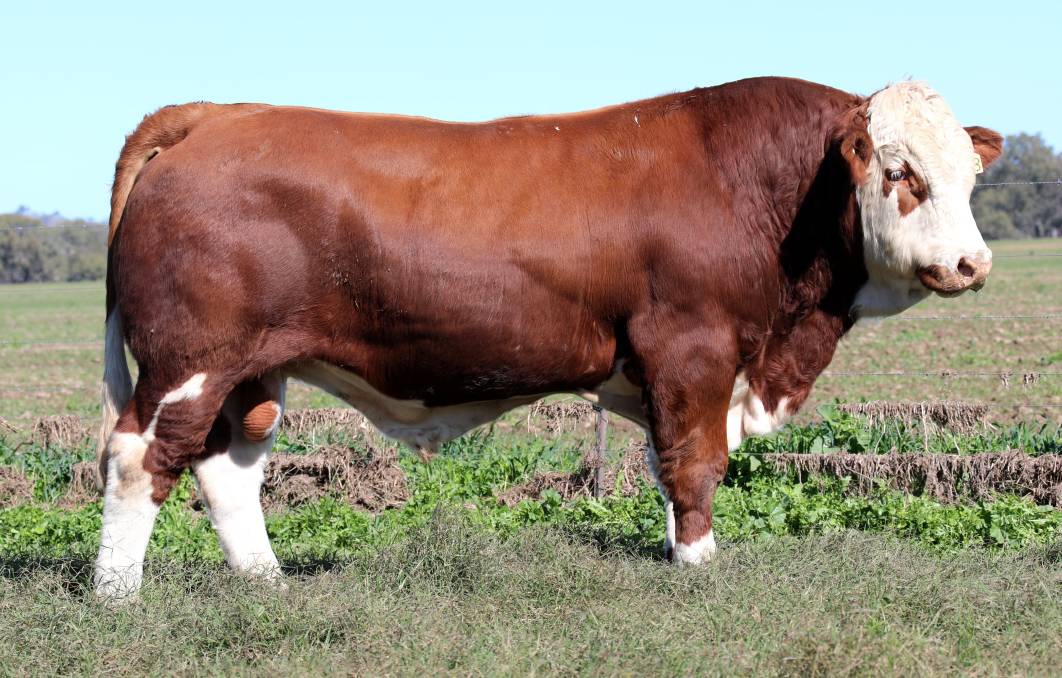 "We had to feed them because we can't buy our genetics back once they're gone, and we only kept the best females, so we could maintain the quality we're known for.

"We're still in our herd rebuild, and we hope to get back to about 300 stud cows, which is what we had prior to the drought."

The Lucrana Simmentals sale is on Friday, July 2, and bidding is available online via Elite Livestock Auctions.