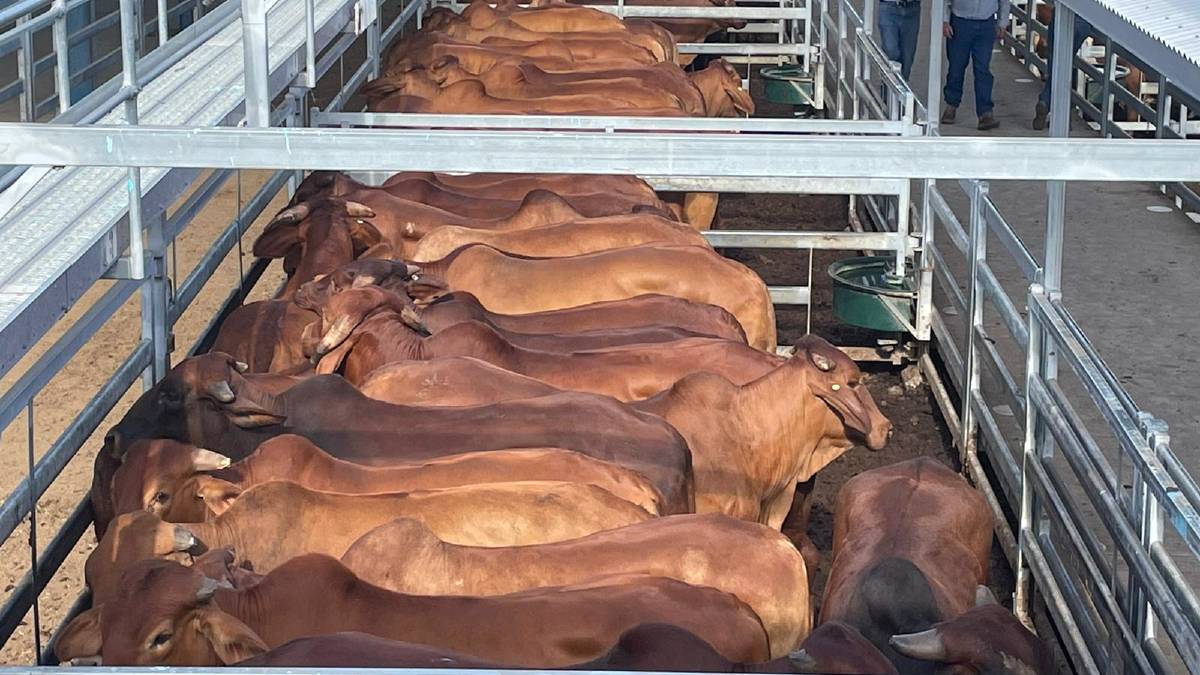 Hillcrest Pastoral Company, Middlemount, sold a run of bullocks that topped at 401.2c/kg and weighed 630kg to return $2353/head at Gracemere.

There were 2643 head of mostly locally drawn cattle offered at Gracemere.

LOTFEEDERS were prepared to pay similar prices as processors for heavy steers at the Central Queensland Livestock Exchange prime and store sale on Wednesday, where a line of bullocks made 401.3c/kg.

The quality red Brahman offering, from Hillcrest Pastoral Company, Middlemount, made a return of $2353/head for the lead pen which weighed 630kg.

Matt Pearce, SBB GDL Rockhampton, said processors and lotfeeders competed side by side for this quality line of bullocks.

"For this particular run, the first five pens were bought by a processor then the rest were secured by feedlot operations," he said.

"There is a shorter supply of these types of cattle, and lotfeeders prefer securing longer lines compared to buying a pen here and there. So, when these Hillcrest bullocks came in, and given they were presented so well, they became a real highlight."

A feedlot buyer also snapped up Baralaba vendor, M Davey's, line of 458kg Charbray steers for 404c/kg which made a return of $2216/head.

In total, the overall yarding increased this week by 861 to 2643 head of mostly locally drawn cattle.

Looking ahead, Mr Pearce predicted the yarding sizes would hold steady at around the 2500 to 3000 head mark.

"Next week I believe we will have similar results and we could even see the prices lift given the strong demand for cattle," he said.