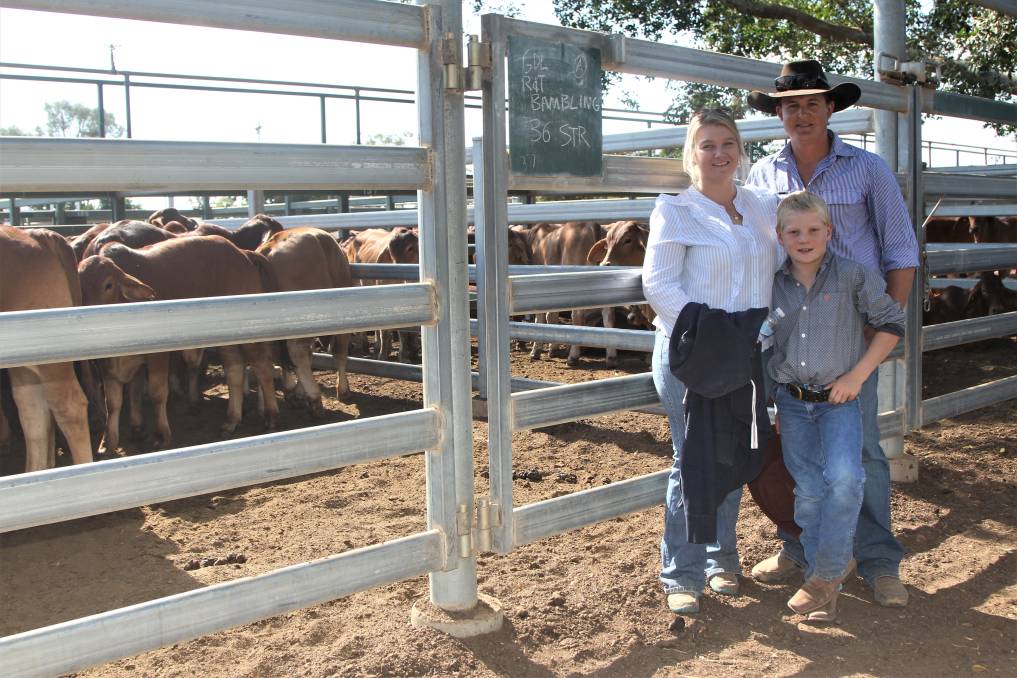 Payday: Tiffany, Ross and Mason Bambling were overjoyed with the price received for their first lot of cattle for sale at Blackall on Thursday. Picture: Sally Gall.

Aramac's Ross and Tiffany Bambling were on hand at Blackall's monthly weaner sale on Thursday when bidding for their first consignment of cattle returned them the highest cents per kilogram price on the day.

Aramac's Ross and Tiffany Bambling were on hand at Blackall's monthly weaner sale on Thursday when bidding for their first consignment of cattle returned them the highest cents per kilogram price on the day.

"I've been working my whole life to get this many cattle to sale - it was great to be here to watch them sold for that amount," Mr Bambling, aged 25, said.

The couple, who live at Glenavon north of Aramac, sent in two decks made up of 53 steers and 17 heifers, a mixture of Charolais-cross and Brahman No. 0s.

The Charolais-cross pen of steers, weighing an average 251kg, sold for 598.2c/kg or $1502 a head, to Skye Cattle Co at Alpha, who plan to grow them out into bullocks.

Together with 344kg red Brahman steers from his parents George and Jenny Bambling that sold for 446.2kg, or $1537/hd, the family sold nearly 200 head at the sale as part of their normal annual turnoff.

Big lines of very good quality pens of local feeder and store steers and heifers were a feature of the 5370 head yarding that was described by agents as the strongest in Queensland this week and which attracted strong restocker interest from NSW and the Darling Downs region.

One of the larger runs was a line of Santa Gertrudis-cross steers from Adams and Son, Darracourt, Blackall, weighing 432kg, that sold for 448.2c/kg or $1934/hd.

The extra restocker interest along with extra processors from NSW and Victoria led to an improvement in prices in most categories of 20 to 50c/kg. 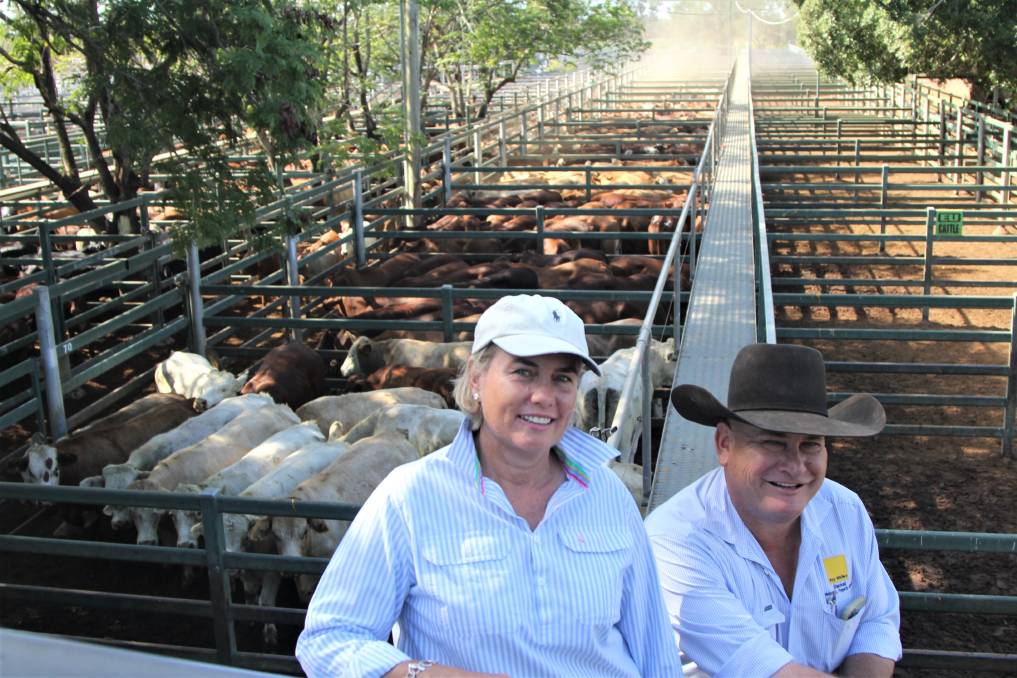 The steers had been bred at their Yalleroi property Neverfail and grown out at Glencoe, west of Blackall, and were sold to GDL Meandarra as part of their annual turnoff.

According to the MLA report, light weight restocker steers sold to 592c to average 527c for the better quality pens while the secondary lines averaged 408c/kg.

Heavy yearling steers to feed were in good supply and saw prices lift to an isolated 472c with most sales around 421c/kg.

Wells and Sons, Elrose, Boulia sold a pen of organic Charolais-cross weaner steers to 552.2c/kg to weigh 227kg to return $1255, that stayed in the system.