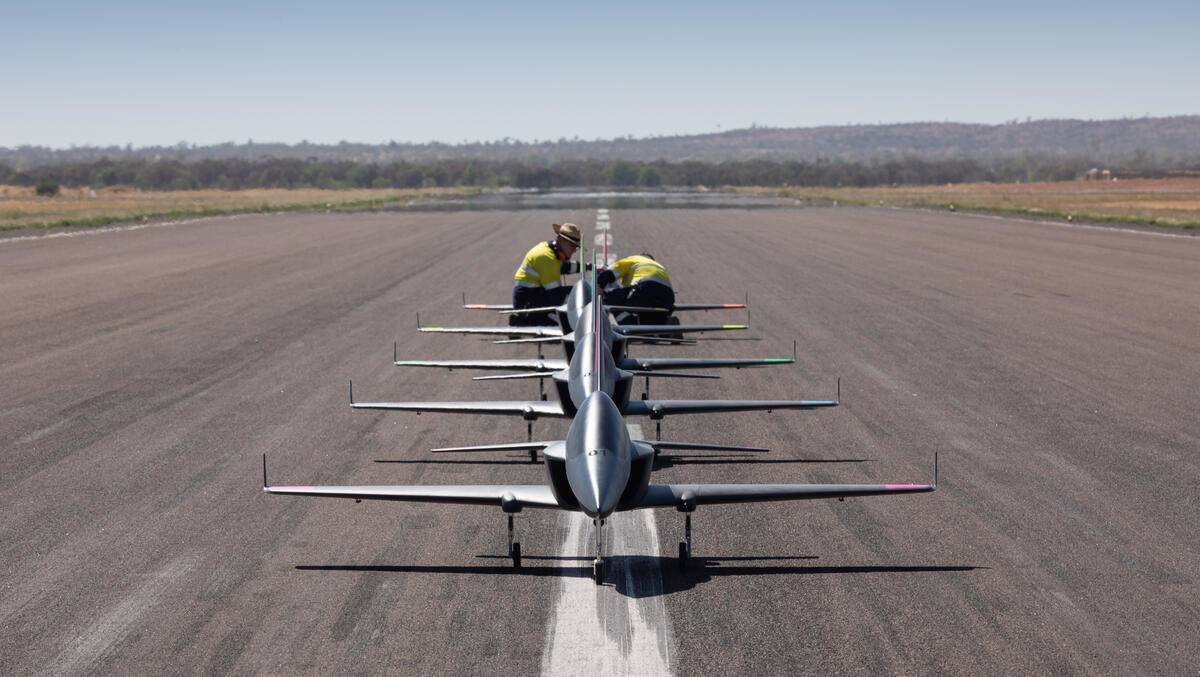 Boeing has been occupying the facility since its doors opened last year to develop their Advanced Autonomous Platform Technologies (AAPT) project, working with twenty Queensland tech businesses and providing a further 90 jobs under the Advance Queensland project.

The construction phase of the facility supported more than 100 direct jobs in the Cloncurry region, including 5 new apprenticeships, and is being used by international aerospace giant Boeing to produce the latest in UAV technology.

Boeing has been occupying the facility since its doors opened last year to develop their Advanced Autonomous Platform Technologies (AAPT) project, working with twenty Queensland tech businesses and providing a further 90 jobs under the Advance Queensland project.

The AAPT project set out to develop an on-board command and control technology by applying artificial intelligence algorithms to 'teach' the uncrewed aircraft's 'brain' to understand what is required of it.

Queensland is home to more than 30 per cent of Australia's UAV industry. The global commercial UAV market was valued at over US$5.8 billion in 2018.

"The Queensland Government's vision and investment in advanced manufacturing, drone infrastructure and test facilities is critical for companies like Boeing to continue innovating in Australia," Ms Hughes said.

"This project made significant steps in progressing autonomous mission systems technology and is another great achievement for Queensland's growing aerospace industry.

Boeing worked with the 20 local SMEs including Microelectronic Technologies (MeT), ImmersaView, RFDesign, and QuintessenceLabs to develop solutions to a range of complex technology challenges.

Brisbane-based company Microelectronic Technologies was one of the 20 companies to work with Boeing.

"It has created an international platform for our company to showcase our skills and expertise in local design and manufacturing which could enable us to support similar defence and aerospace projects in the future."

With the project now complete, the Queensland Government and Boeing will continue their partnership in defence advanced manufacturing. Pending orders, Queensland will become the final assembly production home for the Boeing Airpower Teaming System, the first military combat aircraft to be designed, engineered and manufactured in Australia in half a century.