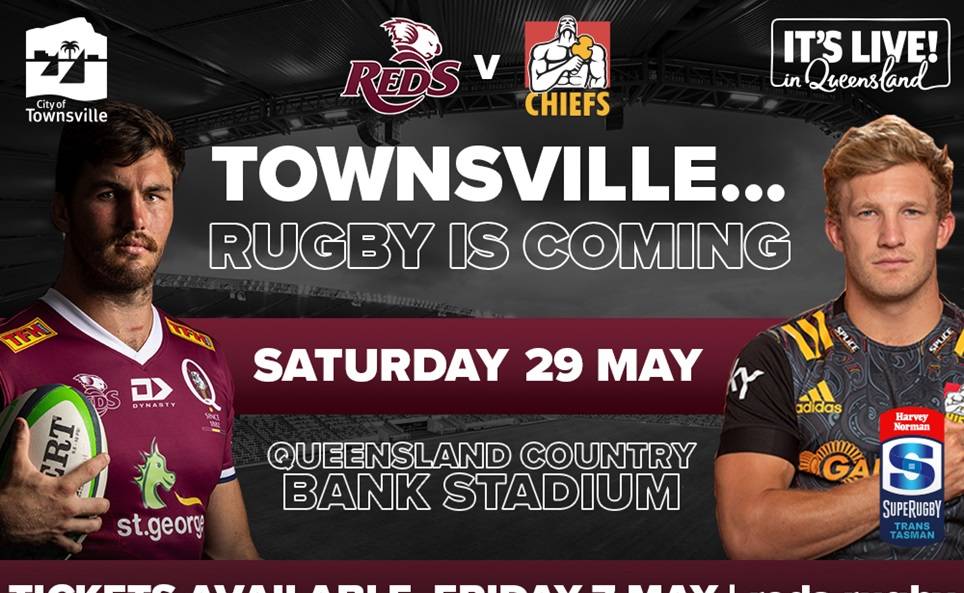 The Reds are bringing Super Rugby back to Townsville for the first time in 15 years.

It's the first time in 15 years that the Reds have been to Townsville, taking on the Waikato-based Chiefs the day after the New Zealand Warriors clash with the Cowboys.

Townsville is set to host a kiwi-infused rugby bonanza with the Reds and Cowboys both hosting New Zealand opposition at the Country Bank Stadium at the end of May.

It's the first time in 15 years that the Reds have been to Townsville, taking on the Waikato-based Chiefs in the Super Rugby the day after the New Zealand Warriors clash with the Cowboys.

Reds coach Brad Thorn said his undefeated team was excited to bring a Super Rugby match to Townsville for the first time in 15 years.

"We want Townsville's stadium to be our North Queensland cauldron," he said.

"The Reds represent the entire state. It's very important for us to play in front of our fans in North Queensland.

"You've seen all the positives from our Reds to Regions visits. This game will be another way to continue our connection with regional Queensland communities," Thorn said.

"We want to be bringing more matches to Townsville and North Queensland - Super Rugby games, Wallabies Tests and elite Sevens tournaments," he said.

"Rugby is booming in North Queensland and we want to continue to grow the game by exposing our local club players and fans to some of the best rugby in the world.

"We're looking forward to an action-packed weekend of footy with a distinct NZ flavour, which makes it the ideal weekend for passionate fans to make the trip North or with the recently opened travel bubble, to jump across the ditch and enjoy some beautiful North Queensland winter weather," Mr Kimball said.

Premier Annastacia Palaszczuk said the announcement should bring "millions" to the local economy.

"Major events pump millions of dollars into the economy and support local businesses and jobs," the Premier said.

"We're working hard to secure events like this to drive our economic recovery efforts in North Queensland.

"If you're a footy fan - Townsville is the place to be on the weekend of May 29.

"I'm calling on all Kiwi footy fans to book a holiday in North Queensland in May - come, watch the footy and escape the cold."

The fixture is one of many secured by the Palaszczuk Government as part of the state's COVID-19 economic recovery plan. 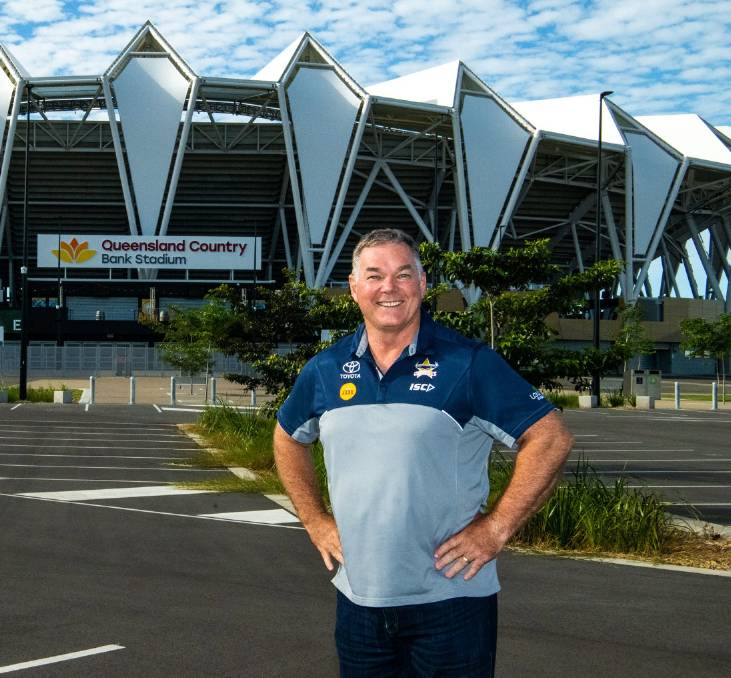 Resources Minister and Member for Townsville Scott Stewart out the front of Queensland Country Bank Stadium.

Tourism Minister Stirling Hinchliffe encouraged Queenslanders and New Zealanders to make the most of the double-header in Townsville next month.

"Townsville will be buzzing on the last weekend of May with a feast of footy at Queensland Country Bank Stadium," Mr Hinchliffe said.

"This is a unique chance to see both codes in action against the Kiwis at a world-class stadium in the heart of North Queensland.

"With the Australia and New Zealand travel bubble, this Kiwi double-header is a great opportunity for New Zealanders to cross the ditch for a world-class Queensland holiday."

Resources Minister and Member for Townsville Scott Stewart said the Chiefs and Reds blockbuster would pump around $1.9 million into the local economy.

"This is exactly why I lobbied so hard for a new, world-class stadium in North Queensland - to secure international sporting events that benefit local businesses," he said.

"Tourism and sport are an important part of our plan for economic recovery.

"We're working closely with the Reds and Townsville City Council to really make the most of the weekend and create a footy festival atmosphere in the north.

"Events continue to play a vital role in our state's COVID-19 economic recovery and we expect the Reds' Trans-Tasman match to draw 4000 visitors to Townsville. This will deliver a great shot-in-the-arm for our tourism industry."

"The investment in the stadium is paying dividends for our city and region. In addition to Cowboys' home games, our world-class stadium has already hosted blockbuster events such as Elton John, the Jeff Horn/Tim Tszyu fight and NRL All Stars game and we're looking forward to KISS in December," Cr Hill said.

"Hosting the Reds and Chiefs is another feather in our cap. Being a community that loves its sport, I'm sure we will see thousands of rugby union supporters enjoying two powerhouse teams play.