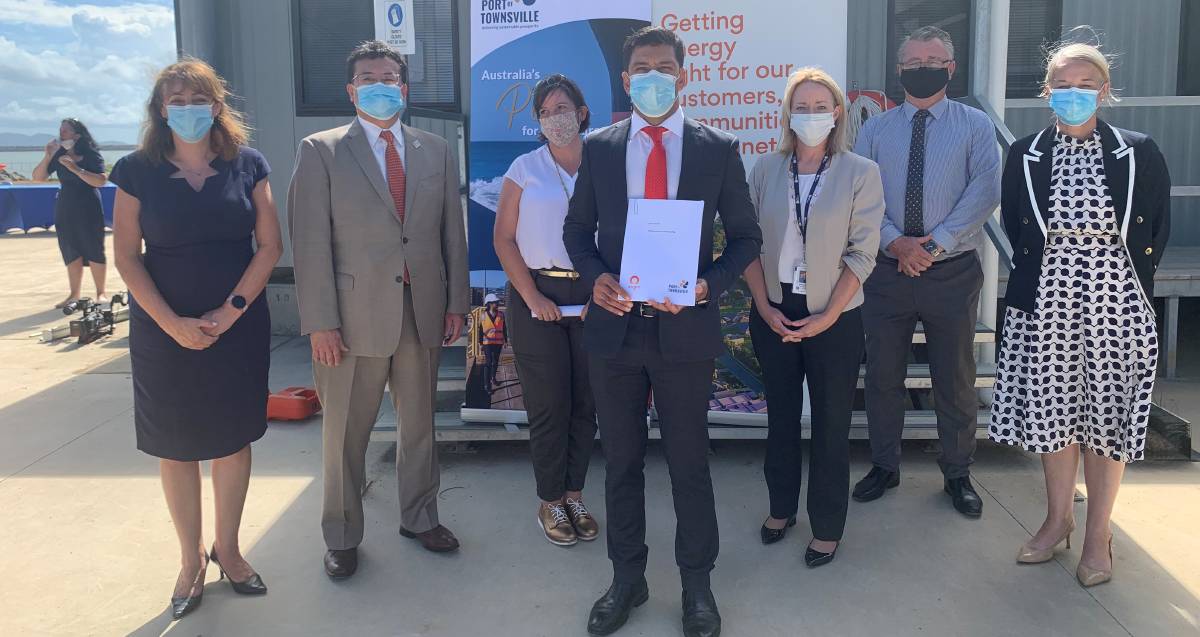 Green hydrogen has been touted as the replacement to agricultures most relied on fuel, diesel, while producing zero greenhouse gases.

The state government has taken another step in its push to develop a world-leading green hydrogen fuel industry in Queensland after signing an agreement with Australian energy company Origin and the Port of Townsville.

Green hydrogen has been touted as the replacement to agriculture's most relied on fuel, diesel, while producing zero greenhouse gases.

Premier Annastacia Palaszczuk said the deal is part of the government's coronavirus recovery and strategy to make Queensland a major renewables supplier and producer.

"Part of that plan is supporting regional economies to provide job growth in places like Townsville and North Queensland," the Premier said.

"We said we'd continue to build Queensland's hydrogen industry and that's exactly what we're doing because that means jobs.

"The MoU signed today highlights North Queensland's importance as a vital link in the supply chain needed for Queensland to become a major renewable hydrogen producer and supplier."

"This is an extremely exciting project to be part of as the global demand for hydrogen is gaining momentum every day," she said.

"Townsville enjoys more than 320 days of sunshine and the region has several established renewable energy developments with the renewable energy potential and regional partners progressing new hydrogen technology every day."

Green hydrogen is energy that is made by renewable resources, typically by electrolysis - the process of splitting water into hydrogen and oxygen by using electricity.

Hydrogen has earnt the backing by both government and industry for its potential as an energy source and as an export. Chemical researcher Associate Professor Simon Smart from UQ said that Queensland is at an advantage to be a major player in the emerging hydrogen industry.

"Hydrogen is not the sole answer to renewable energies, but it is a technology that can store renewable electricity. It can store potential clean fuel for large transport, and it is also feedstock for large industries," Assc Prof Smart said.

"Queensland is uniquely positioned to take advantage of renewable energy, particularly rural communities where there is a co-location of good solar resources, accessible water resources, coal and gas resources as well as good CO2 storage resources."

"This is one of the most advanced commercial scale green liquid hydrogen projects in the world, and we and our partners are looking forward to commencing front end engineering and design this calendar year."

Acting Minister for Energy, Renewables and Hydrogen Mark Bailey said the deal demonstrated the critical role Queensland's publicly-owned ports are playing in the state becoming an international hub for hydrogen.

"We're a leading energy exporter and the world is now looking to Queensland as a leading producer of hydrogen as the next energy source."