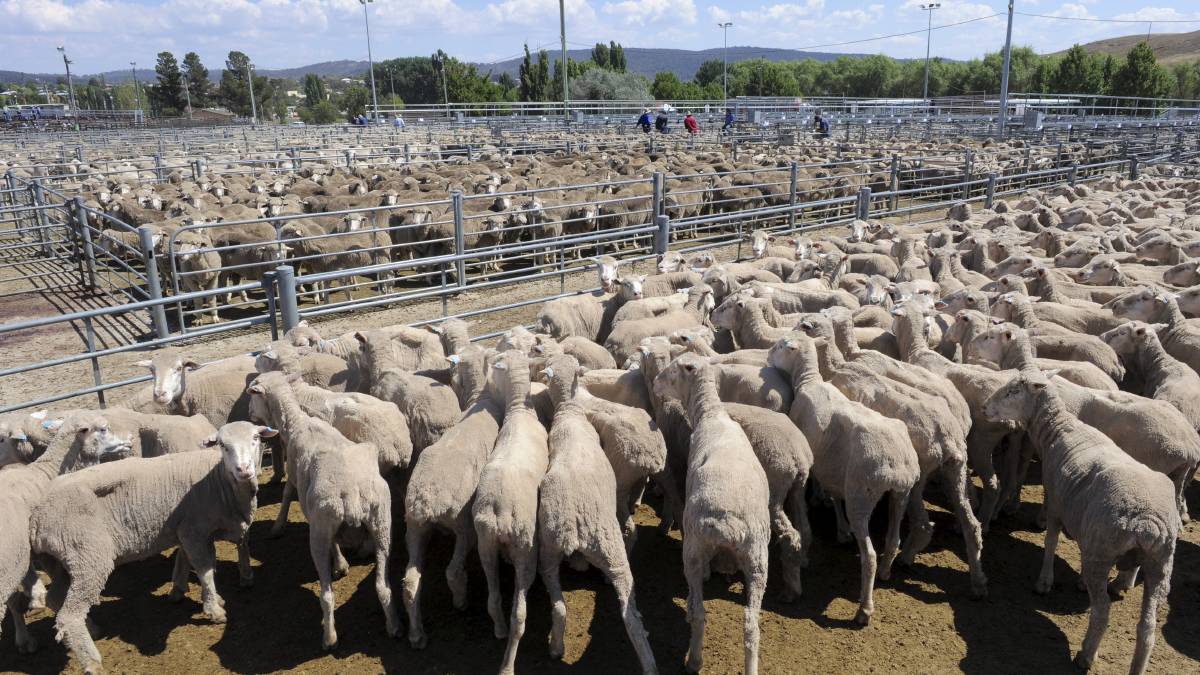 Both sheep and lamb numbers have increased despite good rains falling over key supply areas.

Recent rainfall across key supply areas of both sheep and lamb has not managed to ease yard numbers with Victorian and NSW saleyards experiencing an increase in sheep throughput after the shortened Easter week.

Total east coast sheep yarding levels increased by 52 per cent or 43,706 head by the end of last week.

In Victoria, numbers at saleyards increased by 49pc and in NSW they rose by 54pc.

"As producers turn their attention to fast-approaching winter cropping programs across the mixed farming regions of Victoria and NSW, lamb turn-off from farms has lifted, placing downward pressure on prices paid for lambs at the saleyards," Mr Atkinson said.

"The key selling centre Wagga is particularly impacted, where yardings have increased 44pc in the past week and 26pc, or 3454 head, since the start of March."

Restocker lamb was the only indicator to make any ground, gaining 4c to finish at a healthy 972c/kg, albeit down 5c year-on-year.

Meanwhile, the mutton rally that began in February continues with the national mutton indicator finishing at 655c/kg on Monday.

Even though the indicator is 12c lower, year-on-year, it has gained 55c in the last four weeks.

Mr Atkinson said the milder summer and above-average rains have aided the increase of lambs across the east coast.

"The good season has ensured the weight gains made through the spring of 2020 weren't lost, but continued to improve into early autumn before this lamb influx occurred," he said.

The crop of heavy lambs hitting the saleyards nationally compared to same time in 2020 has risen 42pc, or 14,274 head.

Moving forward, as producers with mixed farming operations continue to focus on their cropping programs, Mr Atkinson said yardings are expected to continue to lift in the short-term to ensure lambs are turned off before the planting season begins.

"Lamb yarding volumes may then return to average seasonal numbers into the autumn period," he said.

"As rains continue to ensure excessive volumes of feed across the key lamb supply areas, there is strong potential for heavier lambs to hit the market throughout autumn."