The moth pest has a destructive appetite for maize, grass, sorghum and corn, all crop relied on to support Australia's livestock industry. 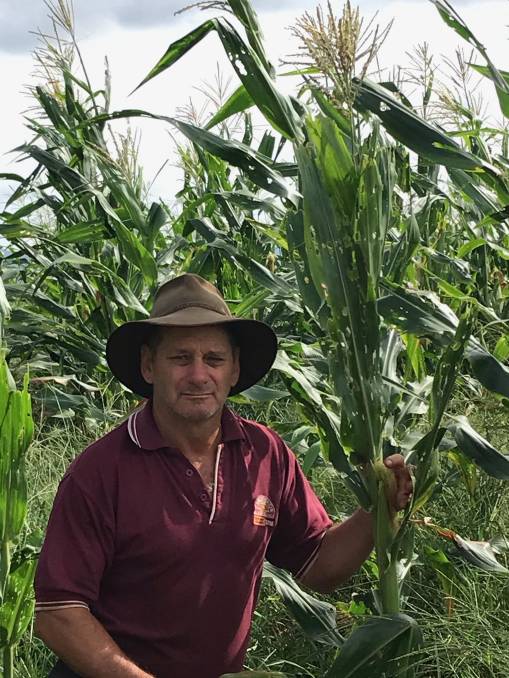 Australia's comparative success against COVID-19 has shadowed another biosecurity war that we're losing, according to growers in Far North Queensland.

"This is the silent killer. The state and federal governments need to get together and sort this out, or there's going to be no more food on the table," Mr Reisen said.

The moth pest has a destructive appetite for maize, grass, and sorghum - all crops relied on to support Australia's livestock industry.

Since arriving on the mainland in January last year, fall armyworm has spread through Queensland, Western Australia, the Northern Territory and northern New South Wales.

Mr Reisen runs a small cereal operation on 150 hectares of country and said he's one of many who are considering ditching maize.

"It's not profitable to operate with fall armyworm and if Australia can't keep producing maize, the whole agricultural industry will fall over. We'll end up importing food."

Mr Reisen is calling on government to get behind a new management strategy, using the white fungus Nomuraea Rileyi which eats the worm from inside out.

"I think it will work, we're seeing it work really well in some paddocks but we just don't have enough of it yet," he said.

Hill MP Shane Knuth said if something was not done, this could become a national disaster.

"This worm is decimating crops across the country and farmers cannot keep up with continued spraying," Mr Knuth said.

"We need both the state and federal governments to fight against this as it continues to spread."

It's not profitable to operate with fall armyworm and if Australia can't keep producing maize, the whole agricultural industry will fall over. - Jeff Reisen, Atherton

Mr Knuth has raised his concerns about the damage sustained in the Hill electorate with state Agriculture Minister Mark Furner.

"I'm at a loss because I don't know which way I'm going to go. We could just stop growing maize, but then the poultry, dairy, pork and livestock industries won't have any feed to feed their animals."