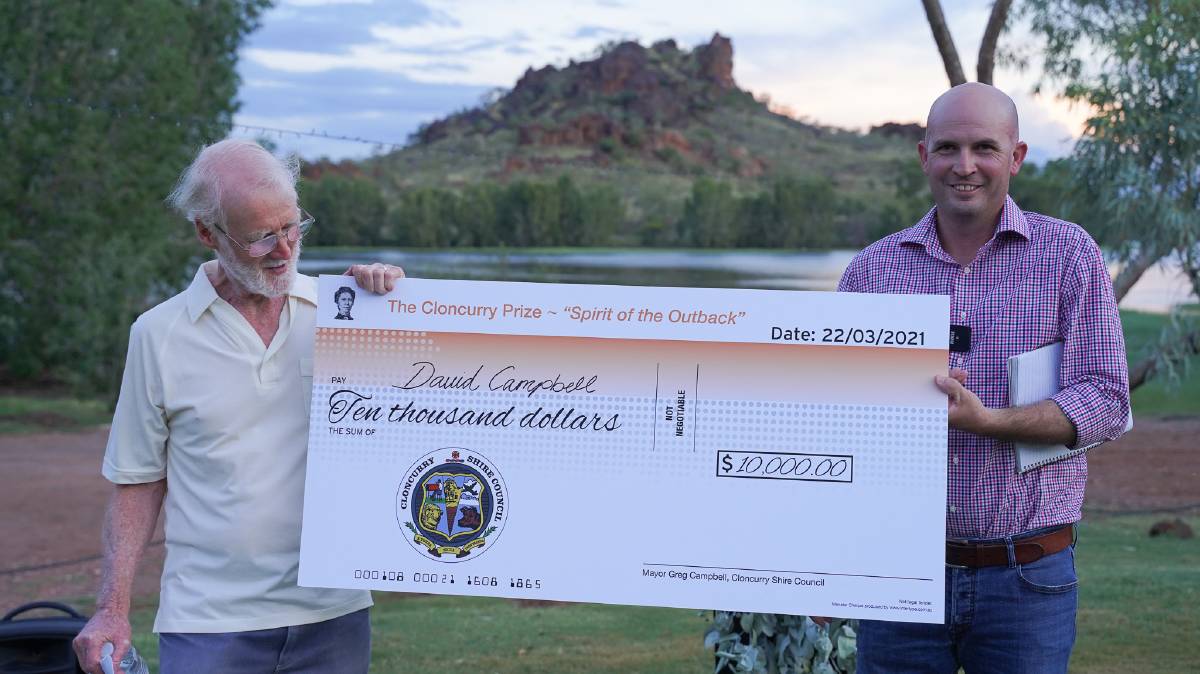 More than two hundred entries were made for the new competition, Mr Campbell's impressed judges the most for it's capturing of the Outback's essence.

David Campbell has won Cloncurry Shire Council's inaugural Spirit of the Outback poetry competition with his poem 'The Heart and Soul of Australia'.

The poem is an ode to modern and ancient institutions in the region; paying tribute to the longstanding regional health service the Rural Flying Doctor Service that began in Cloncurry and the of thousands of years Indigenous people have been on the land.

Mr Campbell travelled from his home state of Victoria to claim the lucrative $10,000 prize on Monday evening at Chinaman Creek Dam.

"I couldn't think of anything better to embody the spirit of the outback than the Royal Flying Doctor Service."

More than two hundred entries were made for the new competition, Mr Campbell's impressed judges the most for it's capturing of the Outback's essence.

Mr Campbell said he was delighted to take out the prestigious prize in the competition's first year by paying tribute to the Royal Flying Doctor Service.

"I couldn't think of anything better to embody the spirit of the outback than the Royal Flying Doctor Service."

Mr Campbell, a retired and English and mathematics teacher said the issue of climate change is most pressing for those working on the land.

"I'm city born and bred, those living on the land deal with the reality of climate change more than any of us and have a far better understanding of the consequences of climate inaction."

The trip to collect the award was Mr Campbell's first ever trip to Cloncurry, he said the boundless terrain of Western Queensland took him by surprise compared to his home state of Victoria.

"The first thing I noticed was that it's hot, we're use to heat and bushfires where I'm from but not weeks and weeks of extreme heat," he said.

"Flying in, I noticed the vast terrain that we were flying over. The fact is, up here, if someone is seriously ill you don't just hop in the car." 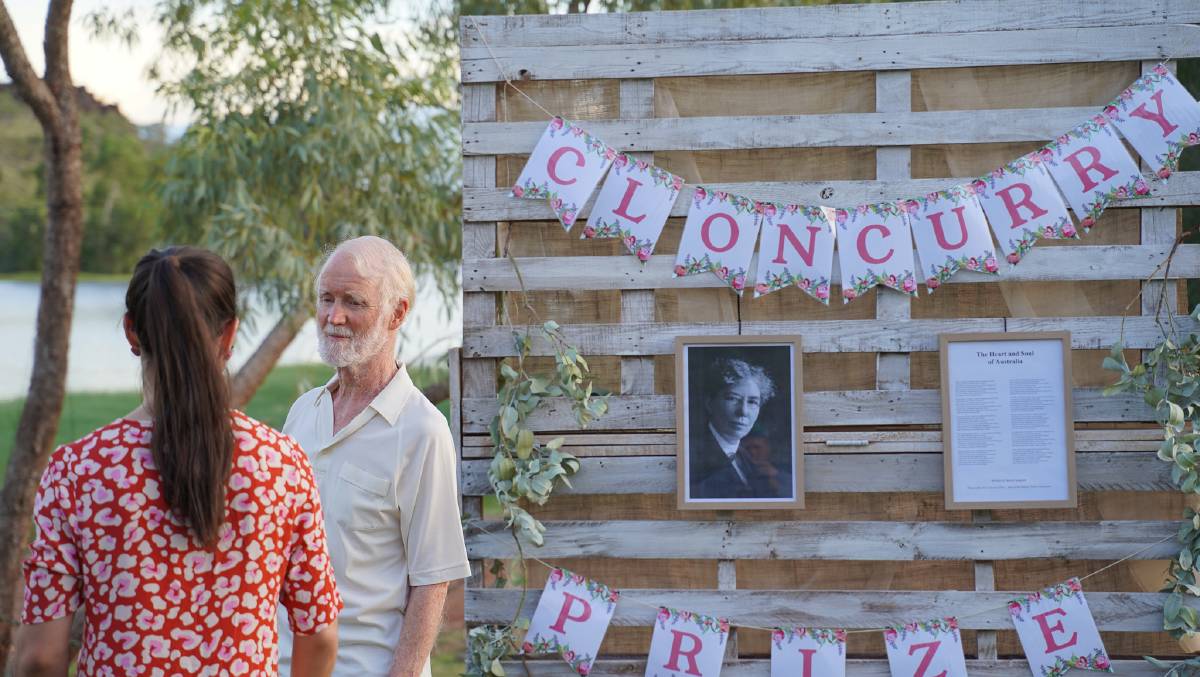 Mr Campbell travelled from his home state of Victoria to claim top prize on Monday at Chinaman Creek Dam, Cloncurry.

Mr Campbell said it was a great that Cloncurry Shire Council was supporting Australian poetry and paying respect to the region's poetic past.

"Council is encouraging poets to use their skills to continue the great poetic traditions established a century ago by such well-known names as Dame Mary Gilmore, who is buried alongside her husband in the Cloncurry cemetery, Henry Lawson, 'Banjo' Paterson and CJ Dennis."

"At the RFDS we are incredibly proud of our heritage and the hard work and dedication of our staff. To have that depicted so eloquently by David in his poem is a wonderful gesture, and one which we are genuinely grateful for," they said.

Cloncurry Shire Council Mayor Greg Campbell said the competition was a response to the pandemic and an effort to stimulate national pride.

"The competition was launched to draw attention to the Outback and promote it to the rest of Australia. The concept of the prize was to highlight our wonderful country and ignite our sense of national pride during the COVID-19 lockdown. David's poem represents the spirit of the outback and pays tribute to services in the bush."

Other prize-winners were announced on the evening, which included runner up, 'Broken Down', by Jennifer Harison and meritorious mention, 'A portrait in the Theatre of Desire', by Brian Obiri-Asare.

Copies of the poems and information on the competition is available on the Cloncurry Shire Council website.