Opportunities are opening up for Australian red meat exporters as they look for diversity in the market.

According to MLA's regional manager Southern Asia Ellen Young, creating diversity and lessening reliance on China is a major contributor to the increased interest to export to our close neighbours. 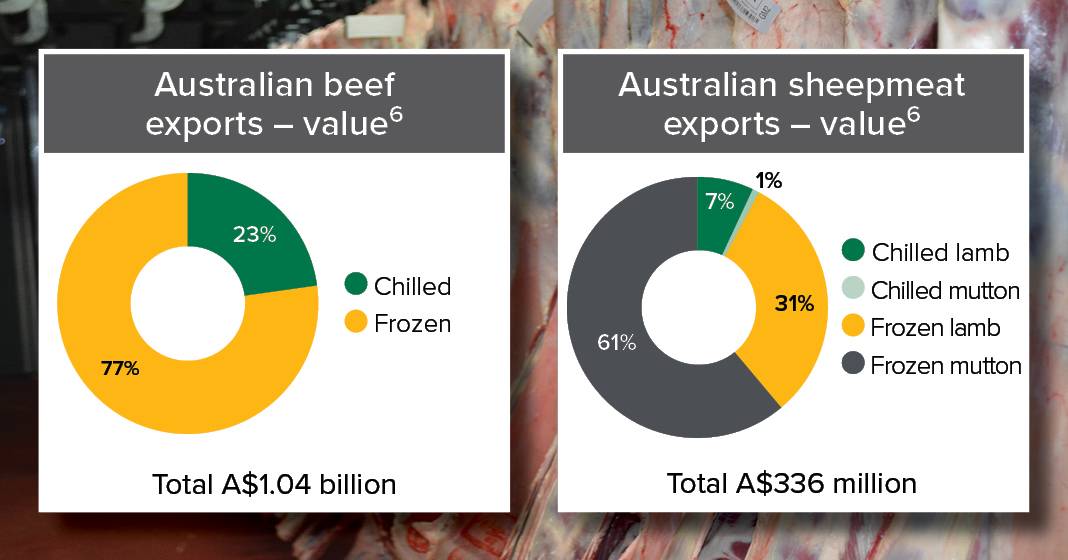 "The fast growing, diverse region has a lot of improving household income and changing consumer tastes which is really exciting for the Australian market," Ms Young said.

"But we are also seeing rapid growth in urban cities such as Bangkok, Singapore and Jakarta."

A key factor to the success of red meat exports increasing is Australia's proximity to South-East Asia.

Covid has seen issues with flights and shipments of products around the world, but being in close vicinity will lesson such hurdles.

"Along with the IA-CEPA agreement, the Thailand-Australia Free Trade Agreement (TAFTA) with the tariffs and safeguards coming off, and Singapore Digital Economy Agreement is making business a lot easier in the region," she said.

But she said the biggest mistake export companies can make is treating South-East Asia as one country, and the standard 'meat and three veg' isn't going to fit the variance in the market and consumption habits requires a highly targeted approach.

"It's really important to research before you enter a country. Even cuisines are going to be different in every market."

A market with heightened activity is Thailand, albeit with continuing issues surrounding Covid.

Ms Young said enquiries have increased since the FTA in January 2020.

"Thailand is a small market, but it's high value. The issue now is the Thailand tourism market. Because of Covid they obviously aren't seeing the 38 million international visitors, but there is a lot of opportunity in the next three years," she said.

Thailand has the highest number of international hotels in the region and according to Ms Young once the borders open up these groups will be a massive opportunity for Australian red meat.