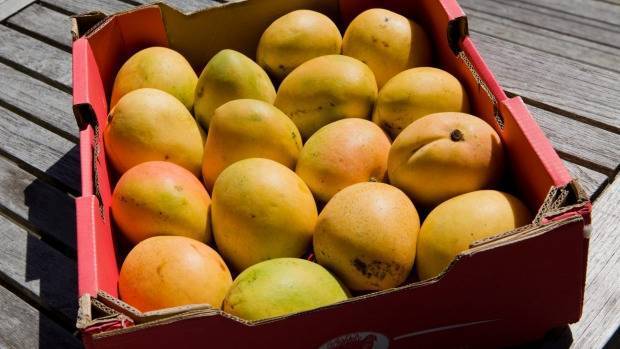 MANGO FRENZY: More than 564,000 tonnes of late season mangoes have hit the supermarket shelves nation wide and will be for a limited time from February through to the end of March.

After a stellar Mango season, more than 100,000 trays of late season Mango varieties will hit shelves nationwide for a limited time.

After a stellar mango season this year, more than 100,000 trays of late season mango varieties are expected to hit supermarket shelves nationwide for a limited time.

The late season drop will see around 564,000 tonnes of late season mangoes hit supermarkets from February through to the end of March.

The sought after varieties include Keitt, Kent and Palmer Australian Mangoes, which are now in stores.

Although they may not be widely known as the earlier season classics such as Kensington Pride, the late season varieties are expected to deliver the taste of summer even as the weather starts to cool.

"Late season varieties pack the unique taste as their first off the tree cousins, but they have the added quality of allowing us the final sweet summer flavour we all know and love as we look towards the autumn months," Mr Nardi said.

"While we're particularly proud of their sweet and delicious flavour profile, many people don't realise that mangoes are also packed with loads of health benefits, making them a mouth-watering and nutritious snack for any time of day.

"There's no hiding from the fact that this season has been challenging, but the final harvest of Aussie mangoes should provide some solace for the year ahead."

Late season varieties will be available nationwide at your local fresh fruit and vegetable retailer.

These late season varieties will be available to tantalise taste buds until mid-March, closing out another successful mango season as the must-have summer item.