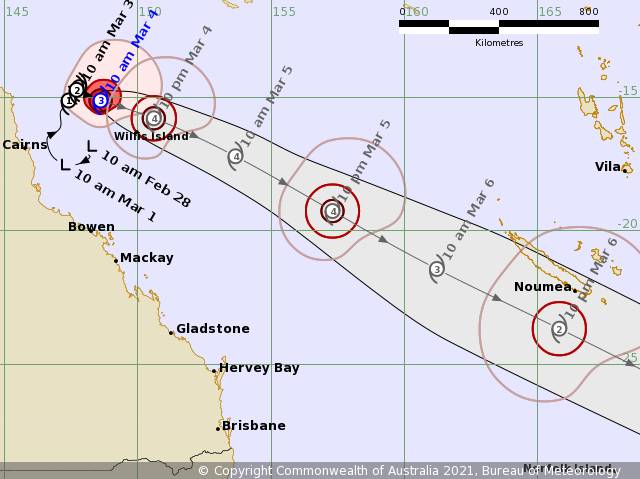 SEVERE Tropical Cyclone Niran has been upgraded to a category three system and continues to rapidly intensify as it moves away from the Queensland coast.

A warning zone is no longer in effect for coastal and Island communities along Far North Queensland.

Cyclone Niran has sustained winds near the centre of 130 kilometres per hour with wind gusts to 185km/h.

⚠️ While #CycloneNiran moves away from the Queensland coast, the Marine Wind Warning summary has a gale warning current for the Cooktown and Cairns coasts, and a strong wind warning for areas including Townsville. More details https://t.co/1gIc51T3hO#QLDweatherpic.twitter.com/aOYWLcfxyk

The system is located 200km northwest of Willis Island and 365km northeast of Cairns and is slowly moving east southeast at 8km/h.

Niran is forecast to rapidly intensify as it adopts an east-southeast track away from the Queensland coast during today.

The system is expected to intensify into a category four Cyclone and will continue moving away from the Queensland coast over the next few days before approaching New Caledonia over the weekend. 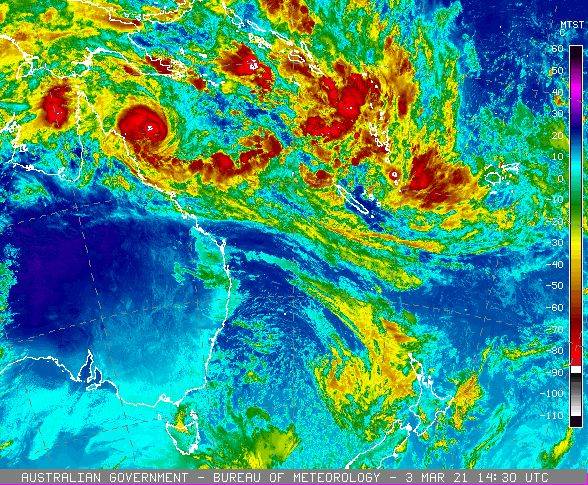 "Confidence in the centre's location is rated as good," a BoM spokesperson said.

"At this stage, the system is forecast to rapidly intensify as it adopts an east-southeast track away from the Queensland coast during today.

"This is based on the fact that Niran appears to be in an environment conducive to rapid development with CIMSS satellite winds indicating the presence of dual outflow channels across the system and low vertical wind shear."

BoM is predicting the system will reach category four intensity to the north of Willis Island on Thursday afternoon. 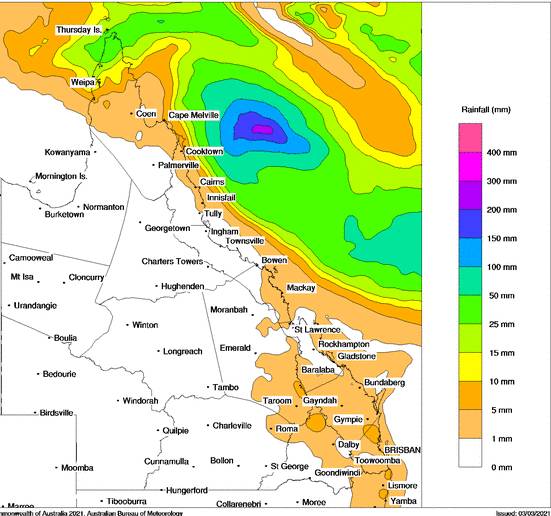 "Further intensification to category five cannot be discounted in the next 24 hours," the spokesperson said.

"There is high confidence that the system will maintain an east-southeast track away from the Queensland coast over the next few days before approaching New Caledonia over the weekend.

"This motion will develop as a result of an upper trough that is currently moving across eastern Australia.

"In the longer term, a combination of increased vertical wind shear associated with this upper trough and cooler sea surface temperatures should lead to a gradual weakening of the system as it moves further across the Coral Sea into the weekend."