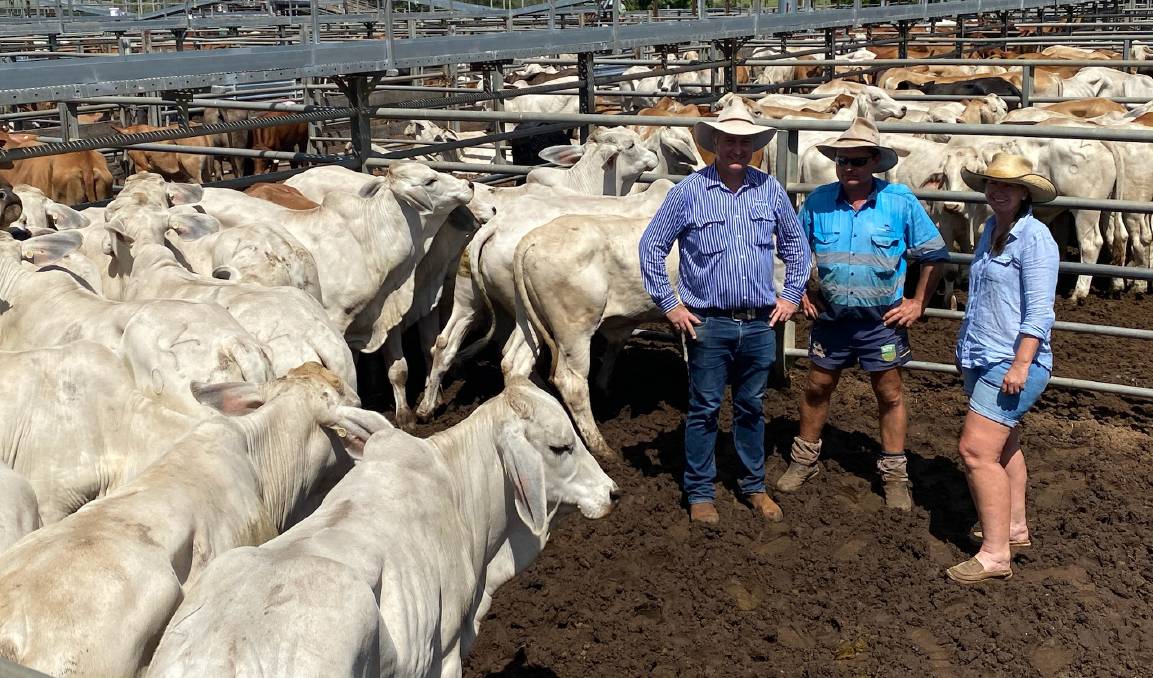 Selling agent Matthew Geaney with Vincent and Tamara Hill-Warner, Charters Towers, who sold a run of steers, with this pen of 22 Brahman No. 0 steers making 450.2c/kg to weigh 292.3kg and return $1315.81/hd.

There was a yarding of 1856 cattle at Charters Towers on Wednesday.

Cattle consisted of some well finished meatworks cattle as well as good lines of Brahman and crossbred store steers and heifers.

The yarding was drawn from the Tablelands, Tully, Ingham, Richmond, Hughenden, Georgetown, local and coastal areas.